At the outbreak of WWII, the Army had 979 Great War-era French 155mm GPFs still on hand although they were being replaced by the new and much more modern M114 155 mm howitzer (many of the latter are still in use in the Third World today).

With the relegation of the old GPF to the reserve, when the balloon went up and German and Japanese subs started crawling just off the U.S. coastline, these vintage guns were pressed into service on what were termed “Panama Mounts,” a semi-fixed installation atop a circular concrete mount that allowed the gun to revolve and rotate in place.

Capable of sending a 95-pound shell out to 17,700-yards every 15-seconds with a well-trained crew, they could shatter the hull of a U-boat with ease or give a surface raider far from home at least a moment of pause. The mounts were so named because they had been first used in the Canal Zone.

Taken in 1943, this picture shows one of two 155 GPF guns that were mounted on top of the fort. Placed on Panama mounts Fort Morgan (Fort Morgan Collection)

Well, it appears that a long lost Panama Mount, manned by the 166th Infantry Rgt of the Ohio National Guard in 1942-43, was exposed after it had been buried in the sand along St. Andrews State Park, uncovered by Hurricane Michael last summer. 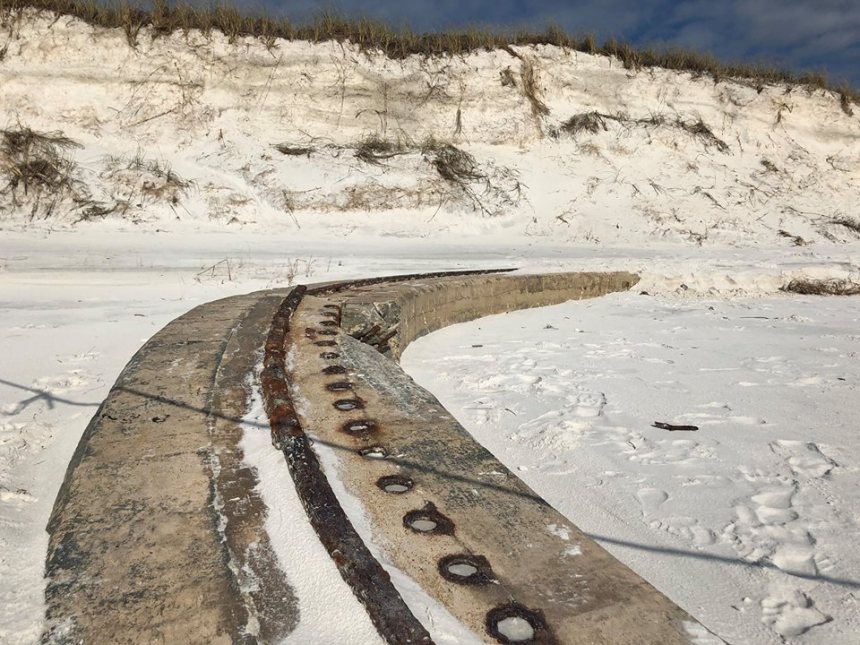