The first Navy ship named for VADM Samuel L. Gravely Jr., it is an appropriate photo for that esteemed warfighter and surface warfare officer who had three wars under his belt.

Commissioned in 1942, he just missed being one of the “Golden 13” of initial African-American officers in the Navy. He went on to be the only black officer on the submarine chaser USS PC-1264, conducting anti-sub patrols up and down the Eastern Seaboard in WWII. During Korea, he was a communications officer on the battleship USS Iowa, a vessel who got in lots of NGFS missions during that conflict. 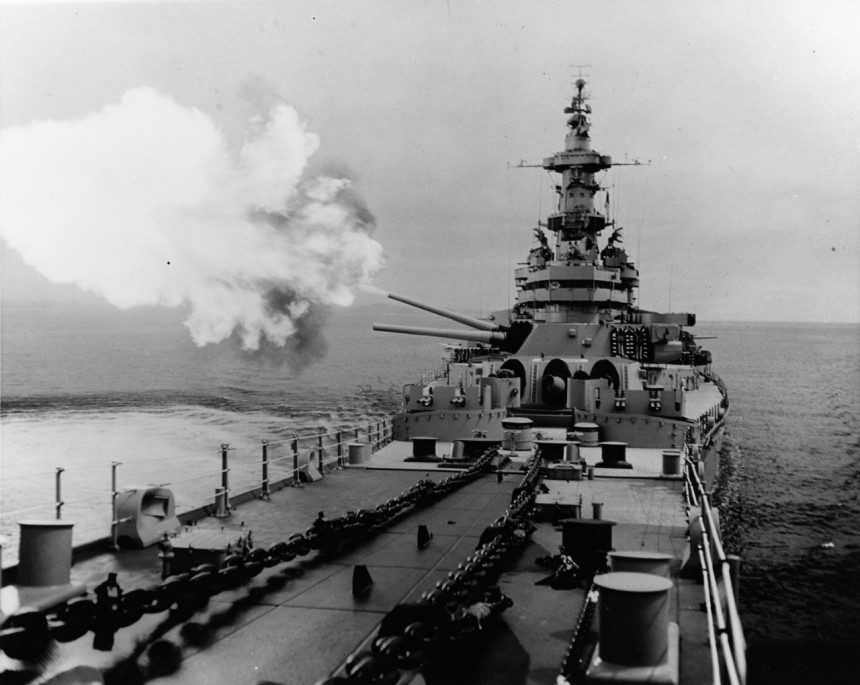 USS Iowa (BB-61) Fires her 16″/50 cal guns at targets in North Korea, circa April-October 1952. The photo is dated 17 December 1952, some two months after Iowa left the Far East at the end of her only Korean War combat tour. Official U.S. Navy Photograph, now in the collections of the National Archives. Catalog #: 80-G-626016

Gravely went on to break out his flag over the Third Fleet and retired from the Navy as head of the DCA. He died in 2004 and, as reflected in his 38 years of active and reserve service, is buried in Arlington National Cemetery.