To reef, or not to reef

Posted on April 26, 2019 by laststandonzombieisland 5 comments

The submarine USS Clamagore (SS-343), a Balao-class 311-foot “fleet boat” of the type that crushed the Japanese merchant fleet during WWII, commissioned on 28 June 1945– just narrowly too late for the war. However, her Naval service was rich, being converted to a GUPPY II snorkel boat in 1947 and later GUPPY III in 1962– one of only a handful to get the latter upgrade.

Decommissioned in 1973, the boat was still in pretty good shape when she was donated as at age 36 to become a museum ship at Patriot’s Point, South Carolina where she has been since 1981, near the WWII carrier USS Yorktown. 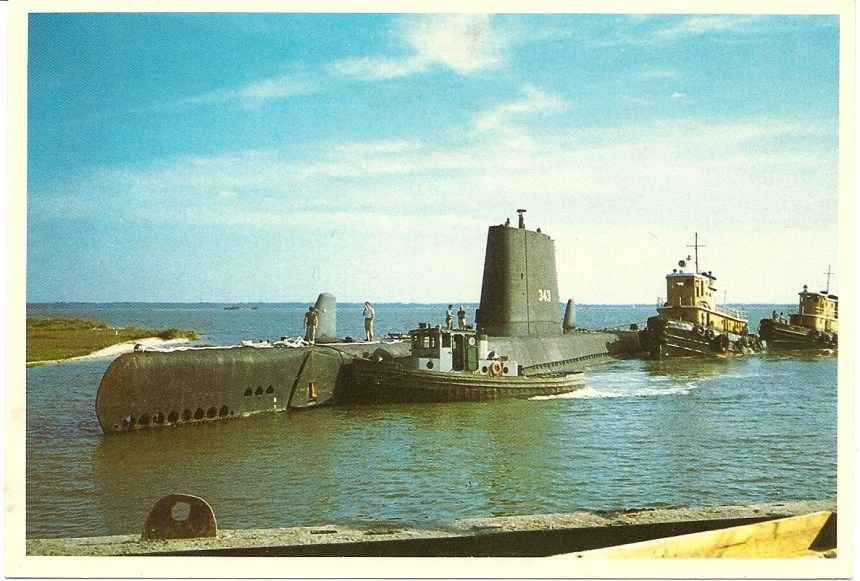 However, in the past 38 years, she has doubled the amount of time on her hull and decks with a bare minimum of upkeep and is long past her fighting prime. So much so that in the past several years, the push to preserve Clagamore has been primarily oriented to raising money to strip her of contaminants and sink her as a reef to be enjoyed by groupers and divers. 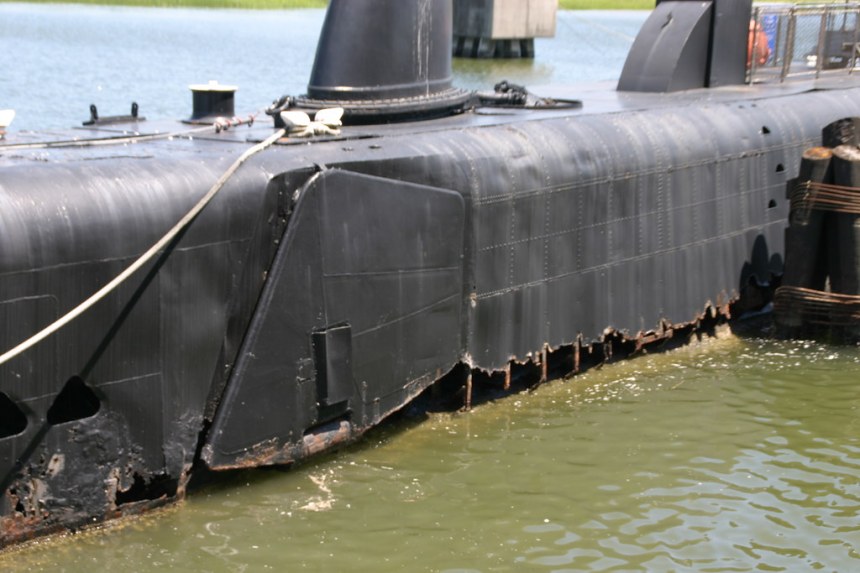 The cost is estimated to run $2.7 million, for which state lawmakers have been asked to chip in.

On the other hand, a group of subvets argues it will only take about $300,000 smackers to save, relocate and restore Clagamore— the last of the GUPPY III boats afloat– to a land berth communal with the H.L. HUNLEY museum in North Charleston, SC. To back up their point, they have filed a lawsuit against Patriot’s Point.

Grab the popcorn on this one.