When I was a kid in the 1980s, when it came to compact (“pocket-sized”) handguns that weren’t derringers, the king of the hill for the past half-century was the Walther PP/PPK. Lower down on the same hill was the even older Colt Pocket/FN1910/Browning Model 1955 blowbacks and Beretta’s seriously tiny .22/.25-caliber “cat guns” (Minx. Bobcat, etc).

Then came George Kellgren’s Keltec P32 in 1999, followed by his P3AT (which was a .380 version of the former), followed by the Ruger LCP (which was a Ruger P3AT with a slide stop added). Then, three years ago, came the Glock 43– which was just barely bigger than the LCP but in 9mm– followed last year by the Sig P365, which was a Walther PPK-sized 9mm with a larger magazine capacity than the G43.

Now, there is the Naroh Arms N1. At 6.1-inches long overall, the hammer-fired N1 is slightly shorter than Glock’s G43 while offering a 7+1 round capacity against the Glock’s 6+1. Best yet, it is supposed to be just $399.

I ran across this it NRAAM in Indy: 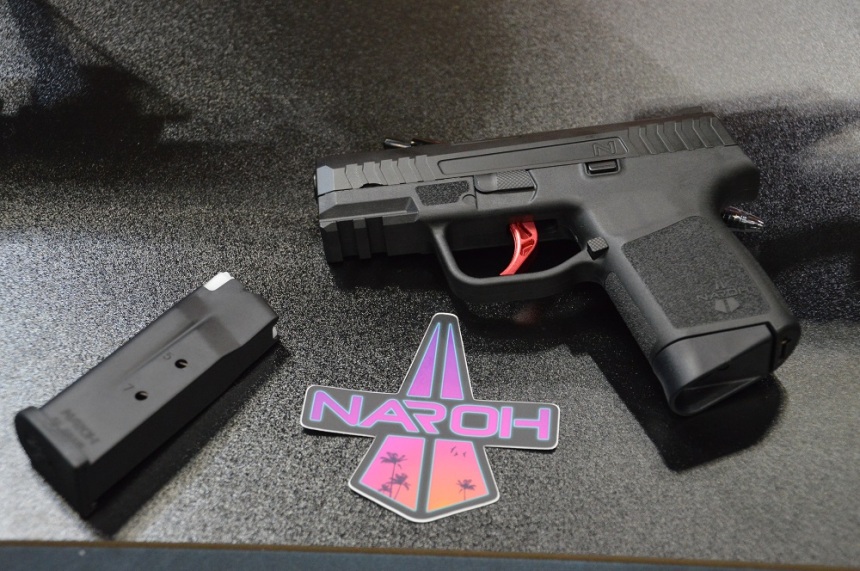 I plan to check out their factory in Florida in the next few weeks. Until then, check out my piece on the N1 over at Guns.com