G19X Rolling Past the 5K Mark 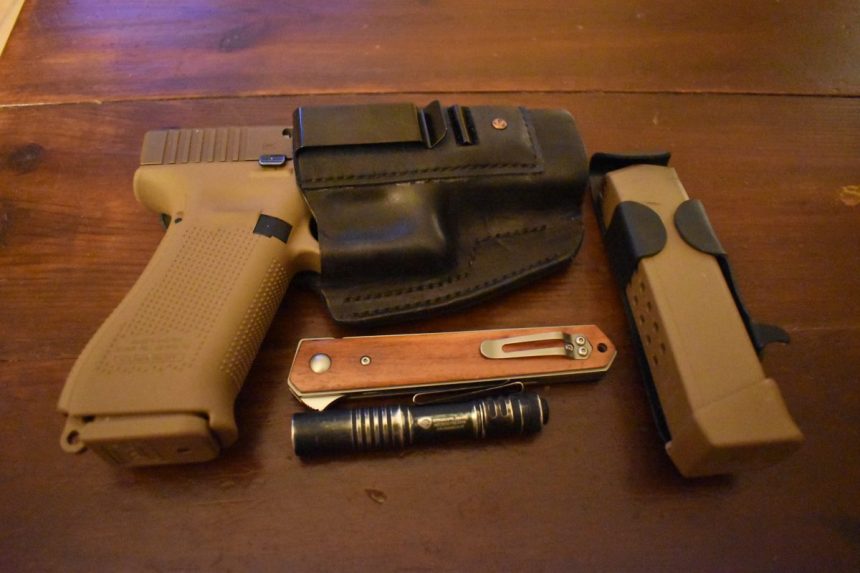 My G19X along with the well-used Boker Burnley Kwaiken and Streamlight MicroStream I tote no matter what along with a Snag Mag. The Glock is wearing an EC custom IWB holster.

While writing a piece on my experiences with the Glock G19X for an upcoming publication, I got to doing bullet math on my personal “Coyote Crossover.” I first picked it up in late 2017 for T&E and over a three-month period ran 2,000 rounds through it– without documented issue number one.

Since then, I have alternated it and my S&W M&P M2.0 Compact and 642 J-frame as training and EDC guns. I can now report that the Glock has surpassed the 5,000 rounds fired mark and is going strong.

The number of jams? Zip other than one caused by a fouled magazine, which wasn’t the gun’s fault.

I’ve cleaned it in the neighborhood of a half-dozen times and only plan to replace the recoil spring as it is a recommended item to swap out every 5K or so.

At the 10K mark, I will post an update and plan to change out the other lesser springs (trigger spring, slide stop spring, magazine catch spring, striker spring, and spring cups) just because that is how I roll.

Of note, I have a cop buddy who has carried his same Gen 3 Glock 19 every day since 2004– it’s his only gun– and has put somewhere on the order of 50,000 rounds downrange with no giant issues, only stopping to replace springs here and there. Does he trust it? Did I mention that he has used it across three departments in the past 15 years?