Who wouldn’t want a 12mm Rocket Launcher at their side?

Invented about the same time as The Jetsons were a hit TV show, nuclear weapons researcher Bob Mainhardt and arms designer Art Biehl came together to form MB Associates (after their initials) to explore rocket projects. In addition to a reasonably popular handheld flare projector, they also looked to produce a series or rocket-firing weapons with an eye towards military contracts.

I give you, the Gyrojet Rocket Pistol, which is a real thing that actually saw some limited use in Vietnam. 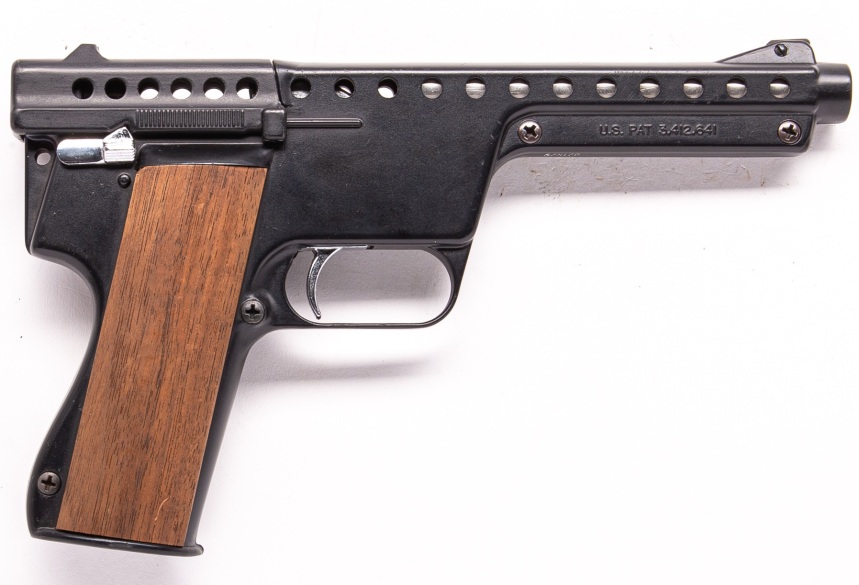