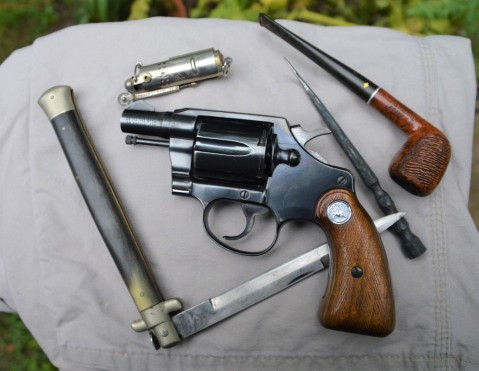 What can I say, everyone loves wheelguns, right? (And yes, that is my Colt Dick along with same-period Roscoe switchblade, thanks for noticing!)

Grosso and his NYPD partner Eddie Egan famously severed the “French Connection” heroin ring in the 1960s, then had a hand in not only the book but the acclaimed Gene Hackman film that followed it. This allowed Grosso to pivot from working a precinct detective pool to become a technical advisor on the Godfather and go on to have a hand in many of the best cop shows of the 1970s including Kojak.

As noted by the NY Times in his obit, he was a snub-nosed fan.

“Until he died, Mr. Grosso carried his off-duty .38-caliber Colt revolver, the very same gun that was taped to the tank of a toilet and fired (using blanks) by Al Pacino in a mob hit in “The Godfather.””