Although Dr. Richard Gatling’s early hand-cranked “battery guns” had been introduced as far back as 1862, for the first 15 years of their existence they were bulky and used a series of unshielded barrels to produce their fire. Round were fed loosely into a hopper and the weapon could produce a (theoretical) rate of fire of about 600 rounds per minute, although due to jams and gas issues, it was typically closer to 200 and often could not be maintained. 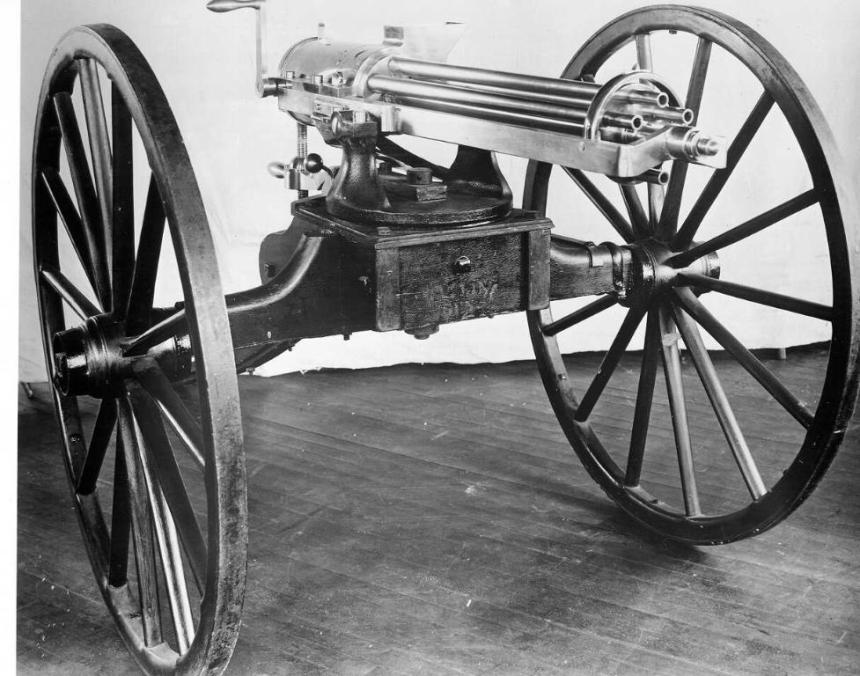 Early Gatling guns, such as this .58-caliber RF 1862 model, with a half-dozen 33-inch barrels, had a rate of fire of 600 rpm, an overall length of 64-inches and a weight, with carriage and limber, of about 630 pounds, unloaded. (Photo: Springfield Armory National Historic Site)

By 1866, Colt took over making Dr. Gatling’s guns and won the first large U.S. Army contract for the devices, one they were eager to keep by introducing upgraded generations. By 1873-ish, the caliber had switched to .45-70 Government and short-barreled “Camel” guns were being produced, which were much more maneuverable.

They called it a Camel gun for a reason…

In 1877, Colt introduced a new model that enclosed not only the barrels but also the breech section in a bronze housing covered by a front plate through which the muzzles protruded. Further, the crank could be rotated to a more ergonomic rear position and, through use of a 40-round Bruce vertical feed mechanism which could be topped off, the rate of fire really jumped to well over 1,000 rounds per minute as the gun in a 10-barreled format, fired 10 rounds with each turn of the crank. Best yet, the smaller 5-barreled gun, when used on a tripod, only weighed 90-pounds.

In an Army test of a prototype gun, one of the Bulldogs fired 1,000 rounds in 79 seconds— which is amazing even by today’s standards– and scored 996 hits on target at a range of 500 yards. Uncle Sam bought 17 Bulldogs for the Army as well as others for the Navy and the model proved popular in overseas sales as well. 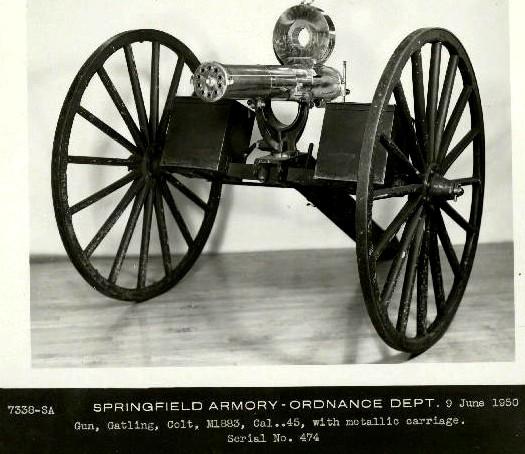 While more modern autoloading machine guns replaced Gatlings in U.S. service, some were still seeing combat in China and the Philippines in the early 1900s.

The M1893 Gatling, the first chambered in .30-40 Krag. This wonder, fitted with 10 31-inch octagon barrels, could let those big buffalo-killer sized rounds rip at 525 rounds per minute, which would produce a giant billow of burnt black powder in the process. Weighing in at 200-pounds (sans bipod) this thing was a beast to run but had all the bells and whistles of a modern Gatling design including the Murphy Stop and the Bruce Feed. 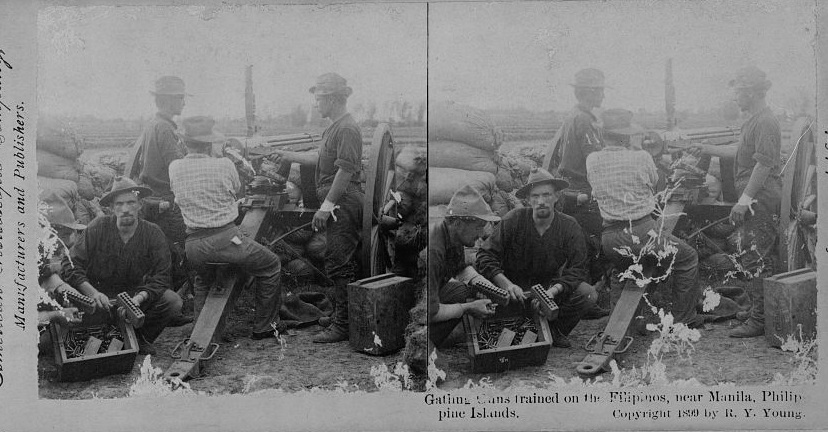 The below unit return, from the 136th Company (Mine), U.S. Army Coastal Artillery, stationed at Fort Hancock, New Jersey, details they were still practicing with their .30-caliber Gatlings as late as October 1914. It would have been interesting to imagine them repelling an assault by the Kaiser’s infantrymen with such gear. 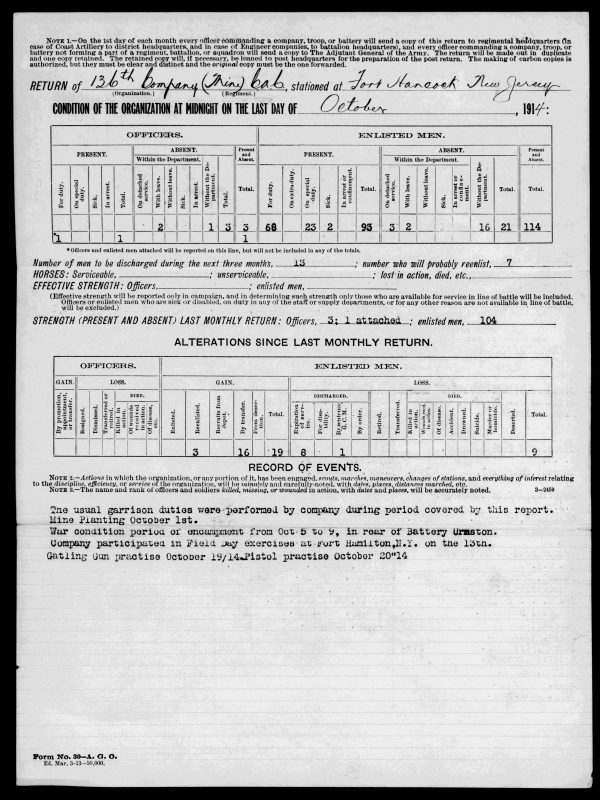