Keith Henderson was born on 17 April 1883 in Scotland and was reared there and in London. The son of a barrister, Henderson was artistically inclined and studied at Marlborough College, the Slade School of Art
and on the continent at the Académie de la Grande Chaumière, later going on to have a studio in Paris prior to the Great War.

He was known for a variety of landscapes, aviary images, and still life studies as well as illustrating at least four popular books. 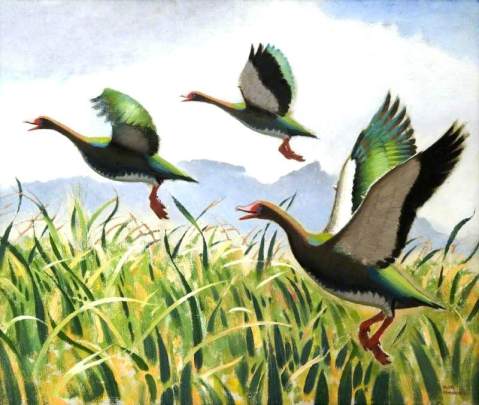 When the lights went out all across Europe in 1914, Henderson, in his early 30s, volunteered for the Royal Wiltshire Yeomanry (Prince of Wales’s Own) — a fairly gentlemanly unit, ranked No. 1 in Yeomanry Order of preference— and served on the Western Front in the unit, which was horse-mounted during the first few years of the conflict, and then served as infantry in the latter stages of the Great War.

Rising to the rank of Captain, he continued to paint and included several such haunting wartime images in a collection of letters he wrote to his wife that was later published. 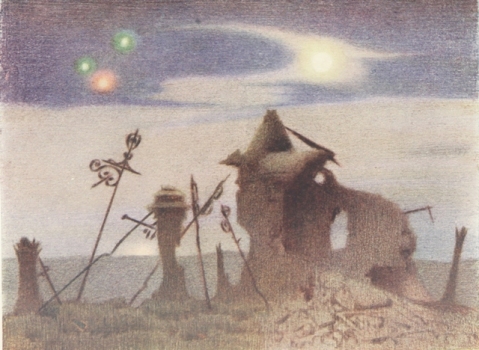 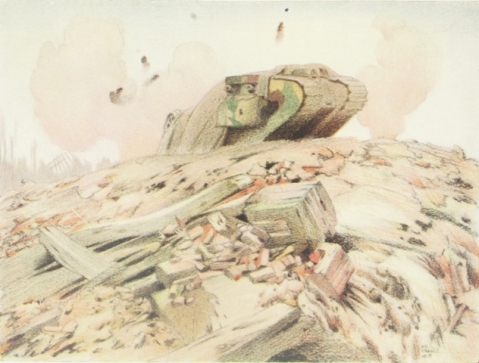 Between the wars, Henderson traveled extensively and completed both a myriad of illustrations for at least 14 books as well as walls of memorable and distinctive travel posters for the London Transport and the Empire Marketing Board. 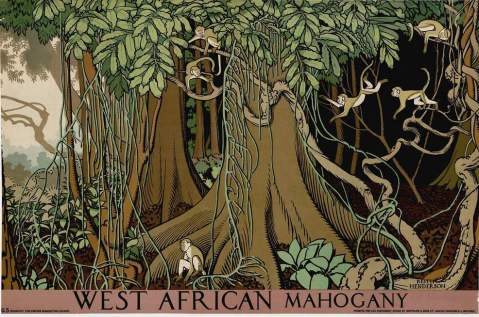 When World War II came, Henderson, then in his 50s, was too old for front line service but pitched in as best he could in other ways, namely as a full-time war artist for the RAF.

In this role he was given lots of access to Bomber Command and Coastal Command operations, producing a number of captivating images. 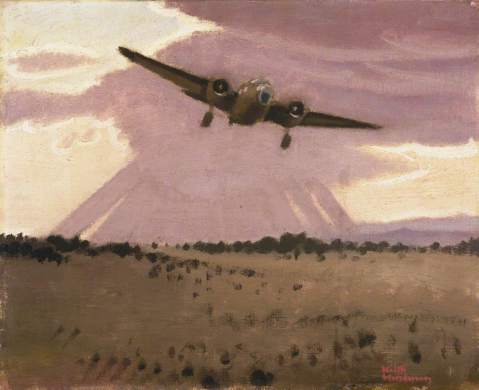 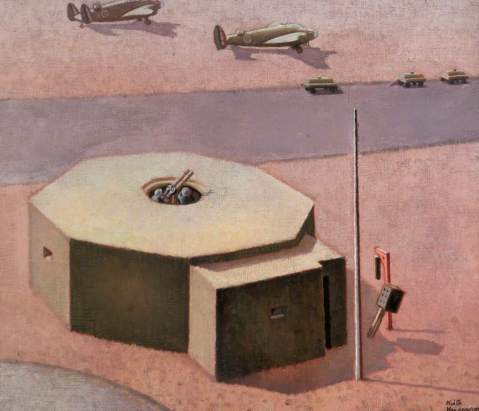 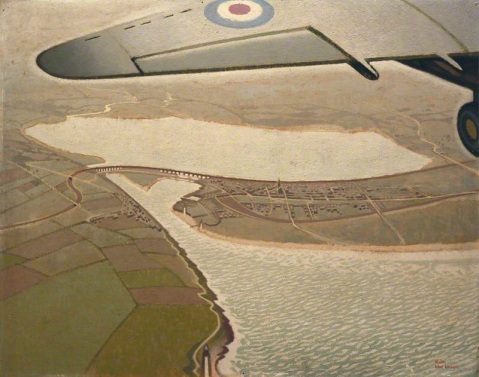 After the war, Henderson continued to paint, illustrating another 60 books, working well into the 1970s.

More than 60 of his works are on public display across 19 venues in the UK as well as other sites overseas.