Has Vortex cracked the combat optic of the future?

Wisconsin-based Vortex Optics announced Monday they have entered into an agreement with the U.S. Army an agreement to deliver a possible component of the service’s Next Generation Squad Weapon.

The contract between the Pentagon and Vortex is an Other Transaction Authority (OTA) agreement, an award type traditionally used to fund innovative prototype procurement and development of forward-looking technology. As such, Vortex will provide production-ready prototypes for use in Soldier TouchPoint evaluations.

The optic at the center of the OTA is Vortex’s 1-8×30 Active Reticle Fire Control, which the veteran-owned company explains is “built around a revolutionary technology based on many years of internal research and development, along with multiple cooperative development efforts with the Army’s PM-Soldier Weapons group.”

The Active Reticle has reportedly been proven to increase hit percentage and decrease time to engage during Soldier TouchPoints in the past two years. In the case of a battery power loss, users still have an uncompromised 1-8x, direct-view optic and glass-etched reticle, which alone exceeds current optics. 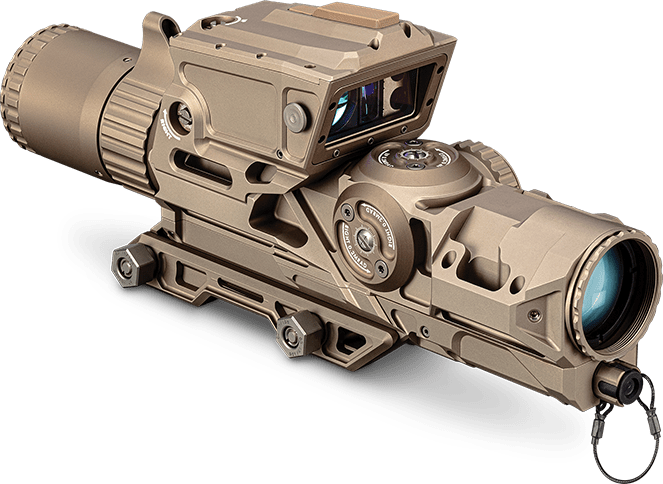 And it looks pretty sweet.