U.S. soldiers on the beaches of Aitape, New Guinea, April 22, 1944, on this day 76 years ago, reminding us that it wasn’t just the Devils who island-hopped across the Pacific.

The soldiers are likely of the Montana National Guard’s 163rd Infantry Regiment, 41st Infantry Division (“Sunsetters”). Note their early M1 Carbines, which had only entered regular production in May 1942, less than two years previously.

The 41st’s other two Regimental Combat Teams, the 162nd, and 186th, were making landings at Humbolt Bay on the same day, leaving the Montanans to take the airfields at Aitape-Tadji alone, dubbed Operation Persecution, and push back units of the Japanese 18th Army. 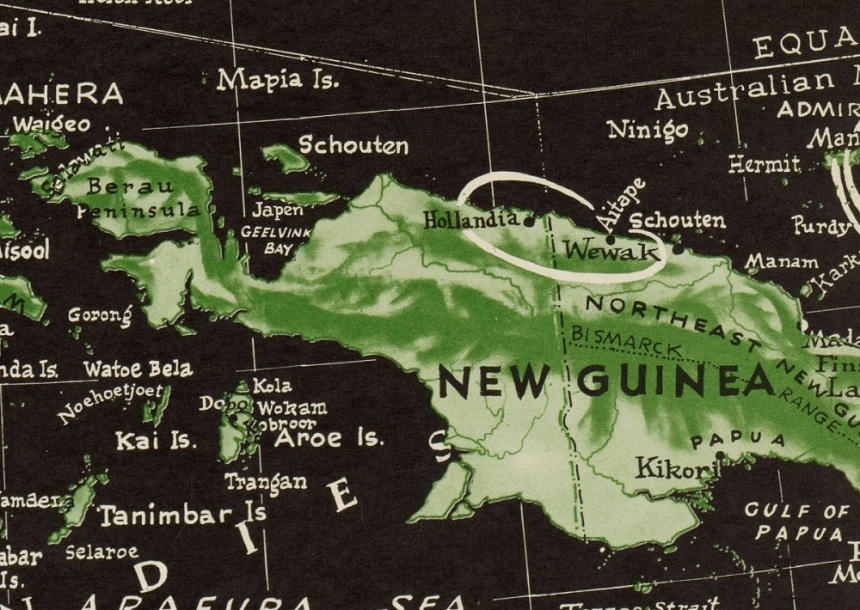 The 163rd moved rapidly and secured the beach then moved inland, replaced by the follow-on 32nd Infantry Div two weeks later, only to move on to the hell that was Biak.

Formed during the Great War and inducted into federal service 16 September 1940 at Billings for their Second World War, the 163rd fought throughout Papua/New Guinea and the Philippines, earning a Presidential Unit Citation. They ended the war on occupation duty in Honshu.

Today they form the MNG’s 163rd Cavalry Regiment and celebrated their 100th anniversary in 2017.