Upward and Onward, 70 years ago

19 November 1950: “A pilot of the Flying Cheetahs, the South African Squadron fighting in Korea with the Unified Forces, getting ready to take off for a mission.”

You’ll note the pilot is at the stick of a P-51D Mustang, the “Cadillac of the Sky” during WWII. However, just a half-decade later the renowned dogfighter was obsolete at best when compared to the early jets of the day and in the USAF had been relegated to second-line service with the Air National Guard in favor of the P-80 Shooting Star.

Nonetheless, the South Koreans flew the Mustang and the U.S. Navy, using the carrier USS Boxer as a ferry, carried a deck load of the aircraft to the theatre just a couple months after the balloon went up, for use not only with the ROKAF but also with UN forces– such as the Royal Australian Air Force’s No.77 Squadron and the South African Cheetahs– in need of a supportable tactical fighter still capable of mixing it up with North Korean Yak-9s while able to drop rockets and 500-pound bombs on things below.

The Cheetahs, officially No. 2 Squadron, SAAF, was only a decade old in 1950 but had flown Hurricanes, P-40s and Spitfires in World War II, seeing plenty of action across North Africa, Sicily, Italy, and Yugoslavia.

Deploying to South Korea in September 1950, they picked up loaned American P-51Ds at Johnson AFB in Japan and landed in Korea, 49 officers and 206 men strong, two months later. Their first combat sortie staged from K9 Airfield on 19 November– 70 years ago today– and it would be the first of many. They would soon switch to K13 and K10, operating from the latter through December 1952.

Used primarily for interdiction missions while attached to the 18th (U.S.) Fighter Bomber Wing, the standard per aircraft loadout against road and railway targets was two 500lb bombs, six 5-inch (127mm) HVAR rockets, and a maximum load of .50-cal ammo.

For attacks on supply areas and for close support missions the bombs were usually replaced with two 110-gallon drop tanks filled with napalm and fused with modified white phosphorous grenades.

One-quarter left front view of a 2 SAAF North American Mustang Mk. IVA ‘Miss Marunouchi’ (s/n KM361) parked beside the runway, somewhere in Korea. In the background, two more Mustang Mk. IVs are visible. Each aircraft bear the markings of the 2nd Squadron of the South African Air Force, and is armed with two bombs and four rockets.

The Cheetahs were considered “mud movers” due to the amount of dirt they threw in the air on ground attacks and, likely due to the airfields they worked from.

As noted by the SAAF, “While equipped with Mustangs, the squadron flew 10,373 sorties and out of a total 95 Mustangs acquired, no fewer than 74 were lost due to enemy action and accidents. Twelve pilots were killed in action, 30 missing and four wounded.” 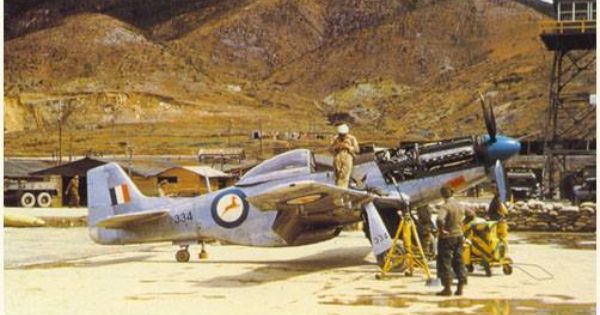 Finally jumping to the jet age, the Cheetahs transitioned to (loaned) F-86F Sabres in January 1953 and began missions from K55 two months later. “The squadron flew a total of 2 032 sorties in the Sabres. Only four Sabres were lost out of 22 supplied,” notes the SAAF. 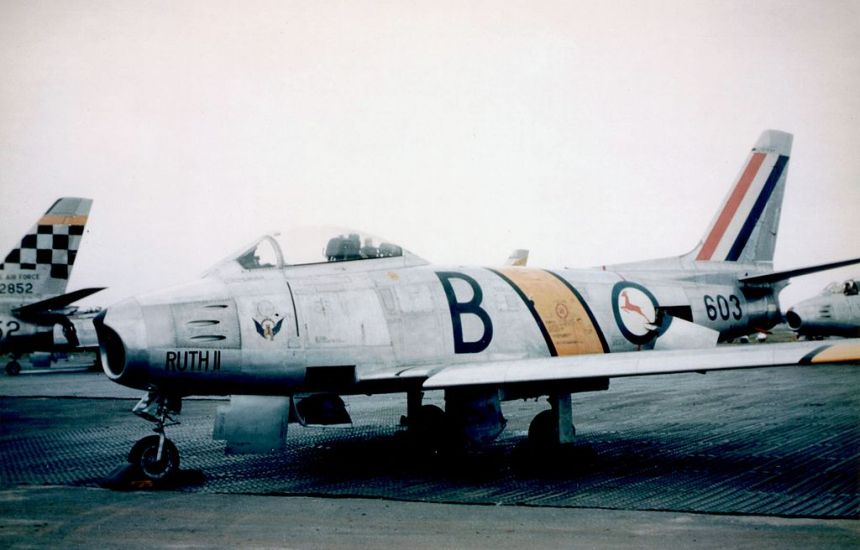 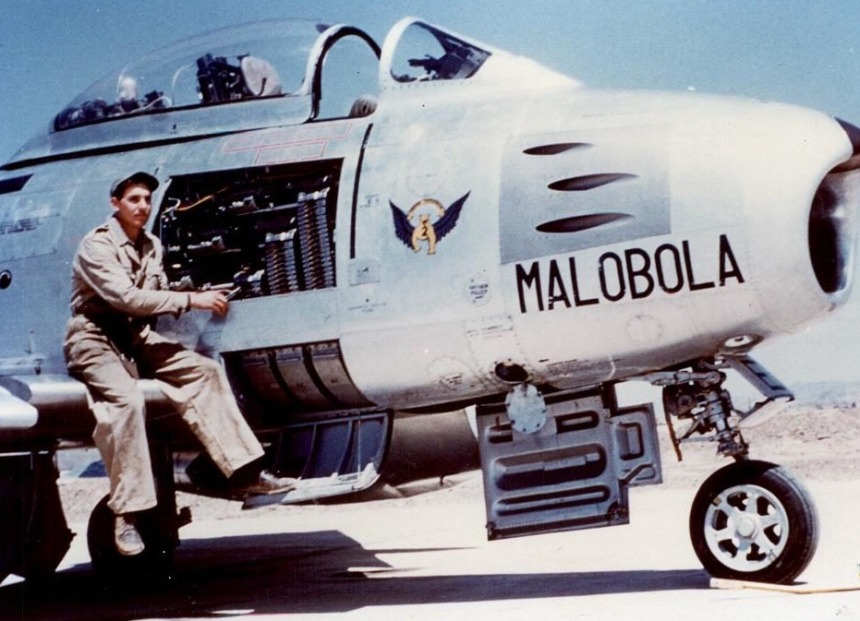 They earned over 420 individual decorations as well as Presidential Unit Citations from both the U.S. and South Korean governments.

Leaving Korea on 31 October 1953, the Cheetahs gave their Sabres back to Uncle Sam but, after returning to Waterkloof AFB, would later be equipped with Canadair Sabre Mk.6s until transitioning to Mirages in the 1960s, although some lingered on into the early 1970s.

10 Dassault Mirage IIIs, four F-86 Sabres, three Buccaneers, and four Canberras of the SAAF on the tarmac in the 1970s. At the time the force was heavily involved in various bush wars both officially and unofficially.

As for the Mustang’s legacy in the country, today, the SAAF Museum at Swartkop Air Force Base maintains a former Swedish & Dominican Air Force P-51D, SN 44-72202 –”Patsy Dawn” the only such aircraft preserved in Africa.

Also, there is a tangible reminder of 2 Squadron SAAF in the ROK. On 22 December 1975, a memorial to the unit was dedicated at Pyongtaek, by the South Korean government.