Some 77 years ago today, in the remote mountainous frontier area between India and Burma, an extremely understrength parachute light infantry brigade began an epic week-long battle against a Japanese force that was both much larger and much better armed– never an ideal task for airborne troops.

The place was Sangshak and the paras were from the 50th Indian Parachute Brigade, made up of 152 (Indian) and 153 (Gurkha) Parachute Battalions along with supporting troops. 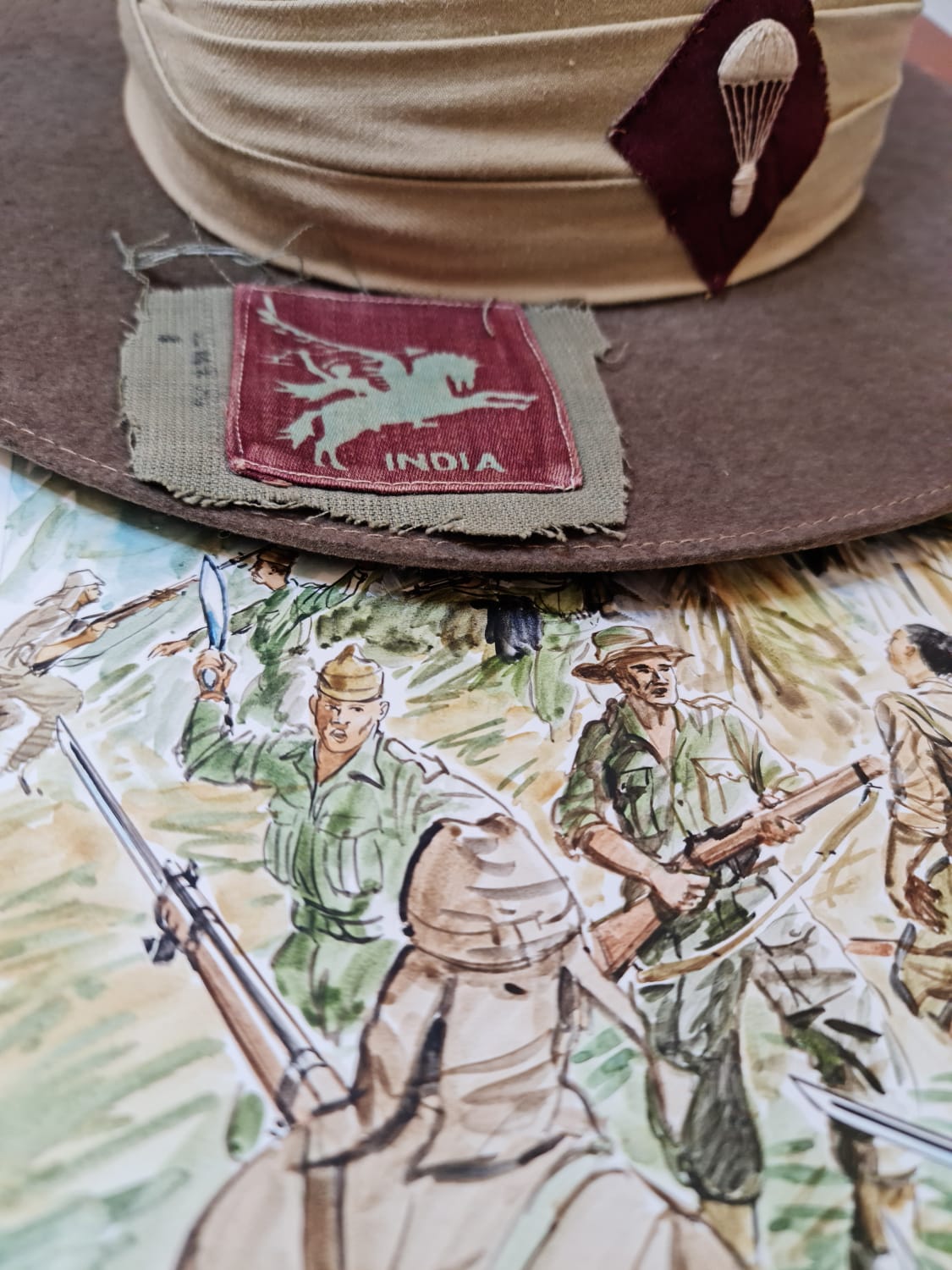 The battle was never supposed to happen, it turned out that the Japanese 15th and 31st Divisions, infiltrating toward India, blundered into the Indian/Gurkha paras while the latter were working patrols. Nonetheless, it was a nightmare for all involved.

As noted by Paradata:

The Indian Parachute Brigade group held up the Japanese advance for six days, in appalling conditions, inflicting heavy casualties on the enemy but at great loss. Fierce hand-to-hand fighting revolved around the Sangshak church within 200 yards of Brigade headquarters. Counter-attacks with bayonet and Kukri drove the Japanese back.

And from The Museum of the Parachute Regiment & Airborne Forces in Duxford:

On the 26th March, with both sides nearing complete exhaustion, the arrival of the 5th Indian Division allowed the Brigade to ‘fight its way out’ back to Imphal, having lost 40 officers and 585 men.

Patched back up, the Indians and Gurkhas would later finish the war with a drop into Rangoon. 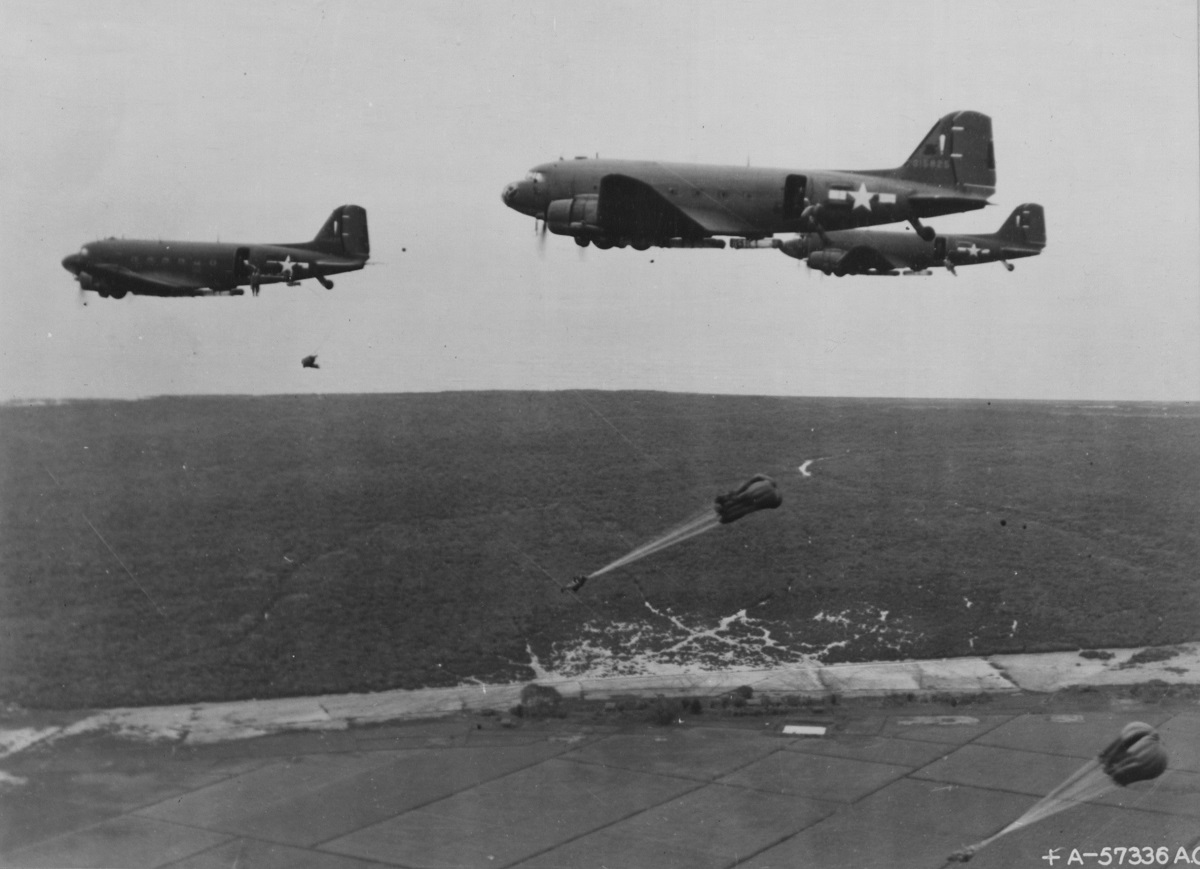 “Rangoon Assault – As The Chutes Of Three Gurka Paratroopers Open Up Over Their Dropping Zone Near Rangoon, Three More Gurkhas Stolidly Step Out Of USAAF’s C-47’S Of The Combat Cargo Task Force, Eastern Air Command. This Is Precision Jumping In The Airborne phase of the land, sea, and air attack launched south of the Japanese held capital of Burma. Parapacks, containing equipment and supplies needed by the paratroopers, are carried like bombs under the bellies of the plane. They will be dropped as soon as the men have cleared the aircraft. U.S. Signal Corps photo via NARA 342-FH-3A37292-A57336AC

“Killing Japanese Is Great Sport To This Husky Gurkha Paratrooper, Who Smiles As A Fellow Member Of His Unit Helps Him Buckle On His Equipment While He Waits His Turn To Board A Usaaf C-47. Pilots Of The Combat Cargo Task Force, Under Major Gen. George E. Stratemeyer’s Eastern Air Command, transported these fighters to the jumping ground behind Japanese lines. U.S. Signal Corps photo via NARA 342-FH-3A37291-57336AC 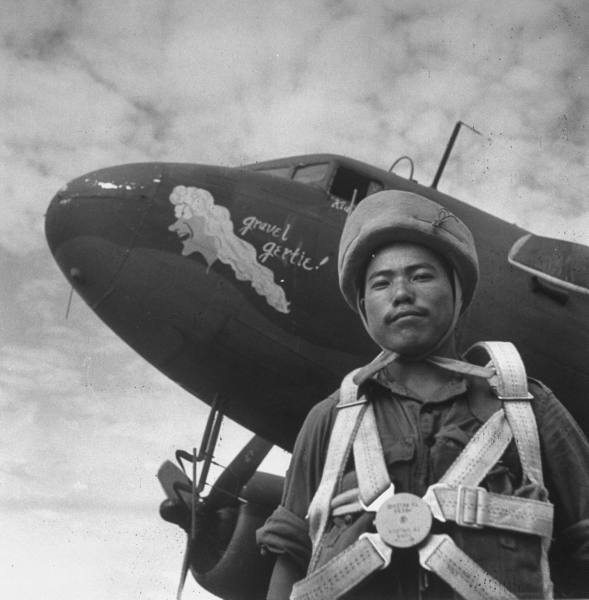 Mind the Kukri! Gurkha Paratroopers prepare to drop into Burma during Operation Dracula on May 1, 1945. The Gurkha Paratroopers were dropped from C-47s of the 2nd Air Commando Group on Elephant Point at the mouth of the Rangoon River where they captured/destroyed several Japanese gun positions overlooking the sea approaches to Rangoon. LIFE Magazine Archives – Jack Wilkes Photographer

One anecdote from the formation of the Gurkha parachute unit at Delhi in October 1941 was that the hardy mountain men were absolutely ready to jump out of a moving airplane to fight, but were greatly relieved when later told they would do it with a parachute!

Gurkha Paratrooper going into action against the Japanese near Rangoon, Burma SC photo via NARA 342-FH-3A37293-B57336AC