The famed “blue devils” of the French Army’s 13e Bataillon de Chasseurs Alpins (13e BCA) date back to before the Crimean War, when they were initially raised as the plain old 13e Bataillon Chasseurs à Pied (13e BCP), fighting as such in Algeria, the Italian unification wars, and the Franco-German War.

Transitioning into crack mountain infantry in 1888, they guarded key Alpine passes in peacetime, then in the Great War fought in the Vosges, the Somme, in the Italian Alps against the Austrians, and generally everywhere they were needed, earning seven unit Croix de Guerre by 1918. 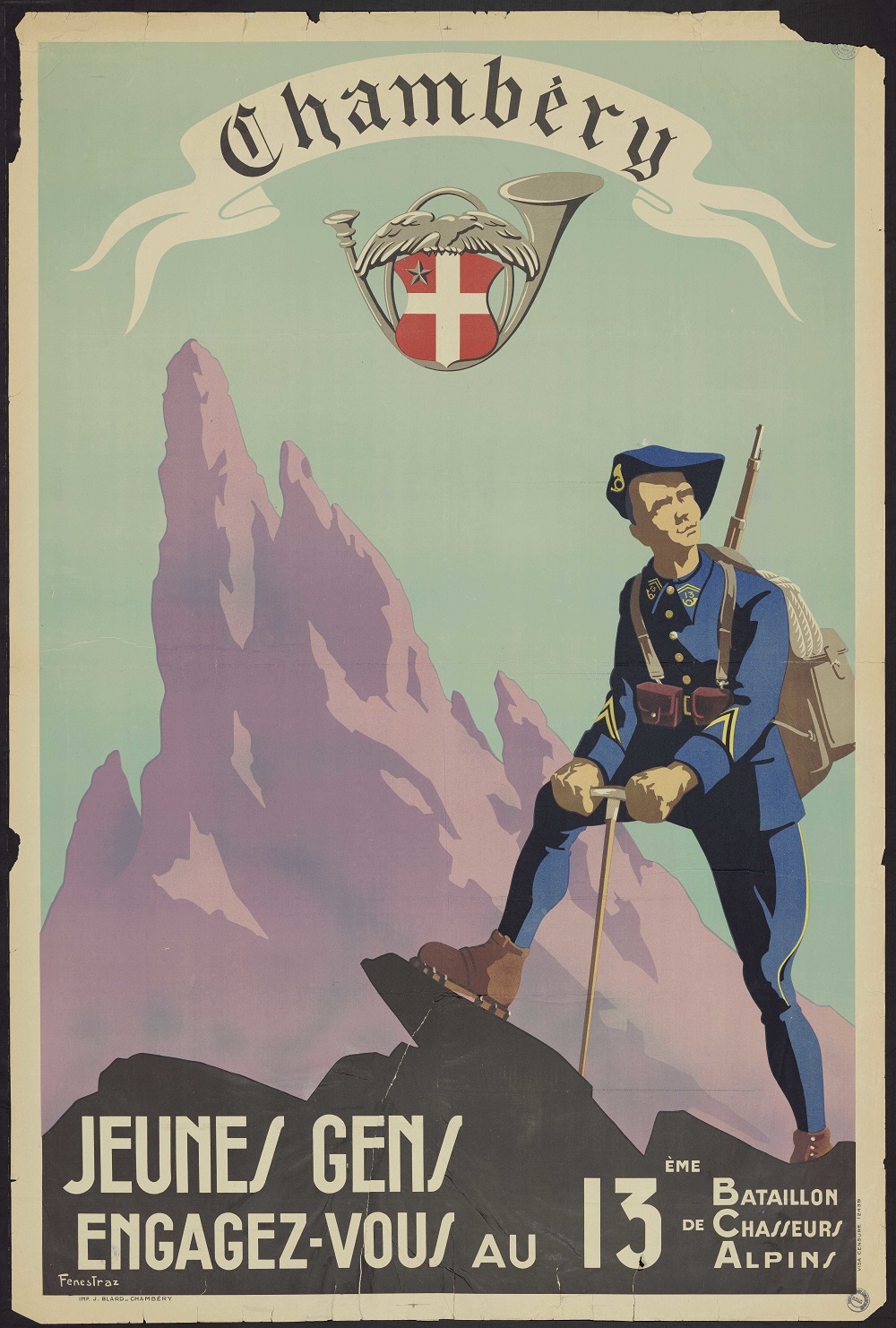 The blue devils received their name due to their dark blue uniforms and large berets, retained to this day in their service and dress uniforms. Hard fighters, their motto is “Jamais être pris vivant,” (Never to be Taken Alive)

Interbellum, they remained on the move for the Occupation of Germany with vacations in sunny Tunisia to fight insurgents for the glory of the Republic.

Chasseurs alpins during the Occupation of the Ruhr in Buer (now Gelsenkirchen), 1923. Bundesarchiv, Bild 102-09896

In WWII, following honors in the battle for Narvik against German mountain troops trying to hold on to Norway, they returned home to be dissolved by the Vichy government leaving most of its members to shrug and quietly join the maquis resistance. Reforming their battalion in August 1944, they fought for and captured the Grand Roc Noir (11,752 ft) from the Germans before descending into the Aosta Valley in Italy by the end of the war. 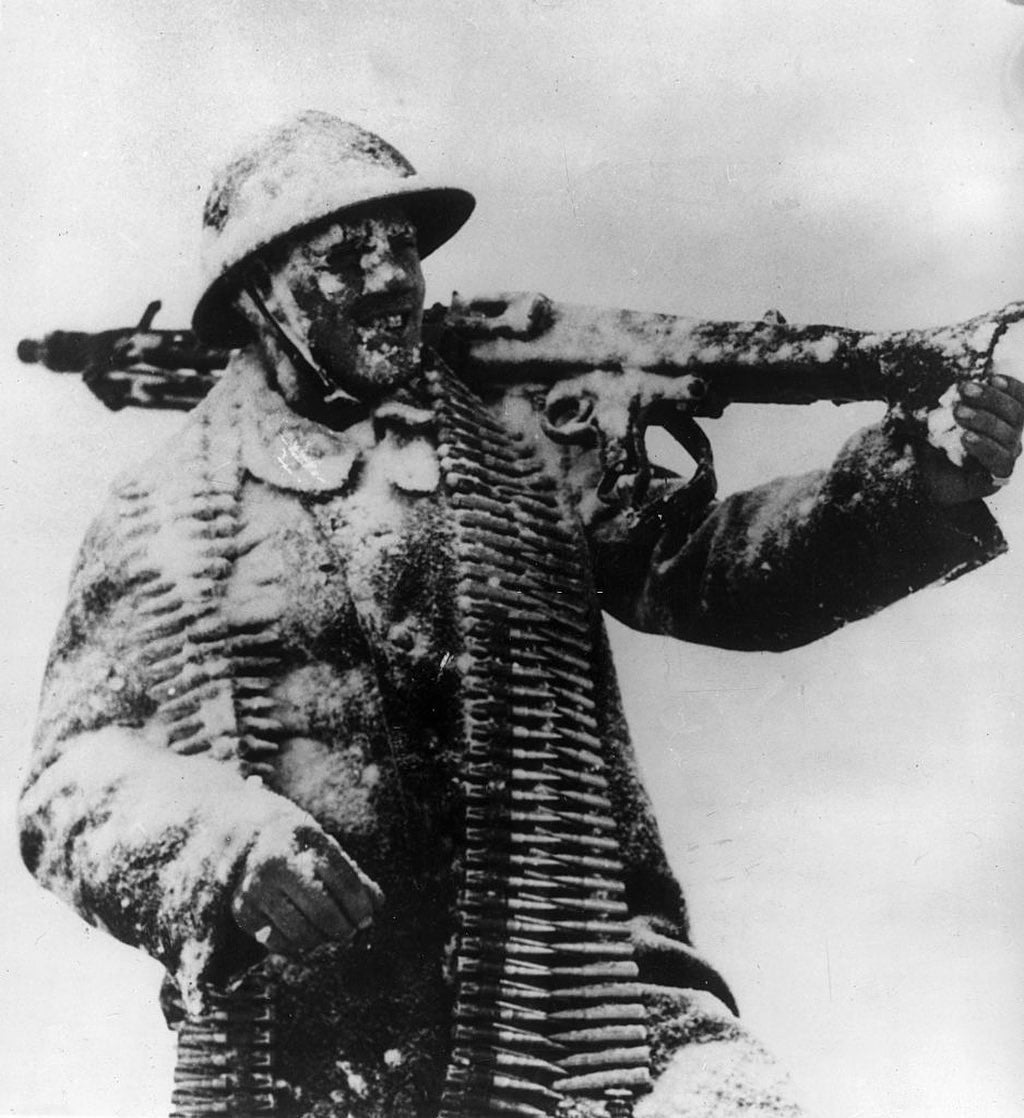 French Chasseurs Alpins showing off a captured MG42 in the Alpine mountains, January 1945.

Since then, they fought in Algeria, prepared for mountain combat in the Cold War, and, since that thawed, have been very busy in recent years with deployments to Bosnia, Lebanon, Chad, Kosovo, Afghanistan, Iraq, and Djibouti.

Why all this about the 13th BCA?

Well, they were chosen to be the first unit of the French Army to receive the FN SCAR H PR series precision rifle in 7.62 NATO, for use by their designated marksmen and snipers out to 800m. 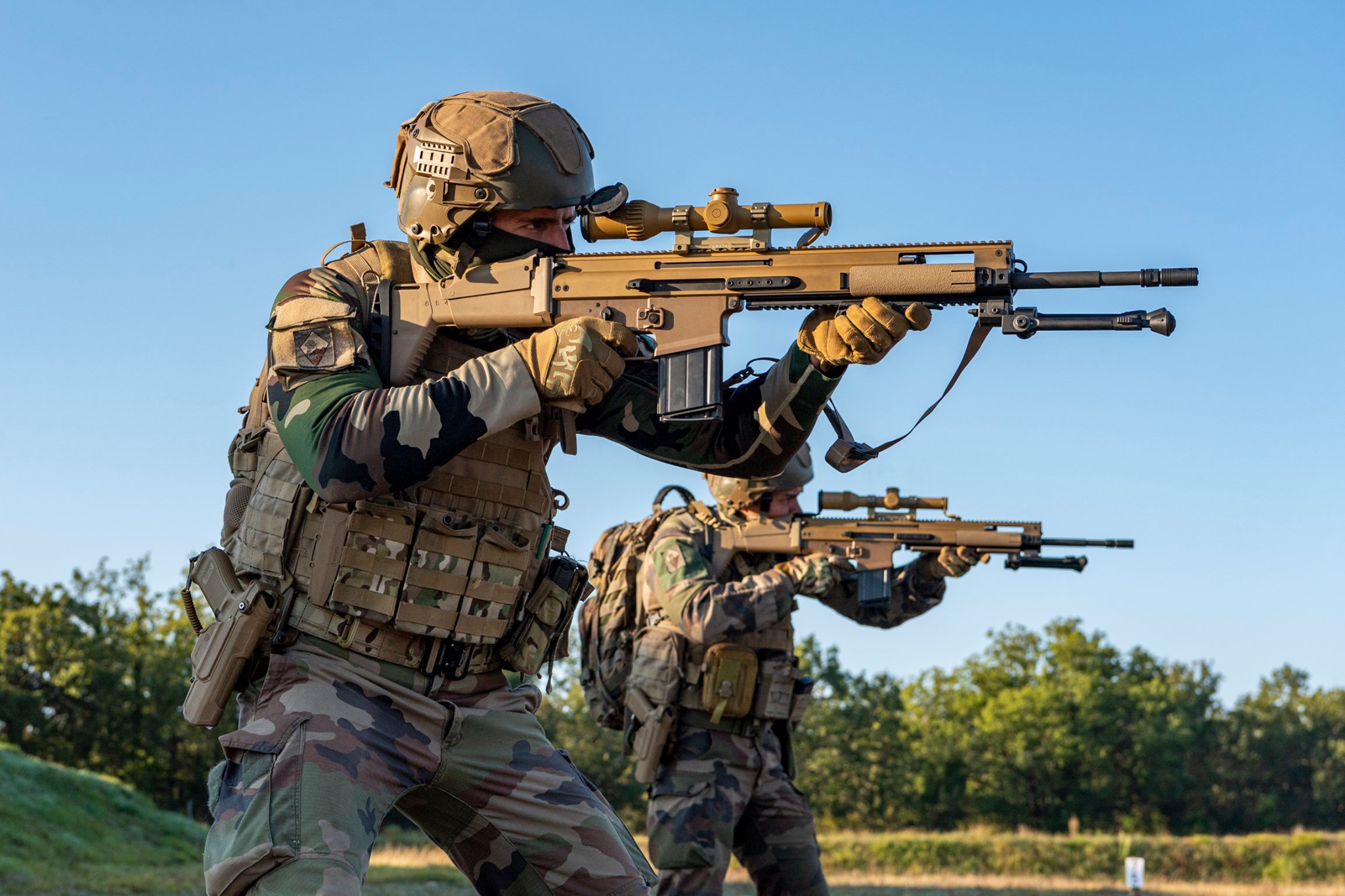 The guns will replace the old MAS-derived GIAT FR F2 bolt gun that has been the French standard sniper rifle since the 1980s.

Incidentally, the Chasseurs Alpins wear a distinctive piece of headgear: an oversized beret they call la tarte, or ‘the pie” and it is actually more useful than you think. 1st Lieutenant Clement from the 27th Brigade Chasseurs Alpins unit explains the various uses of la tarte, from keeping your feet warm to protecting your eyes from the sun. Clement and his fellow mountain infantry soldiers deployed to Rena, Norway for Exercise Brilliant Jump 22, which tested the ability of the very high-readiness component of the NATO Response Force: