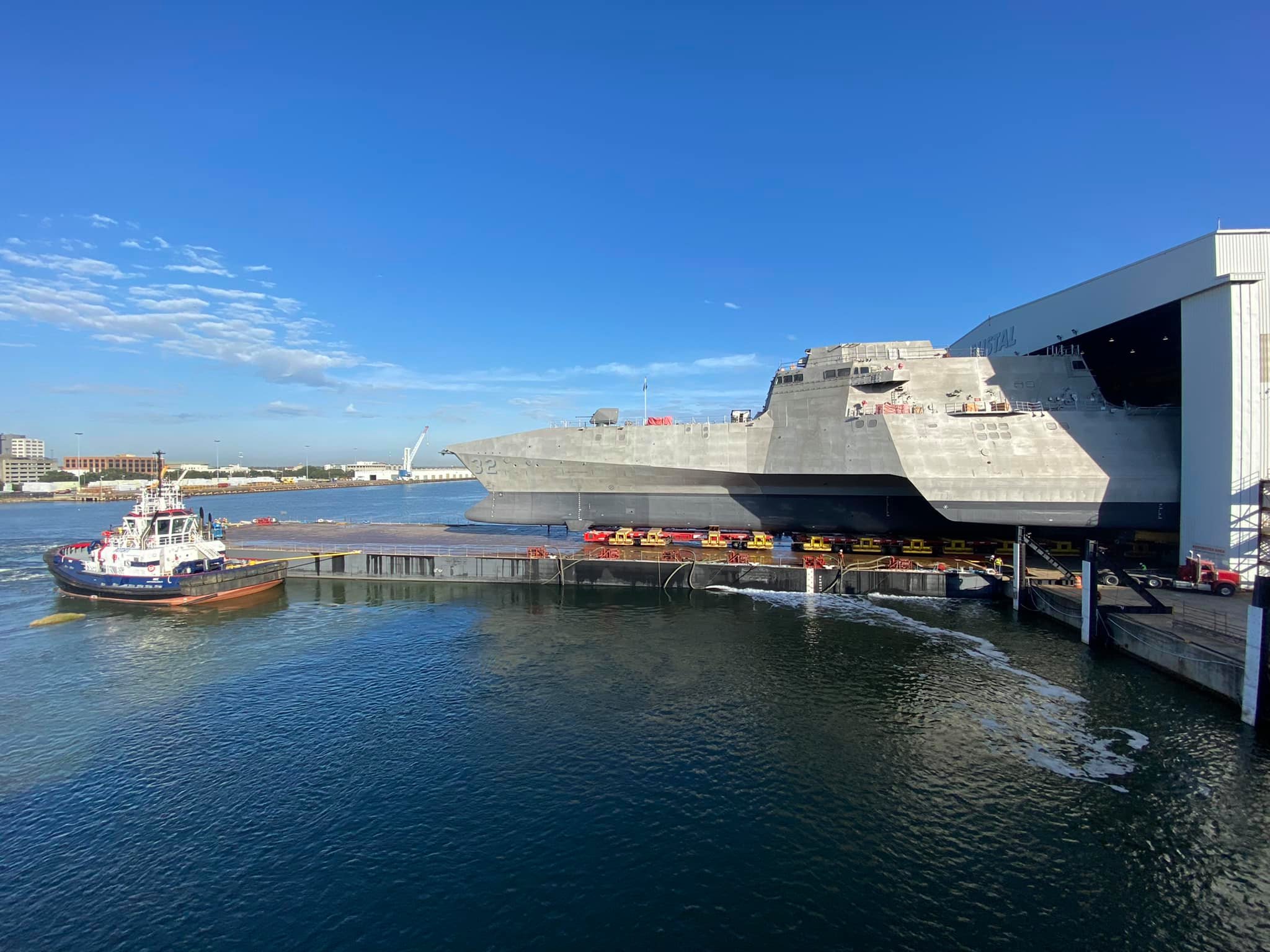 The 16th Independence-class littoral combat ship was laid down last October and, with the rollout, is nearing her official launching and christening. There are only three more of her class on the schedule.

While replacing frigates on the Naval List, they are being named instead after small cities, a tradition used for light cruisers, gunboats, and transports/auxiliaries. The previous two Santa Barbaras have been of the latter type.

The first, a 13,000-ton single-screw freighter, was taken over from the Atlantic & Pacific Steamship Co. in 1918 and served with the Naval Overseas Transportation Service (NOTS) during the Great War.

Returned to her owners, she continued in the merchant trade as SS American until she was sunk by U-504 off Belize in 1942.

Ammunition ship USS Santa Barbara (AE-28) underway with the aircraft carrier USS John F. Kennedy (CV-67) battle group. The ship, which is part of Task Group 24.4, is in an 18-ship formation that is transiting the North Atlantic Ocean to the Mediterranean Sea. 8.12.1988 DN-ST-89-01280 by PH2 William Lipski

The second Santa Barbara— and the first ordered by the Navy– was the Kilauea-class ammunition ship (AE-28). Commissioned 11 July 1970, she was transferred to the MSC in 1998 as T-AE-28 for another seven years of service with a civilian crew.

With that, it will be kinda nice that the third ship named for the California city that is, in turn, named after the patron saint of artillery, will be carried by a warship, even if it is an LCS.