Sorry, am on the road in North Alabama at an industry event so we have a shorter than normal WW this week. Will return to full-sized installments next week when I have returned home to my “more defensible location.” 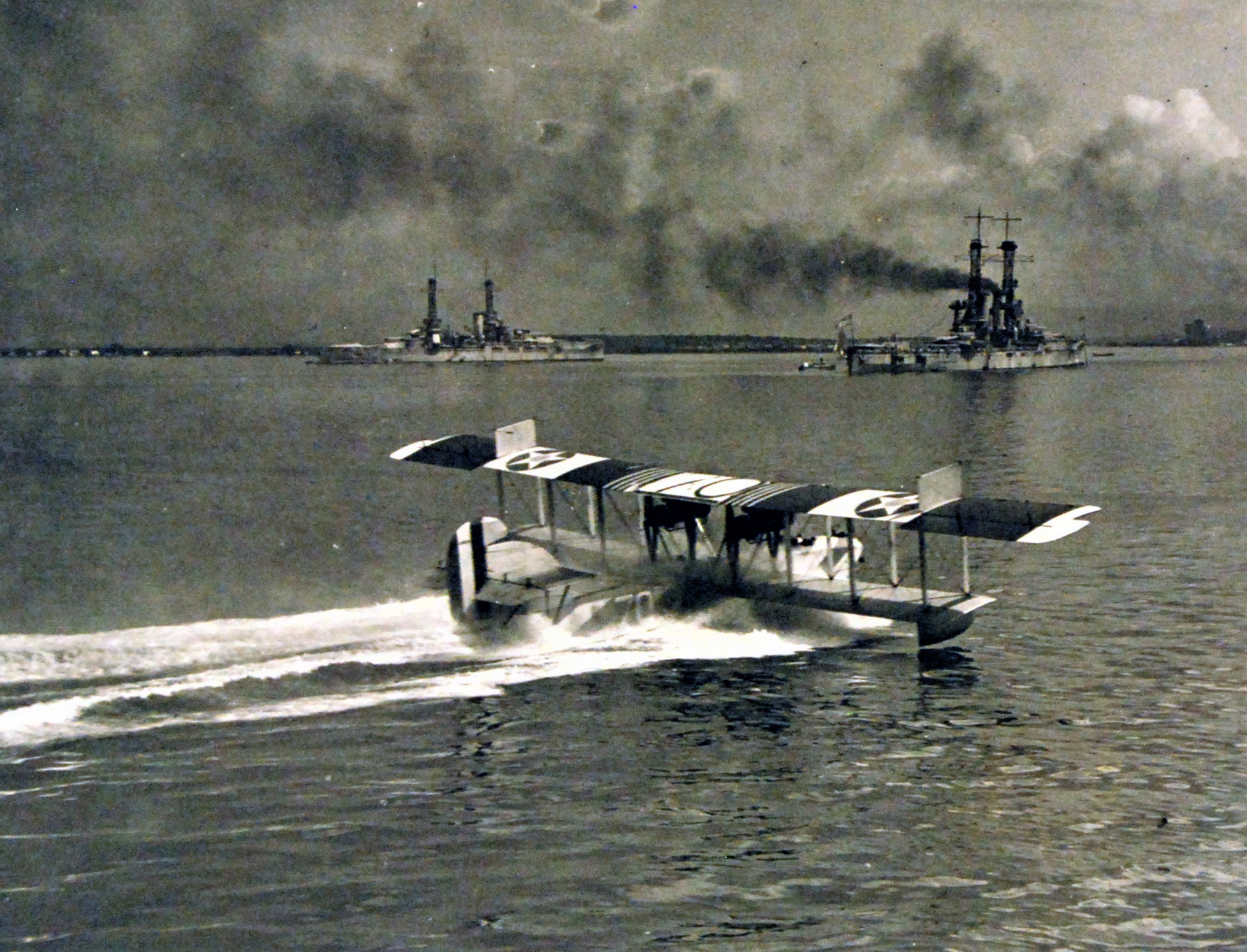 U.S. Navy photograph, 80-HAN-53-16, now in the collections of the National Archives.

With an impressive 103-foot, 9.75-inch, wingspan (keep in mind a WWII PBY had a span of 104 feet, just a piddly 2.5-inches longer), the F5L was a huge albatross of a seaplane for its era. Capable of spanning over 800 miles on her pair of Liberty V12 engines, her four-man crew was both the eyes of the fleet and capable of dealing damage if needed, with the provision for bombs and two machine guns.

They would be used to help in the bombing and sinking of the captured German battleship SMS Ostfriesland.

From a design by John Cyril Porte, developed at the Seaplane Experimental Station at Felixstowe (England), the F5L first flew in November 1918, just too late for the Great War. In all, just over 200 were built by Curtiss, Canadian Aeroplanes (later bought by the Columbia Graphophone Company in 1919) and by the U.S. Naval Aircraft Factory (NAF) in Philadelphia. The F5L remained in service with the U.S. Navy until the late 1920s when they were replaced by the more advanced NAF PN series flying boats, although it survived with the Brazilain and Argentine Navies and as a mail carrier into the early days of WWII.

The hull of an F5L endures in the Smithsonian while the history of the USS Florida and Oklahoma, who outlived this species of lumbering flying boat in U.S. service, is much better known.