The Free Dutch vs The Emperor in the East Indies

Posted on April 5, 2022 by laststandonzombieisland 2 comments

Following the fall of the Netherlands East Indies, the remnants of the Dutch colonial army– the KNIL– and Royal Dutch Navy fell back to Australia to regroup and carry on the fight for independence from exile. They were the lucky ones. Of the 42,000 European POWs taken by the Japanese in the East Indies in early 1942, almost one in five (8,200) would die before liberation.

This rag-tag group of survivors would carry on the war– with the Dutch submarine force being especially active— while the land forces would reform. Ultimately, in the liberation of Borneo in 1945, a 3,000-strong force dubbed 1ste Bataljon Infanterie and the Technisch Bataljon of the KNIL, landed on the beaches alongside Allied troops. Before that, the unit had its baptism of fire supporting the Americans at Biak. 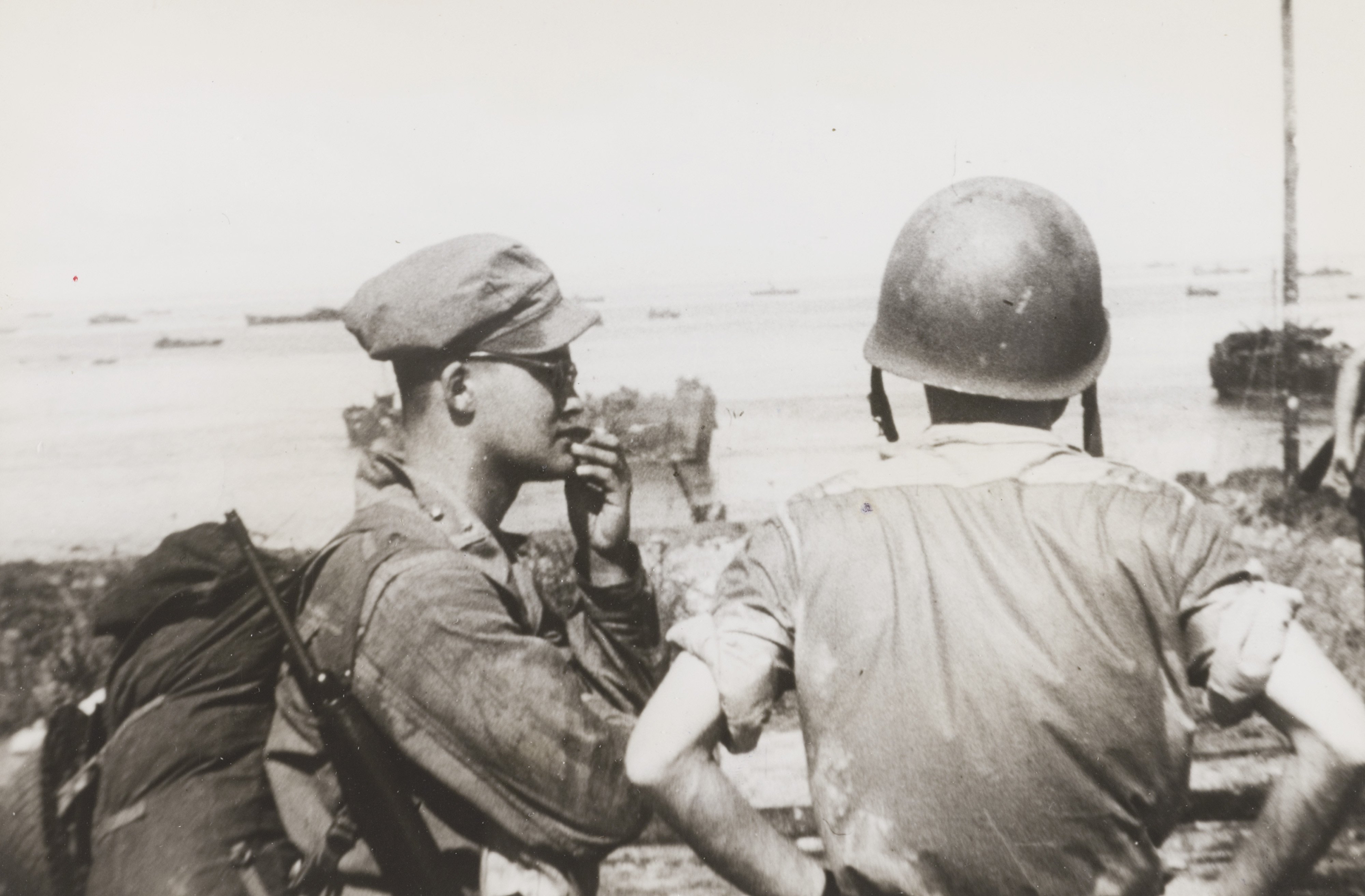 Australian and Dutch units land in Borneo on the island of Tarakan. On April 30, 1945, units of the Australian Imperial Forces 9th Division and the KNIL land on the island of Tarakan of Borneo, starting the first combined Australian and KNIL attack on the Japanese army in Dutch- India. The photo shows Captain FE Meynders, commander of the 2nd Company of the 1ste Bataljon Infanterie of the KNIL, discussing the progress of the Tarakan campaign with Mr. L. Broch, war reporter for the Dutch news agency Aneta, on the beach of Lingkas on Tarakan Island.

However, before the 1ste Bataljon Infanterie and the Technisch Bataljon went back to the East Indies, the islands were often visited by Free Dutch forces running a clandestine war that gets no attention.

The Netherlands East Indies Forces Intelligence Service, or NEIFIS, was formed in Australia from KNIL remnants starting in April 1942, some 80 years ago this month.

Besides counterintelligence duties such as censoring mail of Dutch refugees in the region and vetting volunteers, they soon formed commando units in conjunction with MacArthur’s Inter-Allied Services Department (ISD) that, dropped covertly via coasters and submarines on beaches in the East Indies, and later by parachute into the interior, they tried to gather intel on the Japanese and ignite a guerilla resistance in the archipelago.

NEIFIS was eventually given its own clandestine operations unit, dubbed the Korps Insulinde. Drawn initially from 150 men of the 1st Battalion, Koninklijke Brigade “Prinses Irene,” which had trained in England in 1940-41 then had been shipped to the Pacific, arriving at Ceylon just after the fall of Java, these Free Dutch went commando quite literally, and served alongside the SOE’s Force 136 Intelligence in the region. Ultimately, No. 2 (Dutch) Troop of the No. 10 (Inter-Allied) Commando would contribute volunteers to the enterprise as well.

In all, the Korps Insulinde would muster no less than 36 teams made up of 250 agents. They made 17 landings in Sumatra alone in 1943-44, in addition to operations in Borneo, the Celebes, New Guinea, and Java. 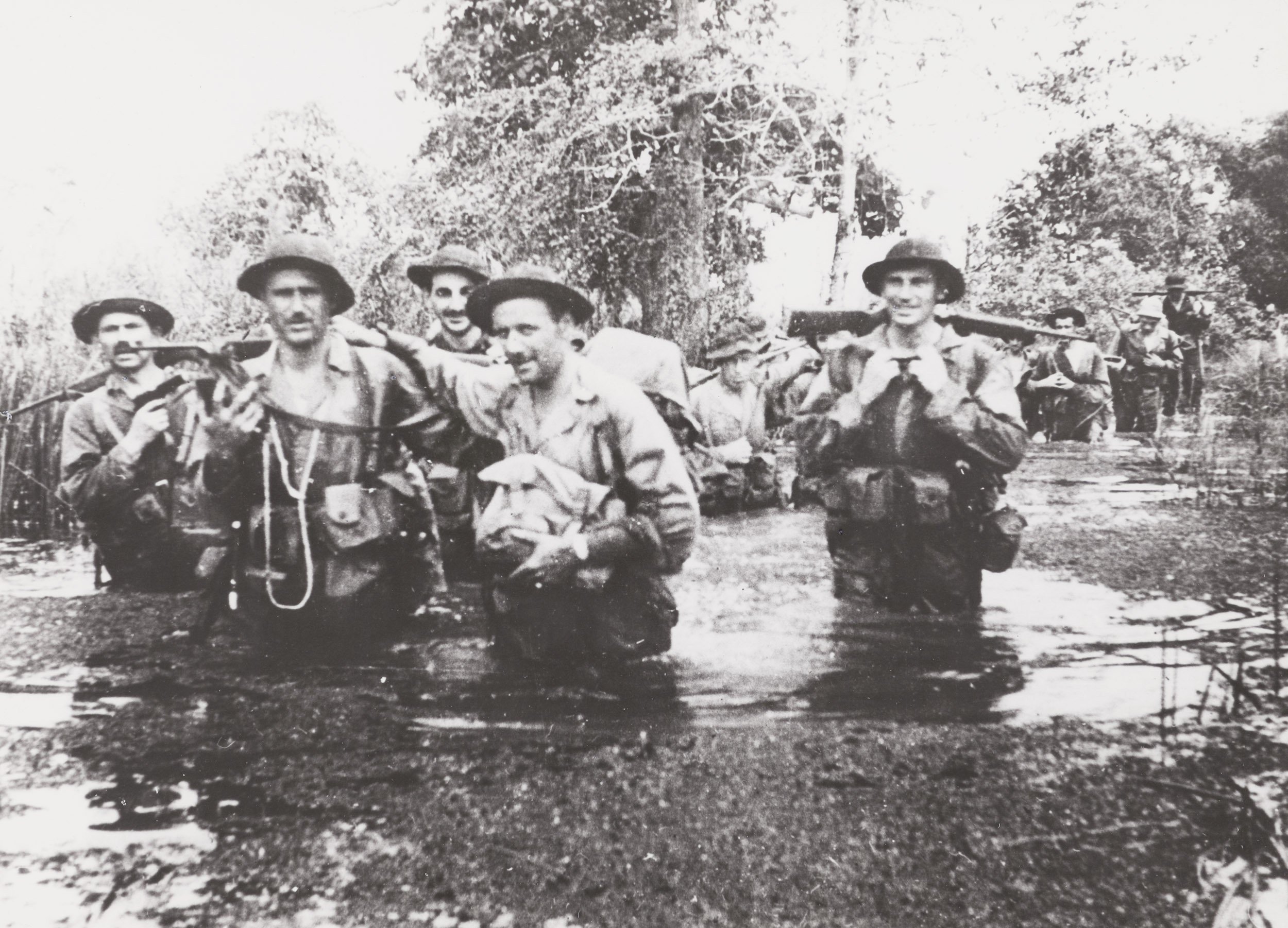 Some of the operations performed by the Dutch:
Operations Tiger I-VI (Java) November 1942- July 1943, 10 men landed in six different teams. It is thought all members were captured and shot as none were seen again.

An IDS report on Tiger II 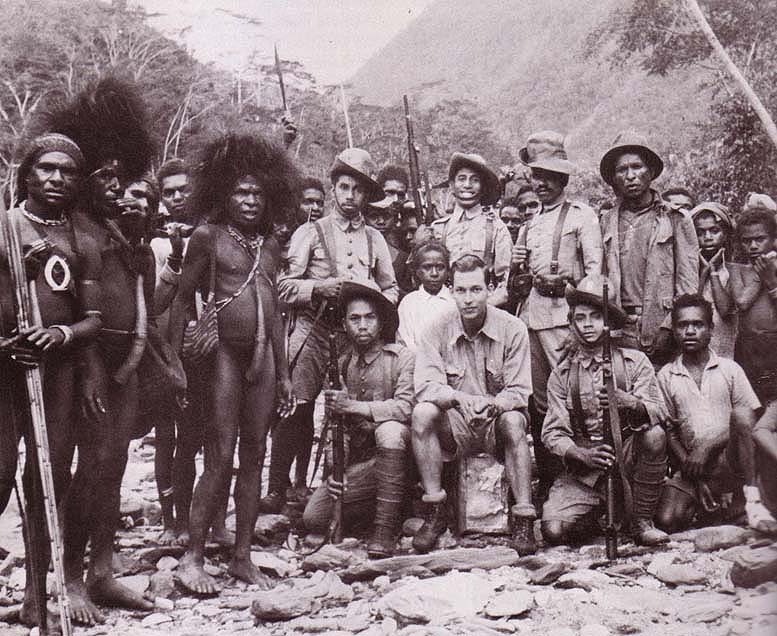 Operation Whiting (1943) A joint six-man Dutch/Australian force was sent in to establish a coast watching station above Hollandia in February. By October, they had been captured and publicly beheaded. 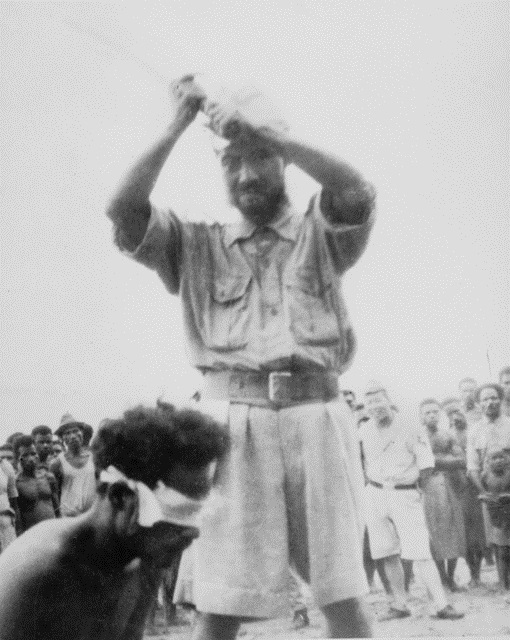 A photograph found on the body of a dead Japanese soldier showed Indonesian Private (Pte) M. Reharin, a member of the Netherlands East Indies (NEI) Forces wearing a blindfold about to be beheaded with a sword by Yunome Kunio. The execution was ordered by Vice Admiral Kamada, the commander of the Japanese Naval Forces at Aitape

Operation Prawn (1944) landing seven men of a NEFIS shore party from the Dutch submarine K XV on the coast of Sorong, New Guinea.
Operation Firetree (1945) involved a 10-man NEIFIS team landing on the Soela Islands to access the situation. The detailed report on the shore party by its English-speaking Christian Ambonese commander, LT (and future Indonesian minister) Julius Tahija, shines a light on the types of operations these groups conducted.

A page from the Firetree after action report

Operation Inco (1945) Dutch submarine K XV landed and extracted a small NEIFIS shore party at six different places along the Damar islands off Java for recon.
Operation Opossum— April 1945, a 10-man Z Special Unit op with 3 Dutch officers attached to the island of Ternate near Borneo to rescue the Sultan of Ternate, Muhammad Jabir Syah. The sultan and his family were taken to Morotai by PT boat.
Operation Parsnip (1945) a five-man NEIFIS shore party landed from Dutch submarine K XV on the north coast of Java. They were picked up almost immediately by the Japanese and two commandos were killed.
Operations Platypus I-XI (1945) involved small 2-man teams of mixed Australian and Dutch commandos inserted by folboats, prahu canoes, and rubber dinghies from submarines along the Balikpapan area of Dutch Borneo between March and July then resupplied by air as needed. This is one of the more successful operations and most operators survived. The companion all-Australian Operations Python I-V, Agas, and Semut, involving about 90 Z Special Unit Commandos operating deep into the interior of British Borneo and Sarawak, were likewise successful.

These operations were at best dangerous, and at worst suicidal. The series of landing parties on Java known as “Tiger I–VI” were captured and executed almost to a man. Similar fates befell the “Walnut” ( Aroe Islands ) and “Whiting” (Dutch New Guinea) groups, and in all, nearly 40 lives were lost.
However, some successful operations were undertaken. In general, however, they tended to be those involving groups already cut off behind enemy lines, reasonably well-armed, and acting as guerrillas. The “Oaktree” party, in particular, based in the remote country of central Dutch New Guinea, and under the command of the redoubtable Captain J.V. de Bruijn, remained a thorn in the side of the Japanese for more than two years between 1942 and 1944. This group was able to supply valuable intelligence, tie-down a superior enemy force, and maintain the prestige of the Dutch among the inhabitants of the area. Sadly, it was the exception rather than the rule.

A Dutch commando is a character, Lieutenant J.A. (Jan) Veitch, in the 1982 Australian war sleeper, Attack Force Z, featuring an Australian Z Special Unit team in a covert operation based on Operation Opossum, where a team of commandos rescued the local sultan on the Japanese-occupied island of Ternate near Borneo.
In the end, the NEIFIS and Korps Insulinde would accept the surrender of some 15,000 Japanese troops on Sumatra.
Speaking of the end, post VJ-Day, the NEFIS and Korps Insulinde would soon morph into the Korps Speciale Troepen to fight the budding Indonesian insurgency into 1950, then grow into today’s modern Korps Commandotroepen.
But that is another story.