The wreck of a British warship has been found off the west coast of Scotland, almost 105 years to the day she sank

Commissioned in 1893, the 800-ton Alarm-class torpedo gunboat HMS Jason was the 11th warship to carry that name for the Royal Navy going back to 1673. Capable of just 18 knots when new and outclassed by later destroyer classes, the Alarms were paid off or converted to other purposes in the 1900s. As such, this saw Jason turn into a minesweeper in 1909. It was in such a role that, on 3 April 1917, Jason struck a mine laid by the German submarine U-78 off the Island of Coll in the Inner Hebrides, sending the little vessel and 30 of her crew to the bottom.

Now, reports the Admiralty, Jason has been located, 93 meters down:

They found the warship in surprisingly good condition – but minus her bow, blown off when she struck the mine… ironically during a minesweeping operation in company with HMS Circe.

The depth, weather and water conditions, the undulating seabed, and the fact that dives are only possible at certain times of year have meant the wreck had not been found – despite Jason’s loss being accurately documented, even photographed, at the time.

The discovery is the work of historians Wendy Sadler and Kevin Heath from Lost in Waters Deep, who research contemporary records and the personal history of crew, and a team from Orkney-based SULA Diving led by Steve Mortimer and their support boat MV Clasina, skippered by Bob Anderson.

A sonar scan earlier this year suggested HMS Jason had been found – no other wrecks were known in the area – but it needed visual confirmation.

At 93 meters down, divers had just 20 minutes to inspect the wreck before returning to the surface.

They found tell-tale features of a warship: a pointed stern, a distinctive propeller, two 4.7in guns, and Admiralty crockery. 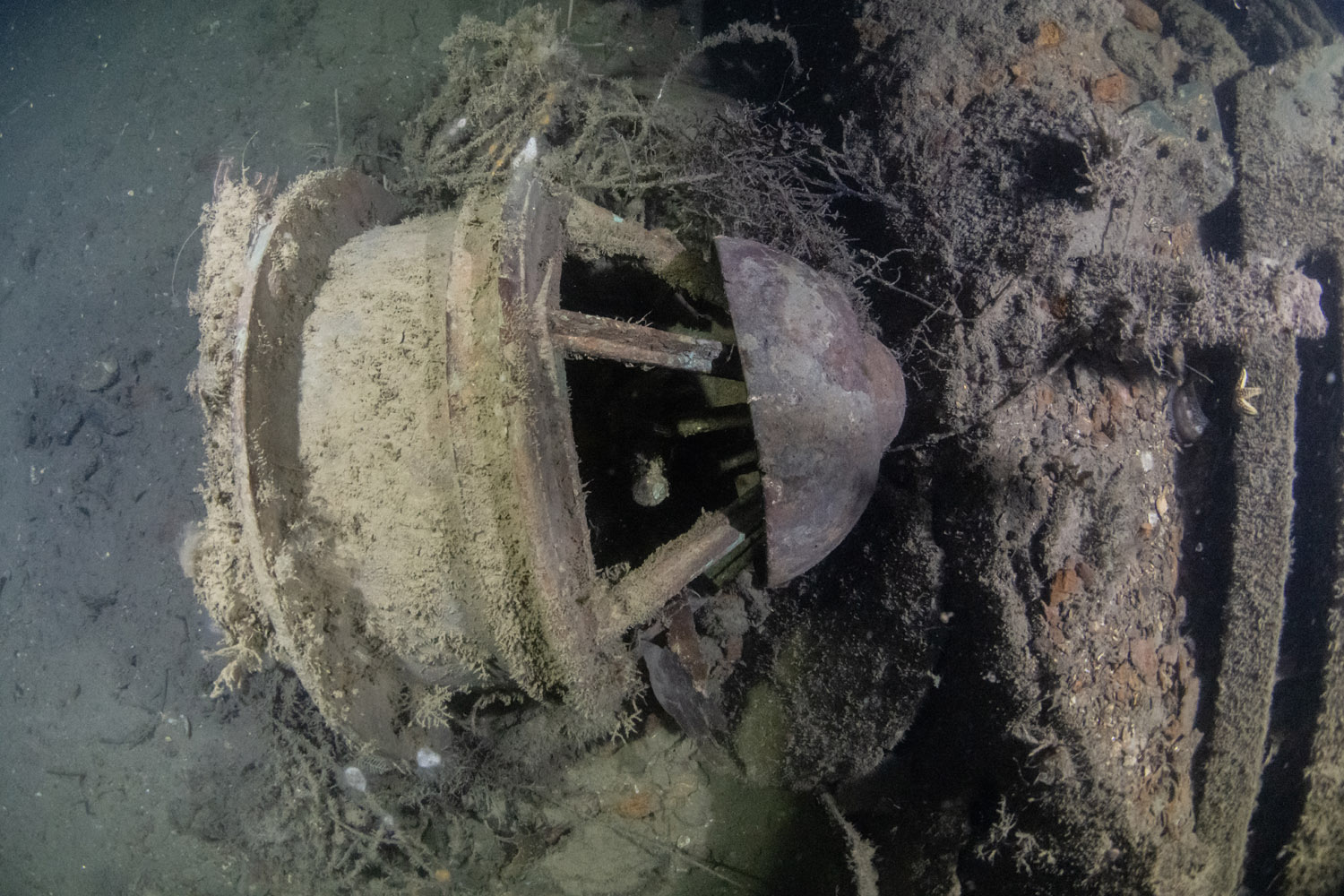