Tracing its lineage to that time the scrappy hövitsman Gustav Eriksson (later Gustav I, later Gustav Vasa) purchased a dozen ships from the Hanseatic town of Lübeck for the princely sum of 7,600 marks on 7 June 1522, the Swedish Navy predated old Gus’s 37-year reign, one that didn’t begin till the summer of 1523 after he licked the Danes– with the help of said ships.

Principal among the vessels purchased from the Germans was Lybska Svan, aka the “Svanen från Lübeck,” or the “Swan from Lubeck,” a plucky little 20-gun brig. 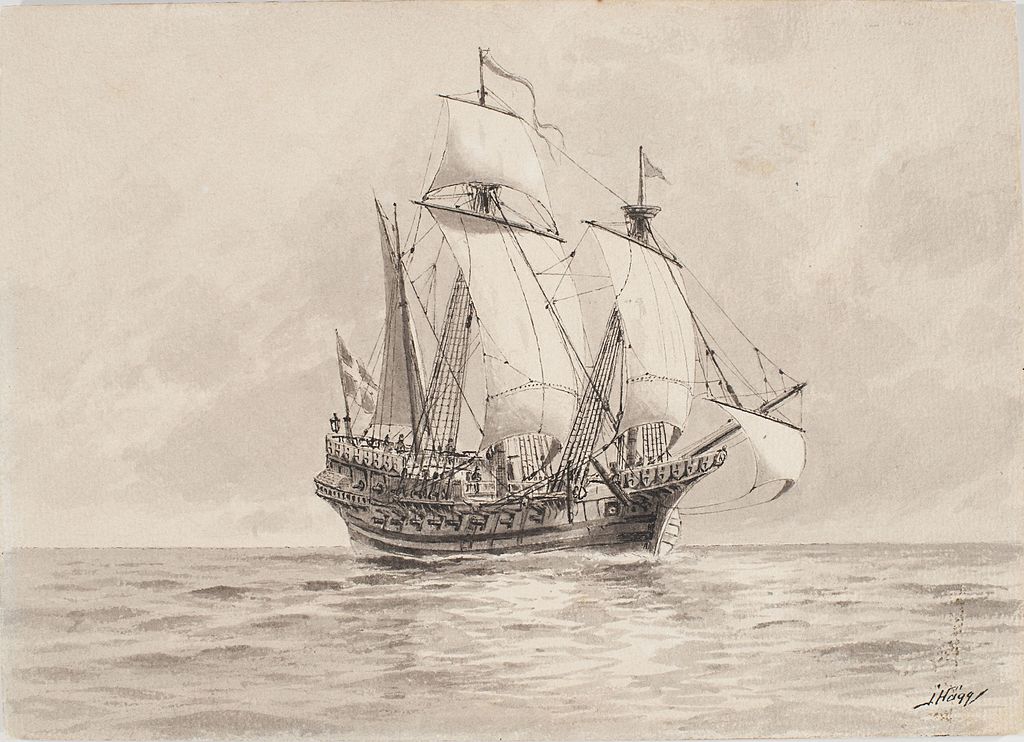 Lybska Svan via the Swedish Naval Museum. The ship fought in nine sea battles in its short career, and it hosted the Denmark capitulation in 1523 that paved the way for Sweden to become an independent state. To Sweden, it is a combination of the USS Missouri and Independence Hall.

For those with basic math skills, that means the Marinen is fast approaching its 500th anniversary.

PostNord Sverige has just released a set of three 26-kroner stamps to celebrate the Swedish Navy’s 500th anniversary this year.

One stamp depicts an advanced Saab A26 AIP hunter-killer submarine, currently being built for the force, and the commemorative sheet also shows a Saab CB90 Next Generation patrol boat in action as well as a UH-46/KV-107, which the Swedes used for SAR and ASW from 1963-2011. For a throwback, the Lybska Svan is depicted, of course.