Hokey religions and ancient weapons are no match for a good blaster at your side, kid

Posted on August 11, 2017 by laststandonzombieisland 3 comments

The modern equivalent of Han Solo’s DL-44 blaster, via SureFire: 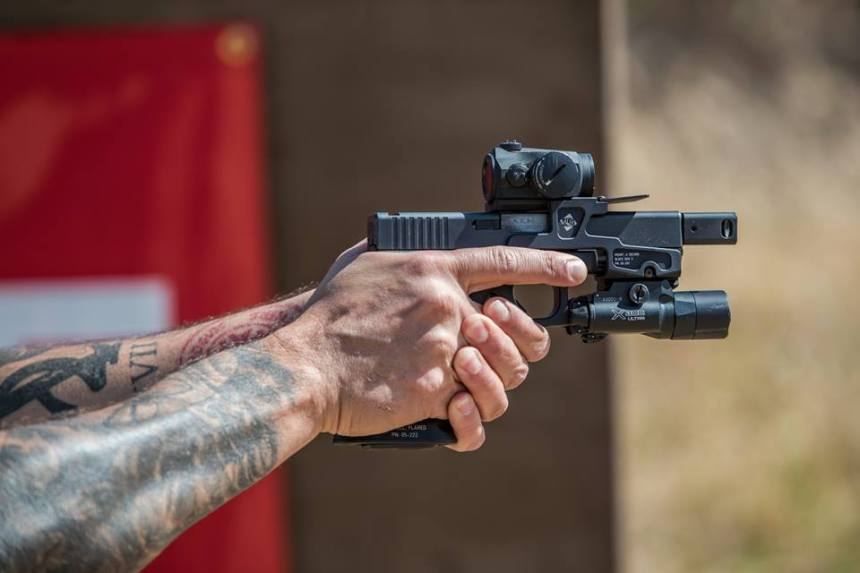 I prefer Inforce on my G19, as well as a mounted RMR and have always thought comps were unneeded on anything less spicy than .38 Super, but the above is still a nice blaster.

With all things Star Wars this week, you may be interested in hearing more about ol’ Han Solo’s “Blastech” DL-44 blaster. 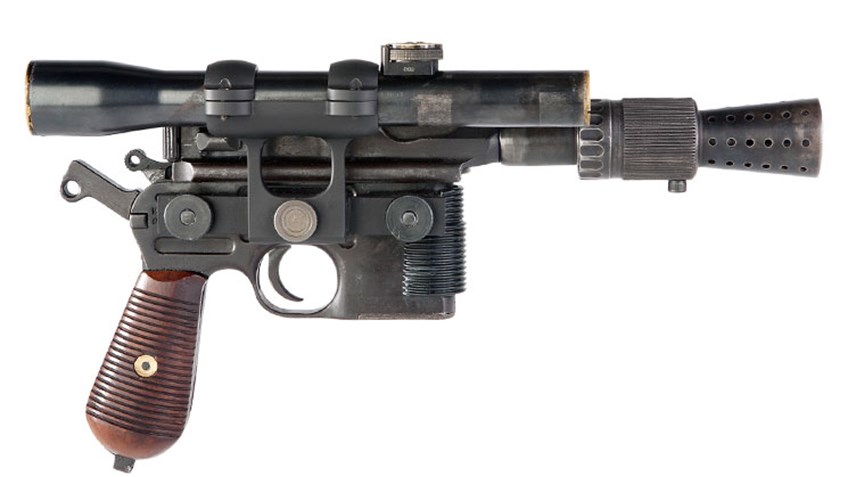 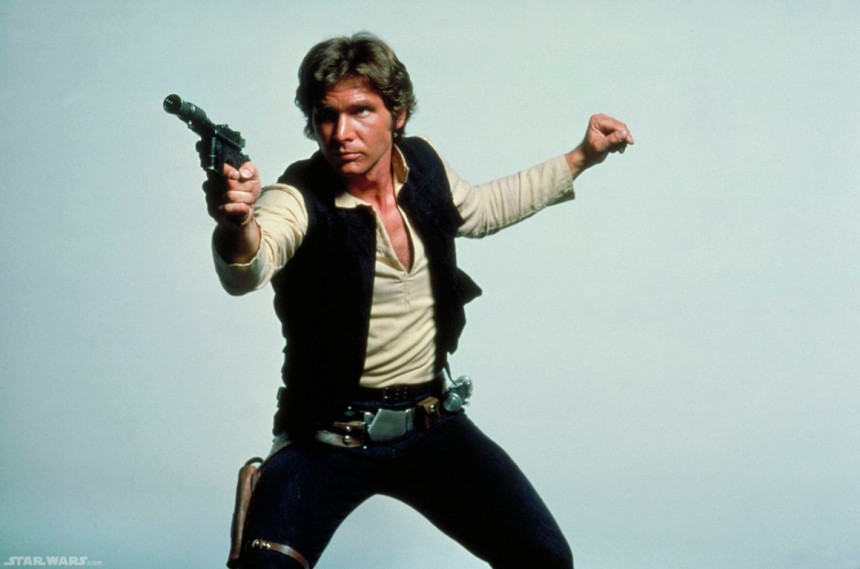 There were apparently at least three different models made by Bapty and others working on the saga in much the above fashion as well as a number of cast resin non-functioning props. And they appeared in all three original Lucas Films. Others carried them as well, for instance, when Luke Skywalker first meets Yoda in the Degoba swamp, he’s carrying a DL-44 though with a shiny muzzie brake.

Jerry Miculek, speed shooter extraordinaire, recently got his hands on a firing model in .30 Mauser and ran it through its paces.

And remember, “Hokey religions and ancient weapons are no match for a good blaster at your side, kid.”