The French Air Force this month is honoring the famed WWII Groupe de bombardement réservé n°1 (best known as “GB Lorraine”), the group they see as the first full-fledged strike unit of the Free French Forces, which was baptized 24 September 1941.

With pilots and crews scrouged from those who escaped the Fall of France in 1940, the unit’s nucleus of just two Martin 167A-3 Maryland bombers first flew to Egypt to continue fighting on 19 July 1940. Later being equipped and expanded with a handful of twin-engine Blenheim bombers, they carried out missions in Tchad, Eritrea, and Abyssinia against the Italians then, following the Syrian campaign, were established as GB Lorraine in Damascus.

Later upgrading to A-20 Havocs (Bostons) and finally to B-25 Mitchells, they conducted their last war mission on 2 May 1945, hitting targets in Germany.

Postwar, they operated Mosquitos, became a jet squadron by switching to Meteors in 1951, Vautours in 1961, Mirage F1Cs in 1974 then later Mirage 2000-5s, and currently, as Escadron de Chasse 3/30 Lorraine, Dassault Rafale Cs which they have flown since 2011.

The above video shows the specially painted 3/30 Lorraine Rafale at the BA 118 Mont-de-Marsan Air Base. 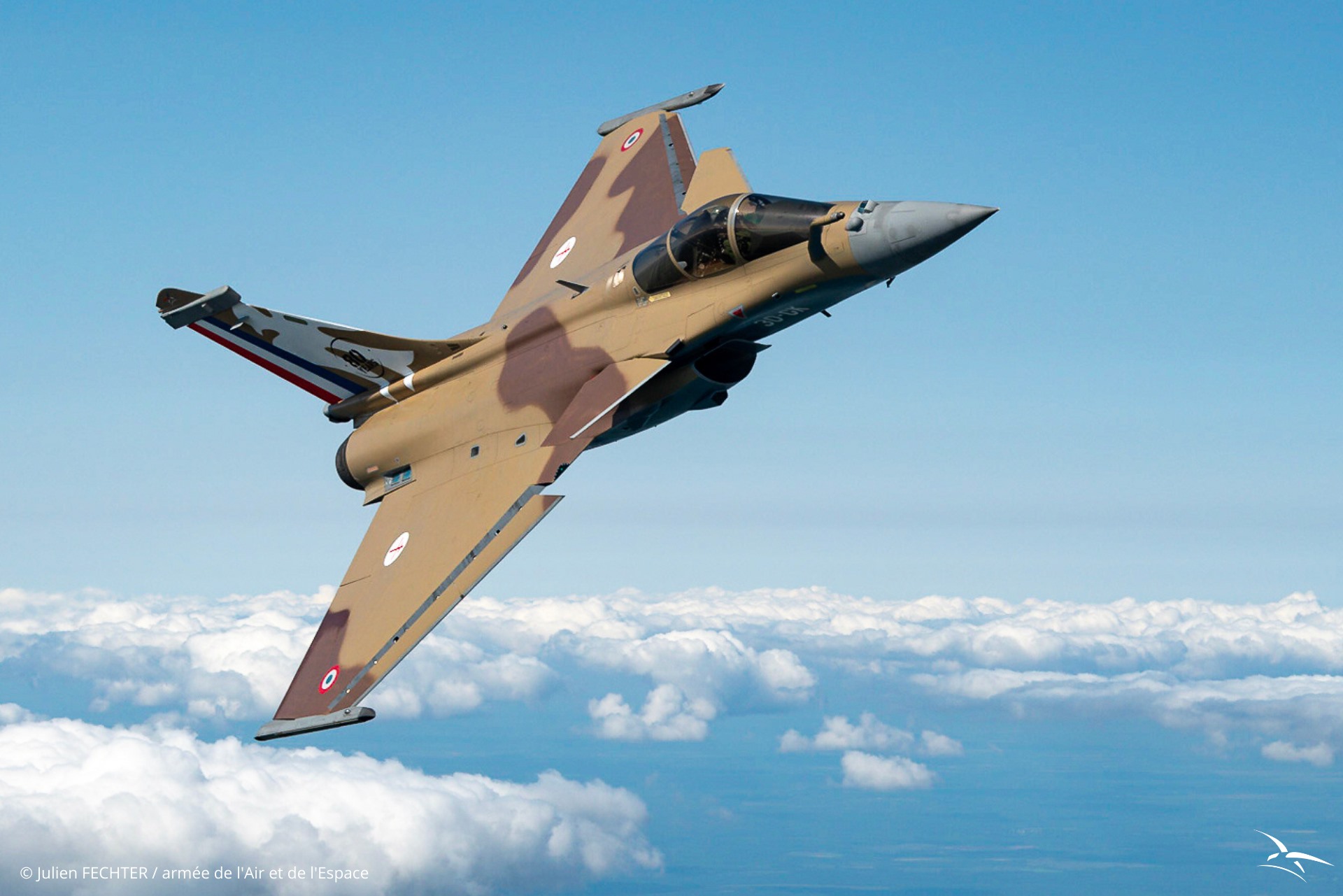 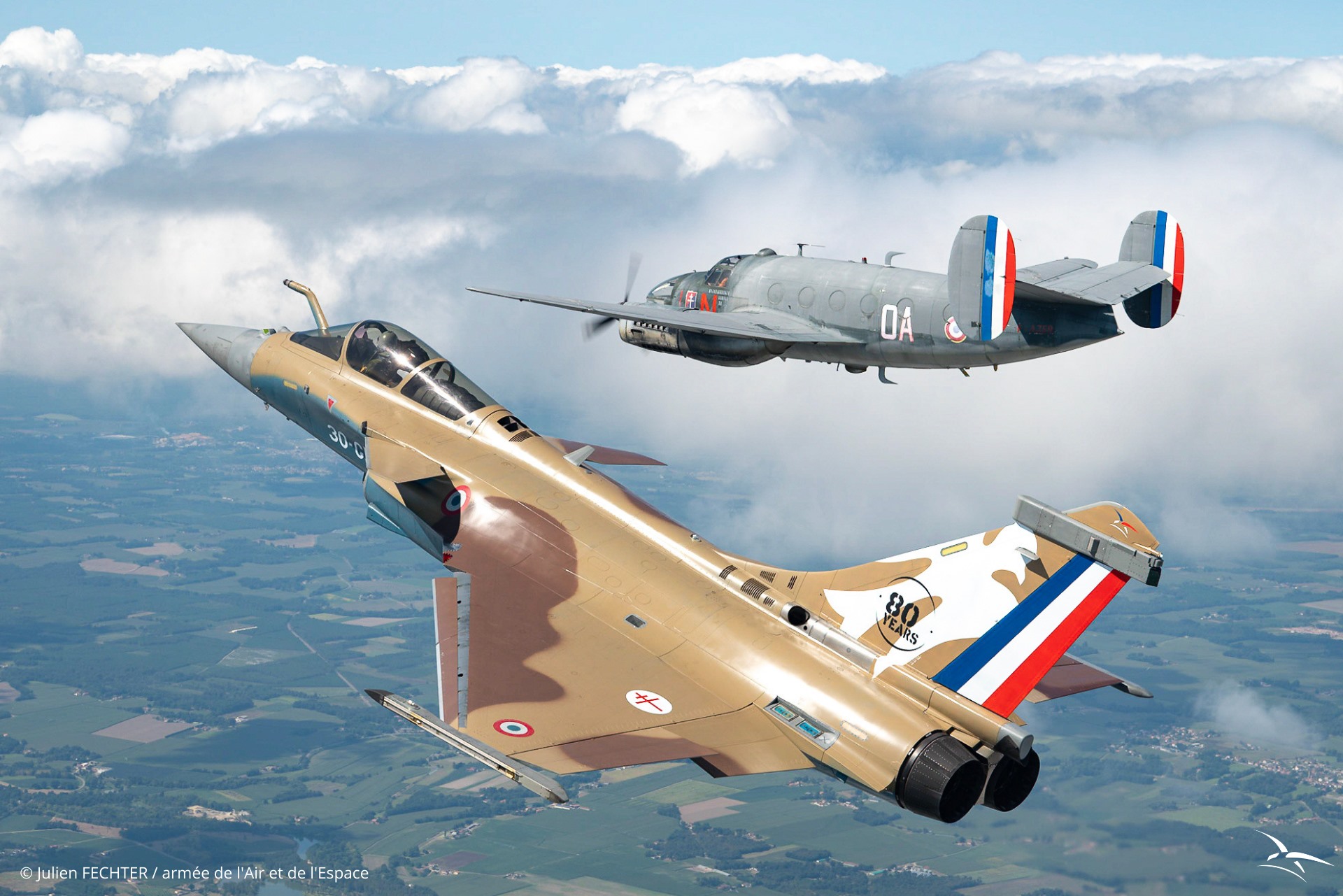 The specially painted 3/30 Lorraine Rafale along with a vintage Dassault Flamant. Capable of carrying bombs and rockets on underwing hardpoints, the Flamant could also tote 10 passengers around, making them very attractive for the French in places like Indochina and Algeria.

Official caption: “Line-up of 13 P-40 United States Warhawks which Americans recently presented to the Fighting French air forces at an airport somewhere in North Africa on behalf of the people of the United States.” 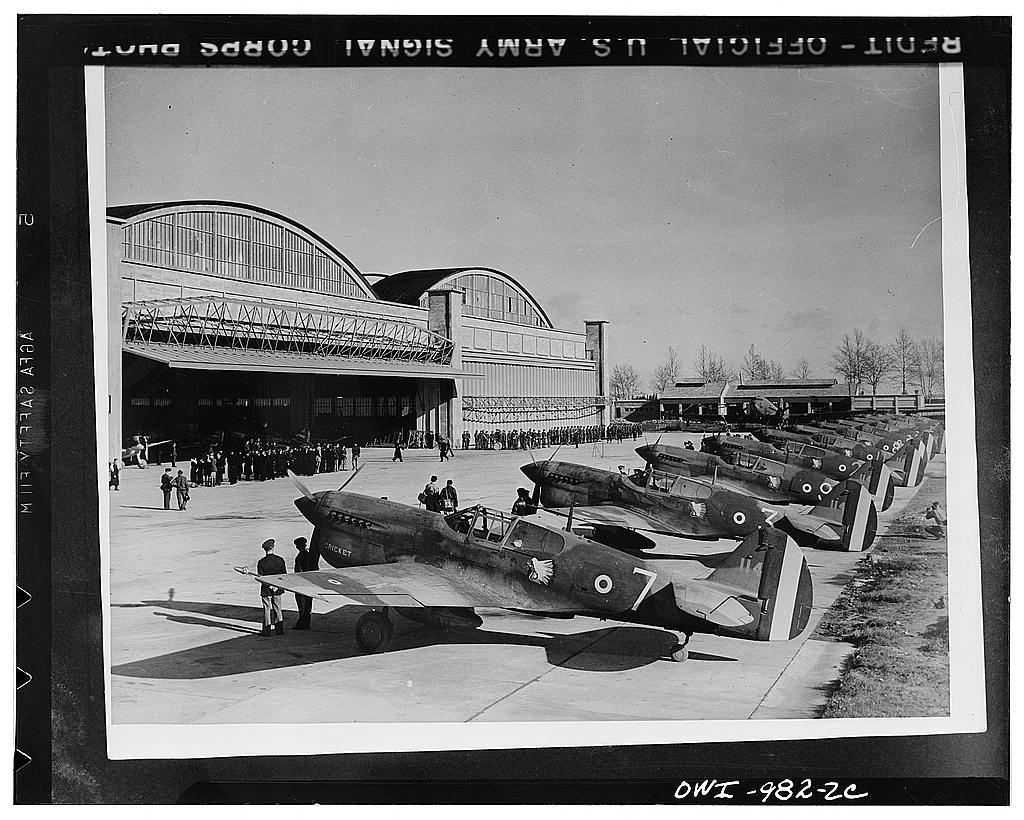 Note the Curtiss Hawk 75 and at least two Dewoitine D.520s inside the hangar, still wearing Vichy-French stripes. A C-47 Skytrain is visible in the background. U.S. Signal Corps Photo via LOC LC-USW33-000982-ZC.

These former USAAF 33rd Fighter Group P-40F Warhawks had (unofficially) been transferred to the Free French Armee de l’Air on 25 November 1942, just weeks after the Torch landings, during which they had arrived on the continent via the escort carrier USS Chenango (CVE-28). Meanwhile, the 33rd FG moved up to P-40L models until they transferred to the Far East in 1944 and moved to P-47s.

The P-40Fs shown above were the property of the Groupe de Chasse GC II/5, dubbed the Lafayette Escadrille, after the American volunteer group of the Great War era whose distinctive “Sitting Bull” logo they carry. As the French pilots had been flying Hawk 75s previously– a type that was basically the uglier older sister to the P-40– transition was likely easy.

Commanded by the exiled White Russian Kostia “MadKot” Rozanoff, GC II/5 flew missions against Axis troops in Tunisia in 1942 and 1943, and covered convoys through the Med.

Renumbered Escadron de Chasse 2/4 in 1947, La Fayette went on to see service in Indochina and Algeria and currently has a nuclear strike role (dissuasion nucléaire) in Metropolitan France, flying Rafale Cs out of Saint-Dizier.