When the Royal Navy entered World War II, they did so with several modern light cruisers to include 10 11,000-ton Town-class and had another 11 improved Crown Colony-class vessels on the builder’s ways.

Fundamentally an improvement of the Crown Colony-class design that was already being built, these 11,130-ton ships could make 31.5-knots which didn’t make them the fastest cruisers in the world, but the fact that they could steam at an economical 16-knots (the going rate for convoys) for 8,000 nautical miles on a single fill-up made it clear they were intended for distant travels.

Two triple 6″/50 (15.2 cm) BL Mark XXIII mounts as seen on HMS Belfast. The Minotaur class repeated these and carried a third mount aft for a total of 9 tubes. Via Navweaps

Only one, HMS Swiftsure was completed during the war and even this ship just became operational in late 1944 (rushed to the Pacific she was the flagship of the British Pacific Cruiser Squadron, and was selected by Admiral Cecil Harcourt to hoist his flag for the Japanese surrender.) Class leader Minotaur was transferred before she was complete to Canada who commissioned her as HMCS Ontario almost a month after Hitler ate a bullet (or went to Argentina whichever you believe). A third ship, HMS Superb, was commissioned after the war.

Three of these, Mars, Hawke, and Bellerophon were canceled, their steel broken back up and recycled. 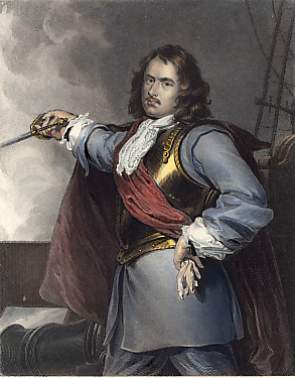 This modification amounted to scrapping the entire armament scheme to include 6 and 5-inch guns, AAA pieces and surface torpedo tubes, in exchange for a trio of twin 3″ guns QF Mark N1 DP guns and a pair of twin 6″/50 (15.2 cm) QF Mark N5 mounts.

A good view of the twin 152mm QF Mark N5 mount forward and the twin 3″ QF Mark N1 DP guns in the No.2 mount. This same gun scheme was repeated aft and was the primary and secondary teeth of the Tiger, Blake, and Lion as commissioned. Via Navweaps. 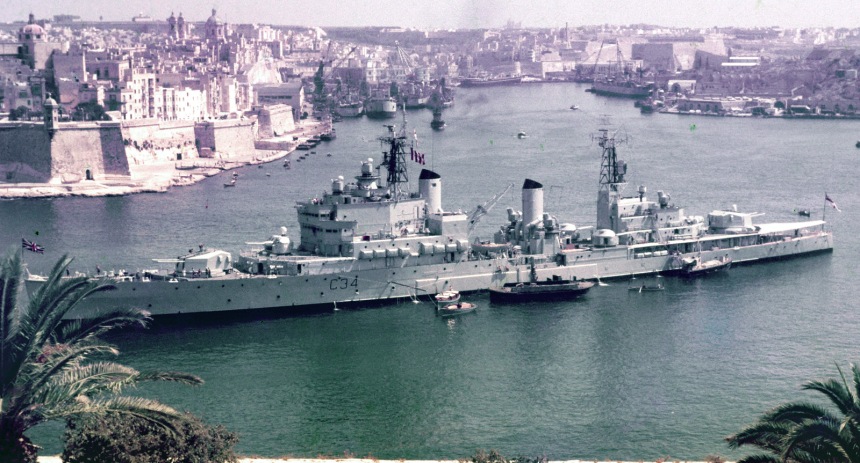 While she retained her forward mounts, those aft were replaced by a hangar enormous enough to fit a quartet of Wessex (later Sea King) helicopters inside. Additionally, she was given room, space, and commo equipment to serve as a fleet flagship. 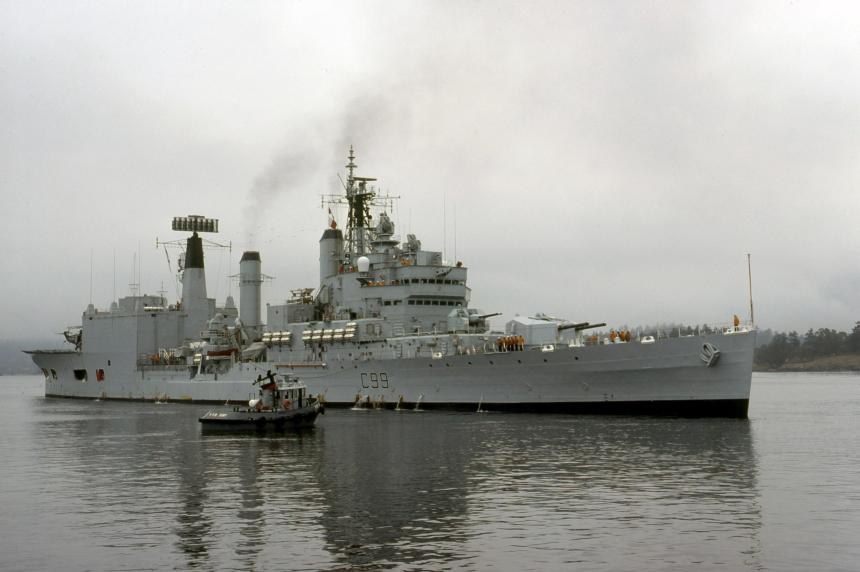 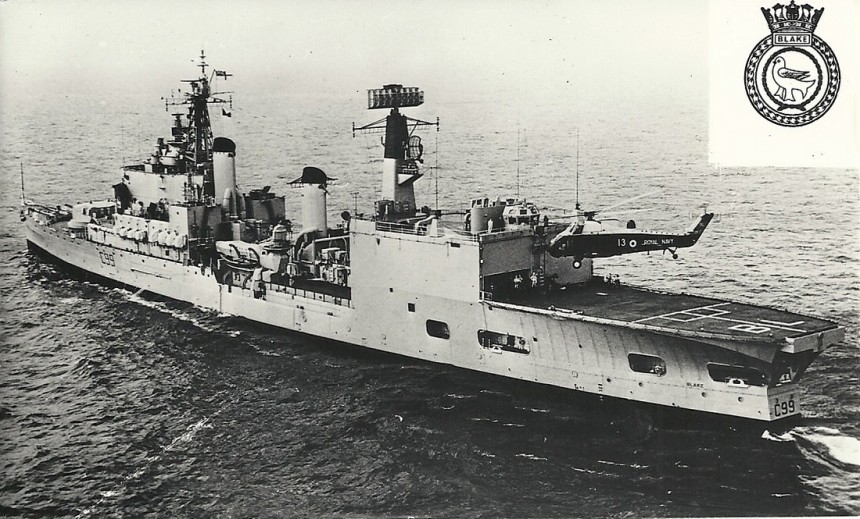 Blake is shown with a Wessex helicopter landing

Sea King of No 820 FAA coming in to land on HMS Blake. Note the size of her hangar.

When the Argentinians moved into the Falklands/Malvinas in 1982, both Blake and Tiger were pulled out of storage and readied for use in the South Atlantic. As the Royal Marines and Paras only brought 105mm light guns with them, it was thought that the rapid-fire 152mm models of Tiger and Blake may help in naval gunfire support while the extensive helicopter facilities allowed them to be lilypads for thirsty harriers and choppers. 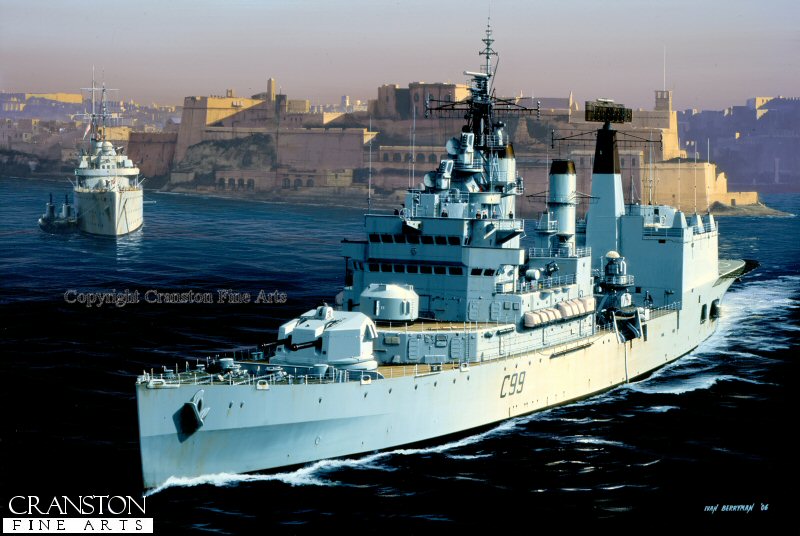 HMS Jamaica, 1945. This Crown Colony class cruiser was essentially the same scheme that the Minotaurs were designed to. Via ship bucket.

Blake, 1961. Note the different armament scheme than the original as above. Photo via ship bucket