Found in the NHHC Curator Branch Collection: This rifle was carried by then-Senior Chief Britt “Slab” Slabinski while serving as Team Leader of Maco 30 during the Battle of Takur Ghar in support of Operation Anaconda. 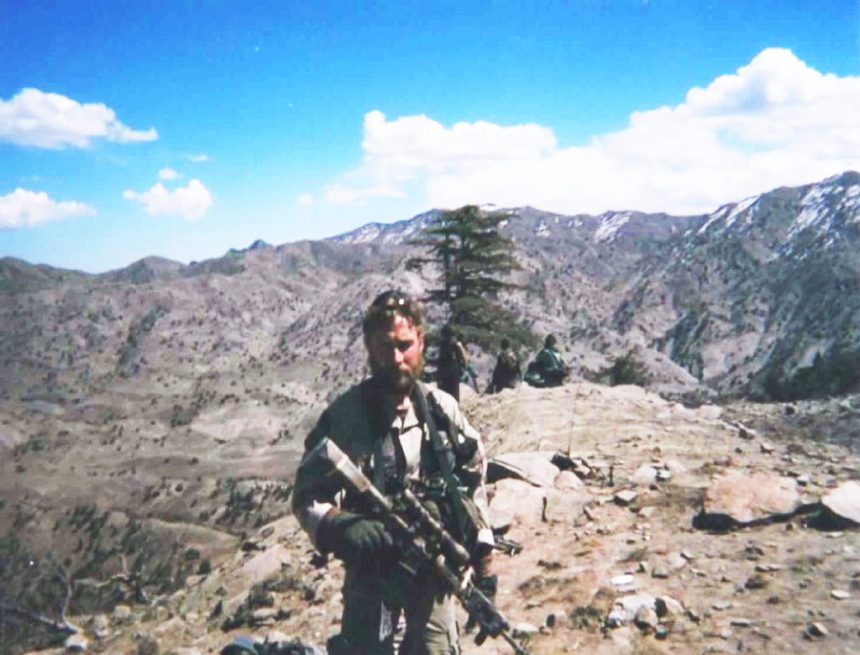 WASHINGTON (May 24, 2018) A file photo taken in March 2002 of Senior Chief Special Warfare Operator (SEAL) Britt K. Slabinski on Roberts Ridge. President Donald J. Trump awarded the Medal of Honor to Slabinski during a White House ceremony May 24, 2018 for his heroic actions during the Battle of Takur Ghar in March 2002 while serving in Afghanistan. Slabinski was recognized for his actions while leading a team under heavy effective enemy fire in an attempt to rescue SEAL teammate Petty Officer 1st Class Neil Roberts during Operation Anaconda in 2002. The Medal of Honor is an upgrade of the Navy Cross he was previously awarded for these actions. (U.S. Navy photo/Released)

After WWII, minesweeping took to the air, at least in the U.S. Navy, and by the 1960s helicopter-borne sleds were the name in the game (see RH-3A’s on USS Ozark in a past Warship Wednesday for more on that).

Current tech involves the MH-53E Sea Dragon towing the Mk-107 sled. The thing is, the Navy just has two dozen ‘Dragons left and they are scheduled to be retired by 2025.

So what is the replacement plan for the ship-based Airborne Mine Counter Measure (AMCM) mission?

Last month the folks at the Naval Surface Warfare Center, Panama City Division, dunked a UUV into the drink via chopper.

They used a “Dragon Master” MH-60S helicopter of HX-21 to drop a MK18 Mod 2 Kingfish underwater unmanned vehicle into the drink. Kingfish has been around since 2011 and deployed in 2013 with the 5th Fleet for tests. The 600-pound, 12-foot long UUV is outfitted with several different

The torpedo-shaped 600-pound, 12-foot long UUV is outfitted with several different pencil and side-scan sonars attuned to mine hunting but can also be used for route recon, debris field inspection, salvage work and just about any other underwater tasking. Based on the Kongsberg Maritime Hydroid REMUS 600, it can remain on task for 24-hours before needing a recharge and dive to 2,000-feet.

The test seemed to go well, by all accounts.

“Once in a hover, the crewman streamed the mass model and adapter into the water and initiated release of the MK18 MOD2 mass model. Once the MK18 MOD2 mass model was released from the UUV adapter the crewman retrieved the adapter back to storage position on the side of the aircraft,” said NSWC PCD MH-60S Integration Lead Tim Currie. “The total operation, from liftoff to touchdown, took 18 minutes. The release of the mass model and recovery of the UUV adapter took approximately three minutes.”

Now they just have to test how to get it back out.

You can follow the travels of Rota, Spain-based EODMU 8 here.

And more on Arctic Specialist 2017 here.

And here is a 1950s vintage film about the Navy EOD school at Indianhead, MD, to see how things have changed a bit.

The above video, in which Raiders get some trigger time on (sorta) concealed Glock 19s and not so-concealed Mk 18 rifles while driving like Fast and Furious extras, is the type of thing that has recruiters in strip malls across the nation thanking the ghost of Chesty Puller. 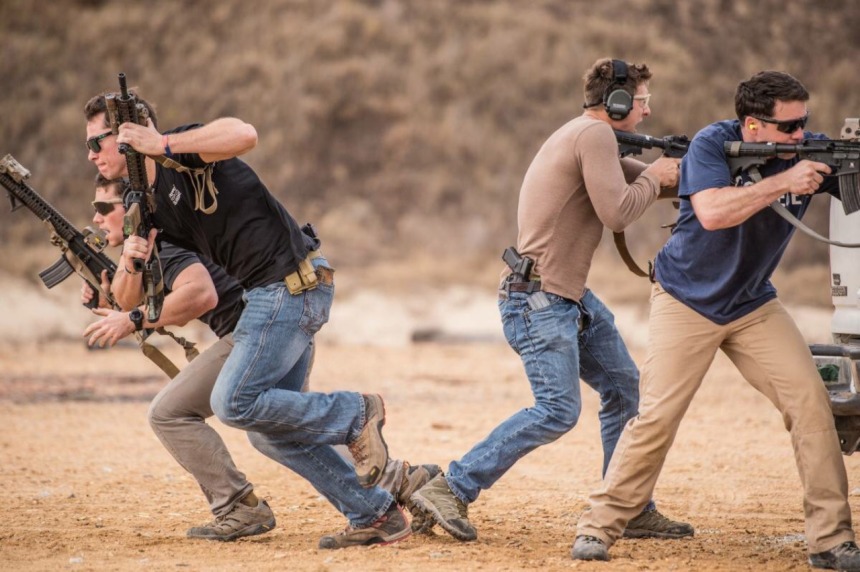