Flotsam at the crossroads of the history

The city of Ostroh (Ostrog) in what is today Western Ukraine has flown many flags over the past 900 years. Just in the last century, it was part of the Tsarist Russian Empire, then Poland, then the Soviets in 1939, then German occupation during WWII, then the Soviets again in 1944, and finally, since 1991, an independent Ukraine.

It should, therefore, be no surprise that when a local house was torn down in the city, it disgorged some interesting contents. 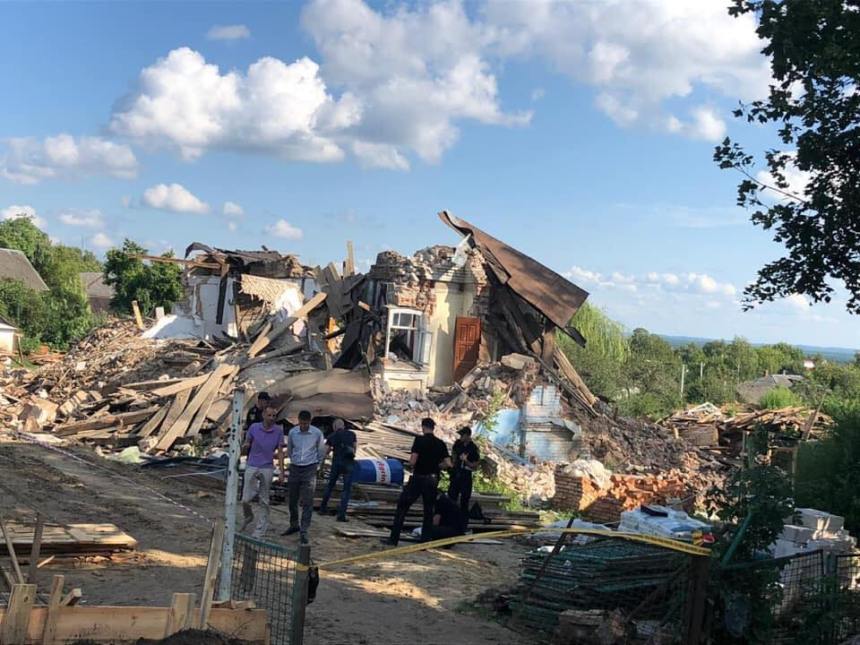 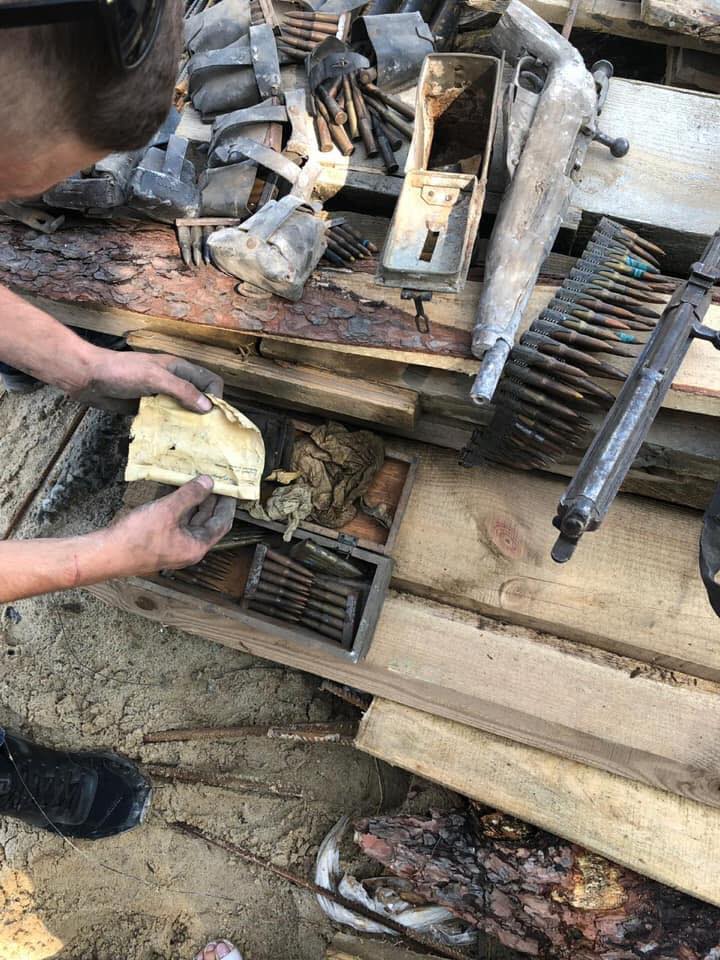 Belted ammo, 7.62x54R on stripper clips, and what looks like a Mosin 91 that has been given an indigenous obrez or SBR treatment 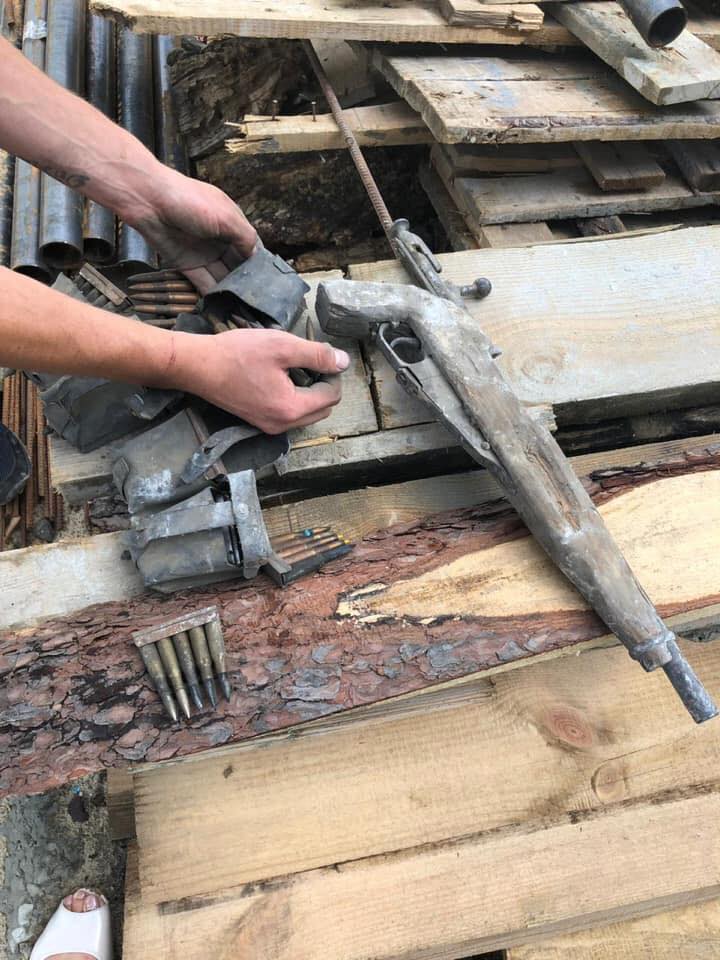 Yes, that is a very obrezed Mosin 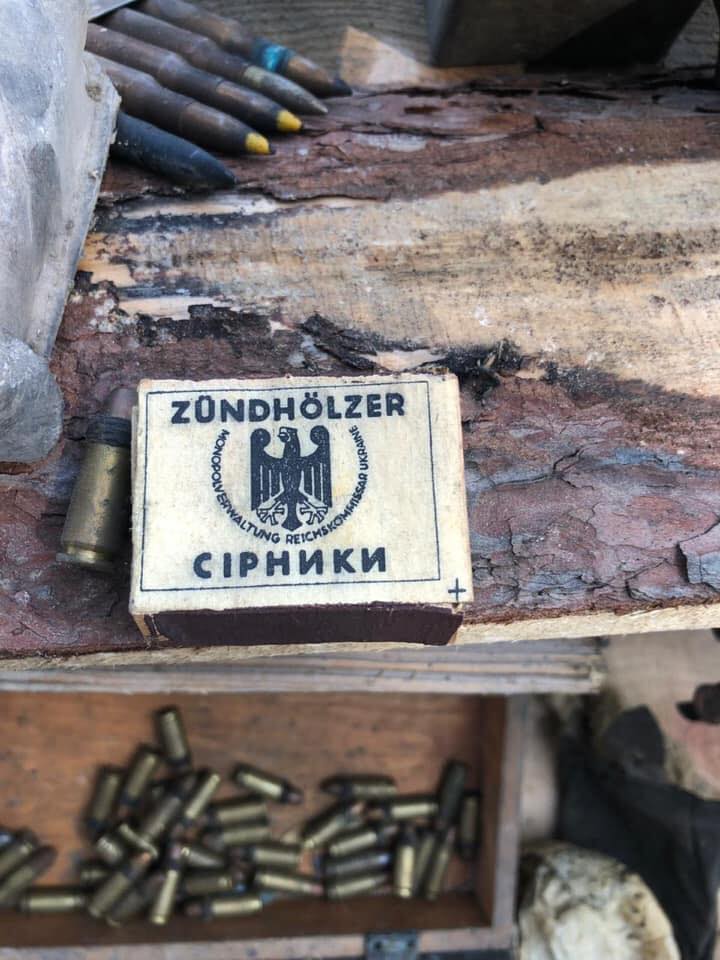 Some German occupation-era matches. The ammo at the bottom looks like either .30 Mauser pistol or Soviet 7.62x25mm Tok. 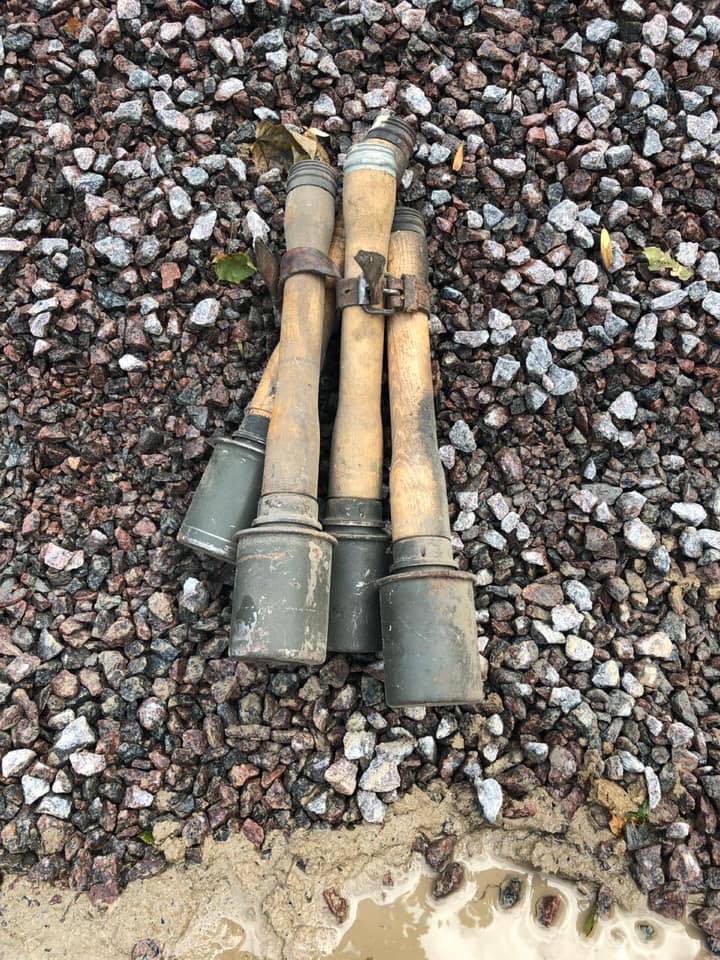 Potato Masher: Everyone loves a bundle of Stielhandgranate 24s! 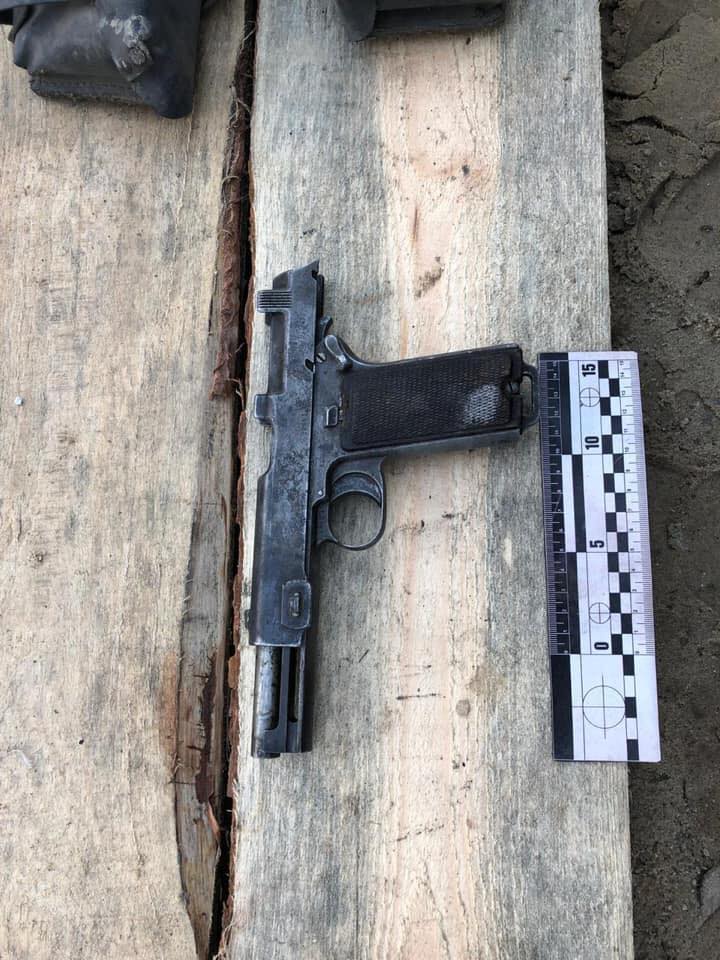 How about a gently used Steyr-Hahn 1912? Adopted by the KuK as the Repetierpistole M1912, Poland, Germany and others used these through the 1940s, which means this bad boy could have come from numerous sources 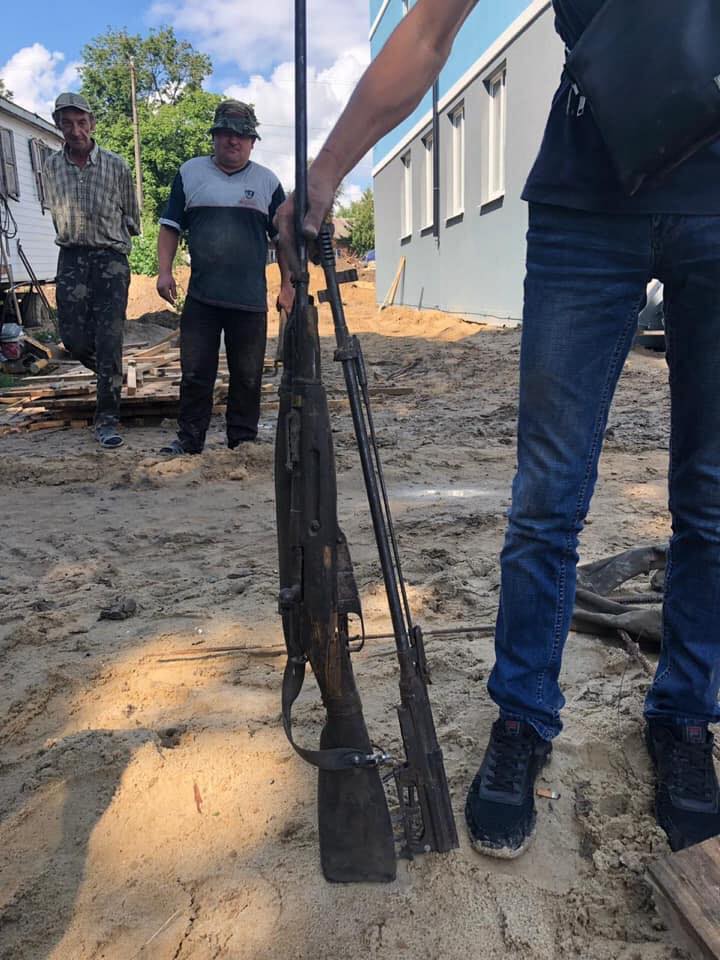 Some people get all the luck. The best thing I ever found left behind on a house demo was a coffee cup.

Give you three guesses as to what this gun is

What do you think?

Donated to a museum north of the Arctic Circle in 1973, it is just 22.1-inches overall in length and chambered in .30-06, although of course, that is neither the original configuration nor caliber.

If you guessed that it was a Canadian-made Ross M-10 rifle originally chambered in .280 Ross, then you are correct.

For more info, head on over to my column at Guns.com.

In the course of my work at Guns.com I see any number of neat-o guns and ran across these two recently that I thought I would share.

The first is the “Frankenmark” used by Vlogger 22Plinkster.

It’s a Browning Buckmark with a Tactical Solutions Trail-Lite threaded 5.5-inch barrel, Tandemkross Victory trigger and Halo slide system topped with a Trijicon RMR and en-quieted with a SilencerCo Sparrow screw on can. For those special occasions like when you have to shoot through the open center of a Girl Scout Samoan cookie to split the card on the other side without touching the cookie…

Then there is the Fugly Mosin SBR as made by Vlogger IV8888. 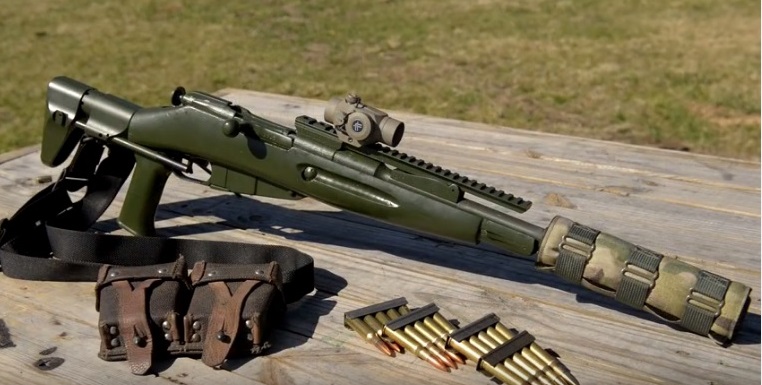 An Obrez with a little reach…

The M91/30 Mosin mashup includes a Vortex Sparc II optic set up scout rifle style (and yes, it still takes stripper clips), a custom rear grip/stock, and hushup via a AAC 7.62-SDN-6 suppressor and special 7.62x54R subsonic rounds, for those special occasions when you need a backpack-sized rifle to take 100 yard shots.

Looking like something Jawas would use in a driveby, there exists a sawn off conversion of the Imperial Russian Army’s Model 1891 Mosin-Nagant rifle that is sure to draw any curious gunnies’ attention. It’s dubbed the Obrez, and its something of a flamethrower.

The word Obrez roughly translates into ‘cut down’ in Russian, with the term often used in connotation of pruning a tree or in the act of circumcision. As the name would imply, it is a sawn off product that originally was much longer. The object at the center of this concept was the standard infantry rifle of 1917 Russia, the Vintovka Mosina commonly known as the Mosin-Nagant.
Read the rest in my column at GUNS.com 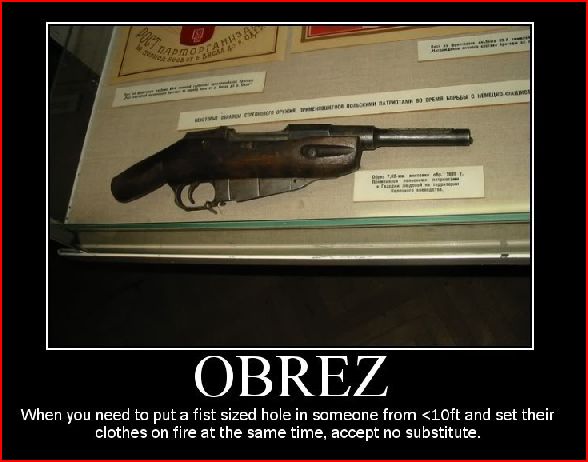