So recently I have been researching one downright weird friggen wheel gun.

I was able to find two clues throughout gun history where other people have encountered such a beast in the wild.

A 1927 Bannerman’s military surplus catalog listing to a rare revolver “found in a Paris gunshop.” 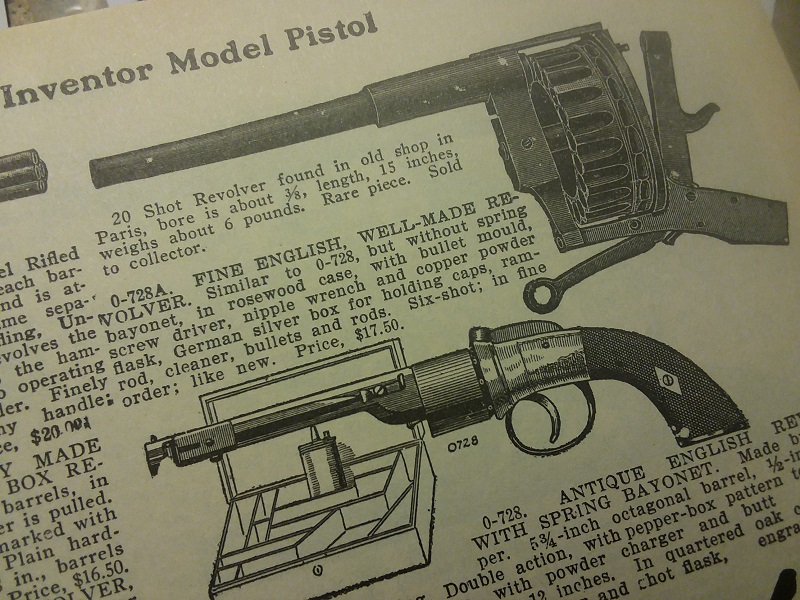 And a 2007 Hermann Historika listing in Germany of an “Unbekannter Grabenrevolver(?),” which translates roughly to an unknown trench/turret revolver (?). Other than the fact it is a top break, it is a dead ringer.

You know when they use the term “unknown” in a two-word title, and end it with a question mark, something bananas is going on. 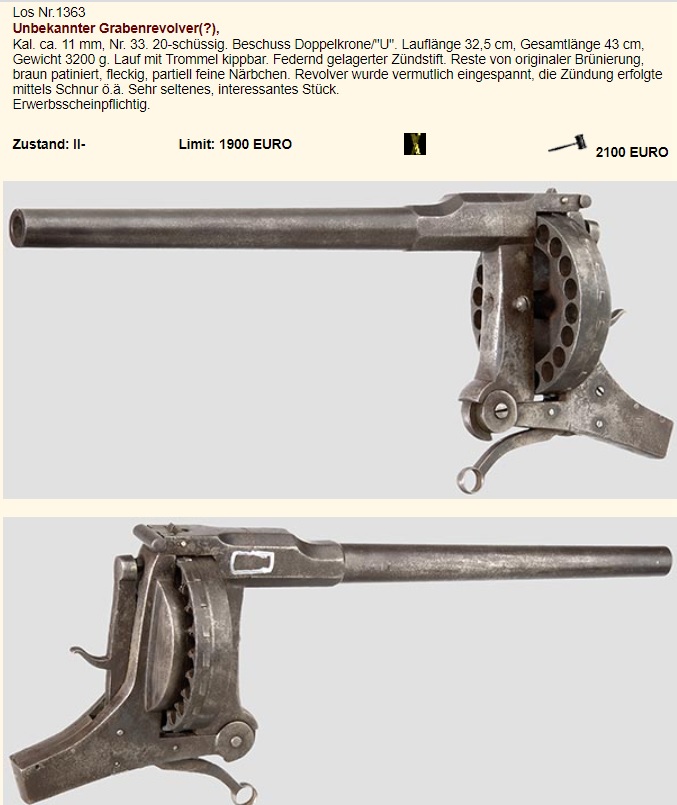 So what is it?

Good question, more in my column at Guns.com.

Recently I’ve been fooling about with some rarely-encountered but nonetheless very cool guns:

…and a Wildey gas-operated .45 Win Mag of Charles Bronson vintage 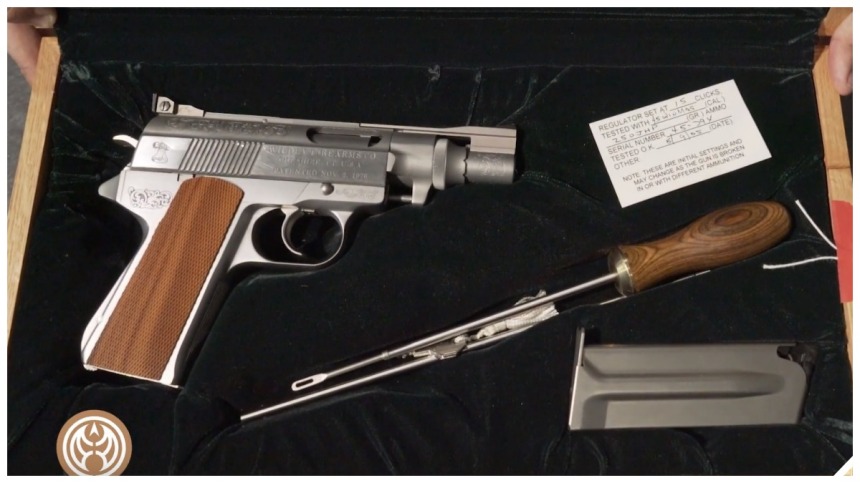 Both are aristocratic hand cannons from a different era. We call it the 1970s and 80s.

With that in mind, I’ll be in Las Vegas for SHOT Show all week, so stay tuned for updates on cool guy stuff.

How many of these do you know?

Rock Island Auction company always has a collection of interesting pieces at their events, but their upcoming April Premiere auction has some seriously strange guns: 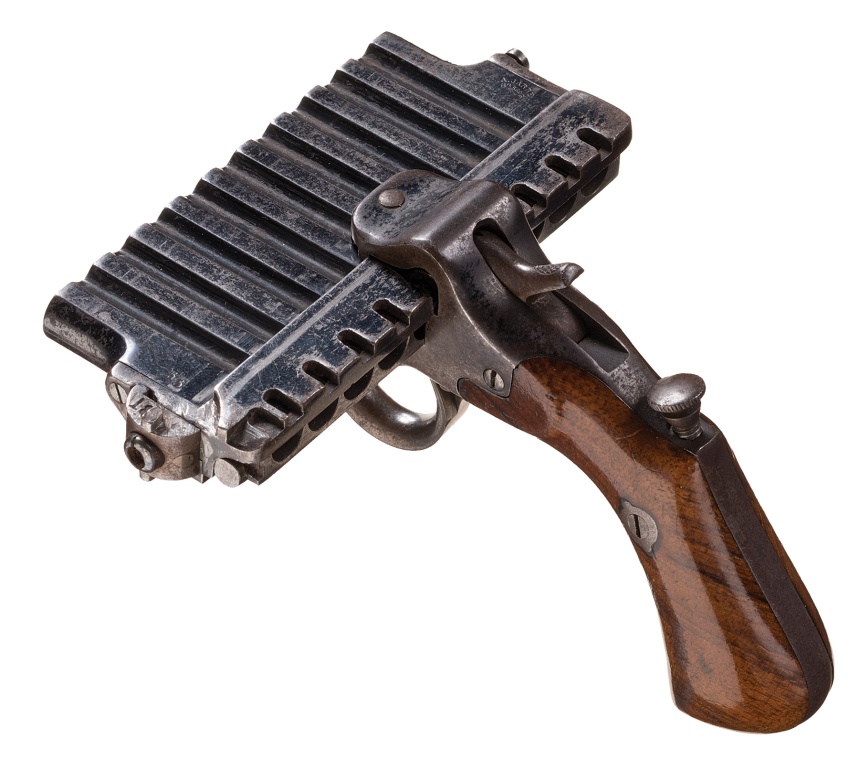 For info on just what the heck these are, check out my column at Guns.com.

Gunmakers have long catered to individual markets. Today we have shotgun makers who concentrate on elegant hinge-break SXS shotguns for clay shooters, while others make camouflage pumps for hunters, and still others market black tactical jobs to those who ride C-130s to work. Well, in the 1970s there was a guy in Connecticut who came about with the idea to make a police carbine that had a whole gamut of neat little features that no one else was making. That man was G.J. Fox and his gun was the Tac-1 Police Carbine.

In 1971, Gerard Jerry Fox patented (US #3735519) a special purpose gun that immediately distinguished itself from the pack of carbines by incorporating a couple of head turning features. Marketed to the law enforcement, security, and corrections community, Fox’s semi-auto carbine was unlike any either before or since.

To keep the community safe in case the gun was captured, lost, or stolen, it had a combination lock that blocked the sear from firing. Yes, that’s right, a three-wheeled combination lock that could be set from 000 (factory default) to 999, like on a bicycle security chain. Additionally, a battery cell could be fit in the buttstock that powered a cattle-prod type riot control baton capable of delivering an electric shock.

And these were just bonus features; let’s look at the gun itself!

Read the rest in my column at GUNS.com

Yes, thats a combination lock on the side of the gun….