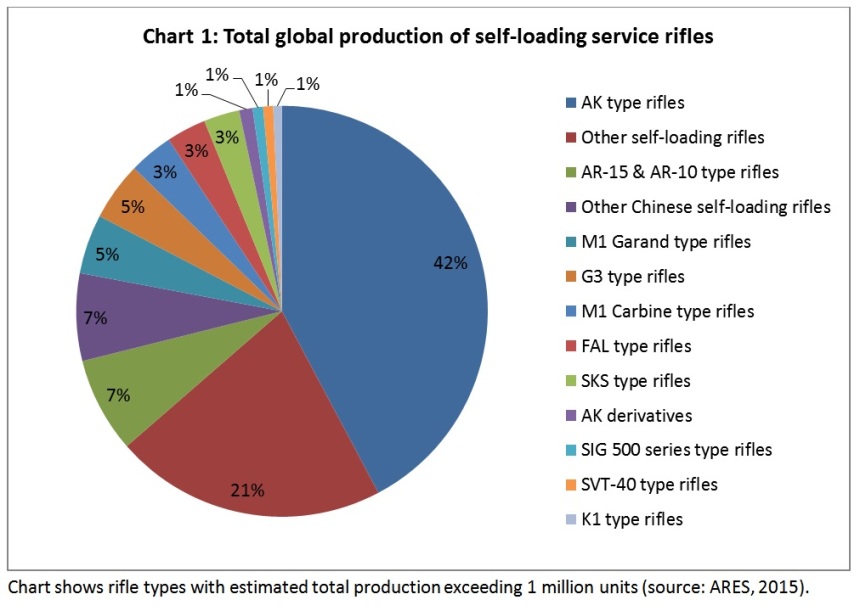 AK-47 style rifles accounted for almost half of the global production of self-loading rifles over the past century according to the study. (Graphics: Small Arms Survey)

A new study released by the Small Arms Survey found that over half of all autoloading rifles ever made for military use are either AK-type or AR-10/15 type designs.

The effort concentrates primarily on military arms issued as a primary combat weapon and not those built or marketed to the civilian or law enforcement user. As such it includes select-fire and automatic magazine-fed rifles such as the AKM and semi-auto battle rifles such as the M1 Garand made after the advent of smokeless powder. Excluded were crew-served weapons.

Starting with the Danish Navy’s order of 60 Rekylkarabin carbines in 1896 and moving forward, the study concluded some 175 million self-loading rifles have been produced for military use since then, noting this figure was “conservative.” 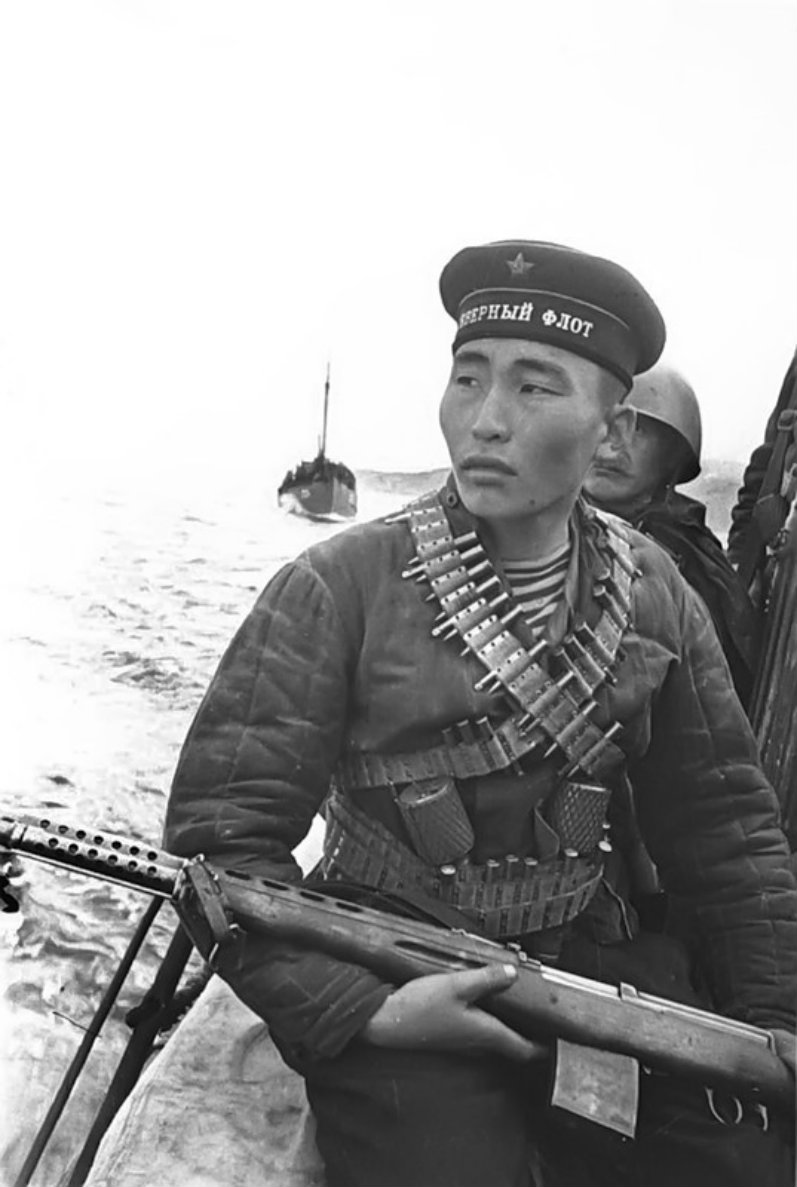 Hero Radna Ayusheev, an ethnic Bashkir sniper of the 63rd Soviet Naval Infantry Brigade, is photographed during the Petsamo–Kirkenes Offensive. The Petsamo–Kirkenes Offensive was a major military offensive mounted by the Soviet Army against the German Wehrmacht in 1944 in northern Finland and Norway. The offensive defeated the Wehrmacht’s forces in the Arctic, driving them back into Norway. Ayusheev is credited with killing 25 German soldiers during the operation but was later killed in action at Kirkenes, Norway, October 1944 (Hattip bag of dirt)

Dig on the SVT-40, the original Soviet battle rifle of which Ayusheev almost surely has the Sniper Rifle variant that shared the same 3.5x PU optic that the Mosin 91/30 Sniper used– though if you note, our good Soviet marine is lacking an optic on his.

The Wermacht, liked these rifles so much they used captured SVT’s extensively with the preceding SVT-38 known as the SIG.258(r), the SVT-40 as the SIG.259(r), and the SVT-40 Sniper Rifle was designated the SIG.Zf260(r).

As for the 63rd, they carry the moniker of the “Guards Kirkenneskaya” brigade today due to this campaign. They earned it. Unlike some Frontoviks who fought against easy-going Romanians or Italians, the 63rd went into combat against tough German Gerbisjagers mountain troops and the Finns– on their home turf, which most invaders agree is never a good idea.