SBI’s 41 Center Console-Offshore craft design, which uses a 41 ft (12.5 m) deep-V aluminum monohull and was already in use with the Colombian Navy and Royal Bahamas Police Force, uses four outboards to hit 54+ knots in open ocean (though not likely that fast in anything but the calmest of sea states). These craft will carry a up-to four armed AMO agents in shock-absorbing seats and are capable, like slightly smaller USCG 45-footers, of 12~ hour patrols. 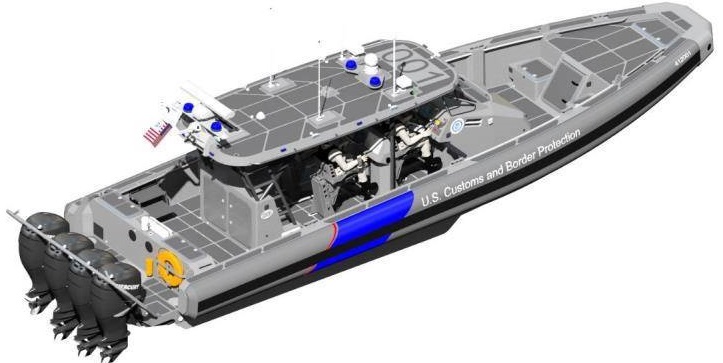 Now, CBP announced they have taken possession of the first of these $923,000-a-pop coastal gunboats, which will be named the Alexandria, after of one of the first maritime law enforcement “collectorships” used by the Department of Treasury in 1789. 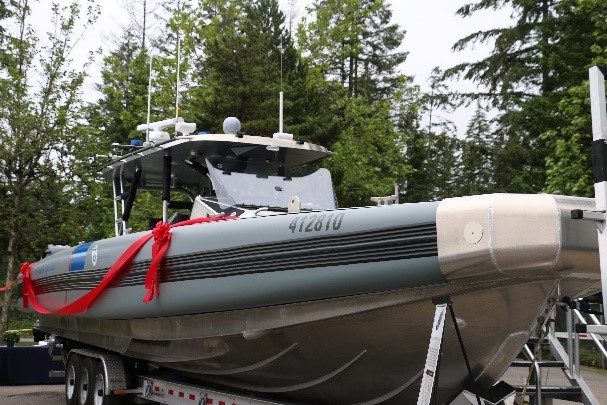 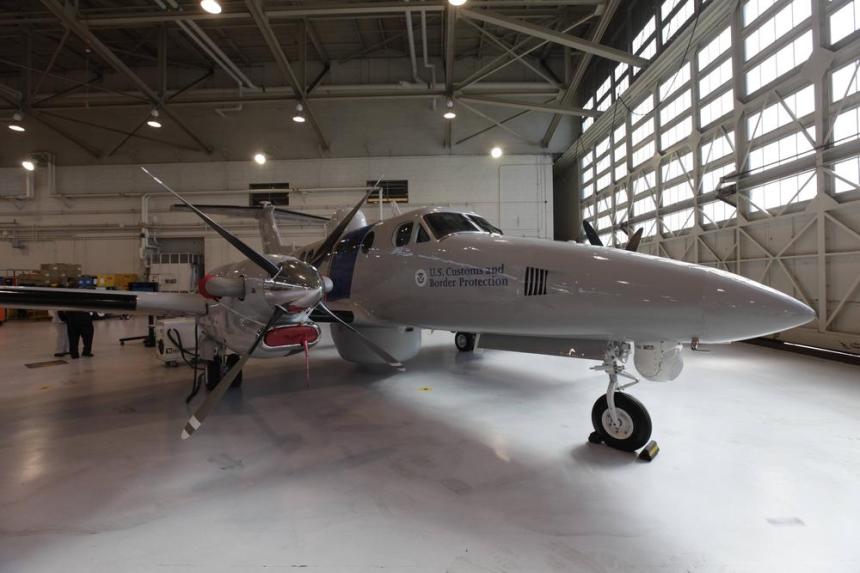 Pretty interesting video of the U.S. Customs and Border Protection’s (CBP’s) Office of Air and Marine (OAM) Multirole Enforcement Aircraft (MEA ). Based on a Beechcraft Super King Air 350ER, some 30 MEAs are envisioned to replace a bunch of legacy 1970s and 80s vintage King Air C12M, King Air C12C, and B-200 aircraft. The MEA has a maximum speed of 270 knots (310 mph), maximum range of 1,620 nautical miles and an endurance of five hours. The crew compliment is two pilots and two sensor operators to perform ISR and interdiction missions over land and sea. CBP operates more than 273 aircraft in a staggering amount of variants all over the country, making it one of the  largest ‘air force’ in size worldwide.