Posted on October 25, 2021 by laststandonzombieisland 2 comments

76 years ago today, while the Navy was fighting off the last major sortie of the Japanese fleet in the Philipines, the ground war in Europe was slogging away.

Battered but happy Soldiers of the 79th “Cross of Lorraine” Infantry Division, enjoying some Luckies on their way to a rest camp after being relieved from combat near Laneuveville, Meurthe-et-Moselle, France.

Ordered into active military service 15 June 1942 at Camp Pickett, Virginia, Maj. Gen. Ira T. Wyche (USMA 1907) in command, the 79th landed at on Utah Beach on Normandy on D+6 and spent the next 248 days in combat through Northern France with the Third Army then the Ardennes and into Central Europe with the Seventh Army, including several spates of brutal house-to-house fighting. 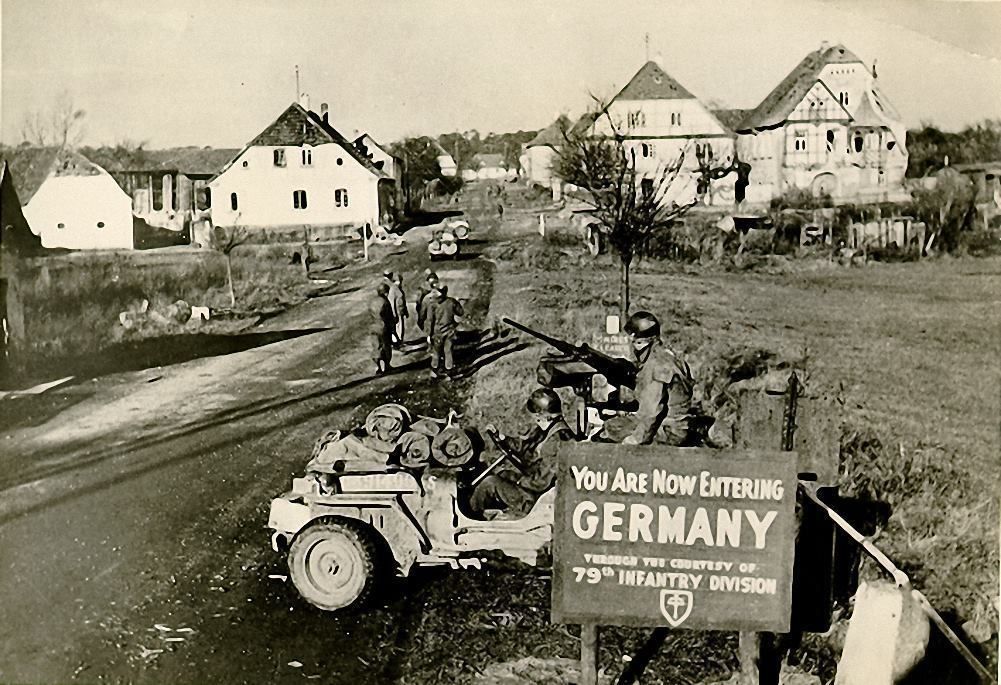 You are now entering Germany, courtesy of the 79th Inf. Div