From tankbuster to tornado tracker

In a move to beat swords into plowshares, the National Science Foundation is funding a program to convert some A-10 Warthogs, soon to be retired from the Air Force, into storm trackers to pierce inland tornadoes. (Note: the craft in the article carries the markings of the 354th Fighter Squadron “Bulldogs” from Davis-Monthan, and sadly lacks the 30mm main gun, which may actually be capable of killing a twister) 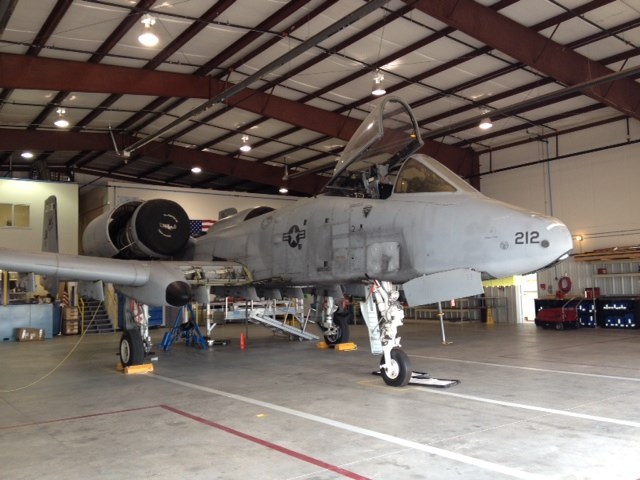 It just looks wrong without the 30mm gun.

From the OKC Fox affiliate

“It’s not built for speed, said A-10 Aircraft Program Manager and Crew Chief Vince Schneider. “It was built to loiter and stay over top of the battle field to protect the army.”

The A-10 Schneider is working on is retired from active duty, but is getting a new life as a storm penetrating aircraft. The jet will hunt down tornadoes and hurricanes, capturing crucial information.

“The mission of this aircraft is to get close to the storm,” said Schneider.

It’s a $13 million project funded by the National Science Foundation. Zivko Aeronautics in Guthrie was chosen to make the project a reality. Schneider is in charge of retrofitting the new technology into the aircraft’s old body.

A computer server system will be installed where the weapons system used to be. The system will use sensors on the wings to detect things like wind speed, pressure and movement of a storm. The information is then sent to researchers working on the ground.

“So they’ll get real time, first-hand knowledge of whatever it is they want to sample,” Schneider said.

The A-10 will be equipped to release small sensors into the storm, similar to what was done in the movie “Twister”. The only difference is the sensors will be released from above the storm instead of below it.

“We’re actually going to drop ours out of the wing tips and the wheel pods,” said Schneider.