In 1933, with aircraft carriers few and far between, helicopters nonexistent and radar in its infancy, if a surface ship wanted to see over the horizon this meant a seaplane. And the go-to for the U.S. Navy at the time was the Curtiss SOC (scout/observation SO aircraft produced by Curtis-Wright C) Seagull. 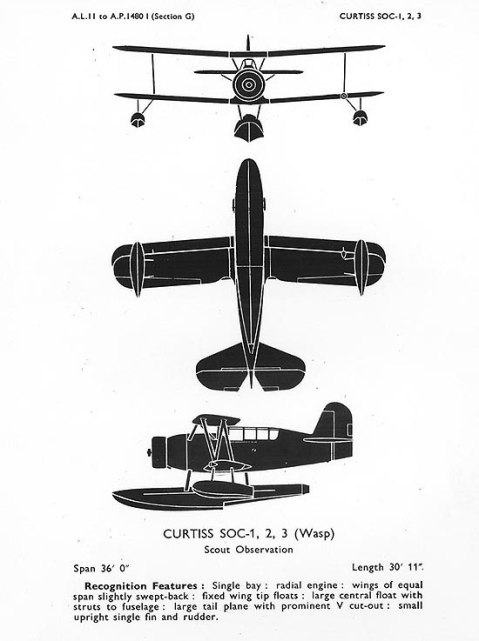 This overgrown bumblebee could putter around at about 130 mph and stay aloft for about four hours or so. If needed, the big Pratt & Whitney R-1340 single-row 600 hp engine could be leaned down to give a one-way range of almost 900 miles to deliver mail and dispatches ashore or to other ships far over the horizon.

Armament? Yeah, about that– just one Browning M2 AN machine gun forward and another aft, each with 500 rounds ready. Don’t confuse these guns with the M2 .50 cal, as they were a .30.06-cal air-cooled gun which had a much higher rate of fire (1100 rpm) but much smaller bullet that had about half the range. Besides this, the little scout could carry about 500 pounds of bombs or depth charges.

Some 315 Gulls were made in four marks by 1938 for the sea services and were used both from seaplane tenders, shore stations and cruisers/battleships.

SOC-3A Seagull floatplane of US Navy Scouting Squadron 201 (VS-201) parked on the deck of escort carrier USS Long Island, 16 Dec 1941. Note the float has been replaced by landing gear and a 325 pound aircraft Mk 17 depth charge is fitted center line. 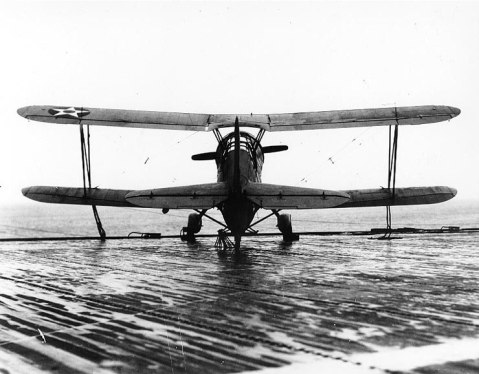 It was the latter that the Gull excelled, as since they could be “knocked down” to as small as 12-feet wide, a large cruiser or battlewagon could carry 8 of these seaplanes if needed (4 on the deck/catapults, 4 in the stowage).

SOC-3 Seagull aircraft stripped for maintenance in the hangar of light cruiser USS Savannah, 1938; note the close up of the Pratt and Whitney R-1340 9-cylinder radial engine and caster tracks to roll the planes out of the hangar on its truck and on deck for launch NH 85630 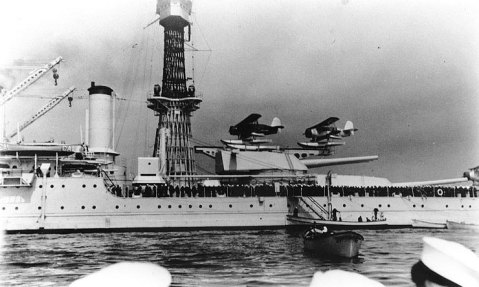 While the battleships soon had their Gulls replaced by monoplane Kingfishers, the simple Curtiss biplanes remained in service on cruisers as late as 1944 where they were used to scout, rescue downed pilots and lost seamen and adjust naval gunfire.

USS Memphis’ Curtiss SOC Seagull scout-observation aircraft hooked onto the recovery mat, in preparation for being hoisted on board, circa early 1942

Retired in 1946, the Seagull was perhaps the last biplane in front line regular U.S. military service.

"Fifty pounds of pinto beans is around two week’s food for two. What about the two weeks after that?" - WRSA Reader