In showing a photo montage of the Great War era infantryman’s typical loadout last week, it was interesting to note the non-standard equipment each often carried. While the Doughboy could be expected to have a domino set and the Tommy a trench mace, the French soldier’s kit was shown with a walking cane.

Yup, the canne de marche or cannes de poilus was very popular with the average French soldier of the period. Going back to the time of the little Emperor, senior sergeants in the Grand Armee often carried their own thick canes for correcting disciplinary problems and there was evidence this practice continued through the 1870s.

By the time of the Great War, the elite “blue devils” of the French Chasseurs Alpins and les troupes alpine were issued long-handled walking sticks for use in skiing and mountaineering. 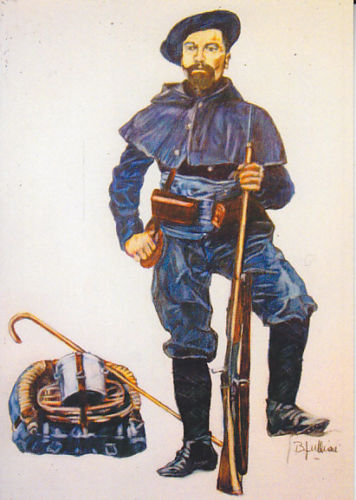 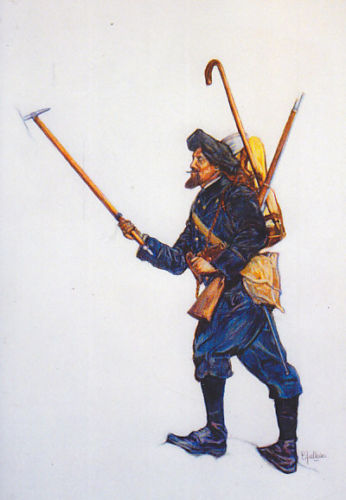 Then came the average soldier, or poilus (bearded ones) who often carried their own non-standard walking sticks to help during marches–especially along muddy roads of the era– or to kill rats in bivouac. As imagery from the time shows, these sticks were widespread and varied from soldier to soldier. Functional trench art if you will. 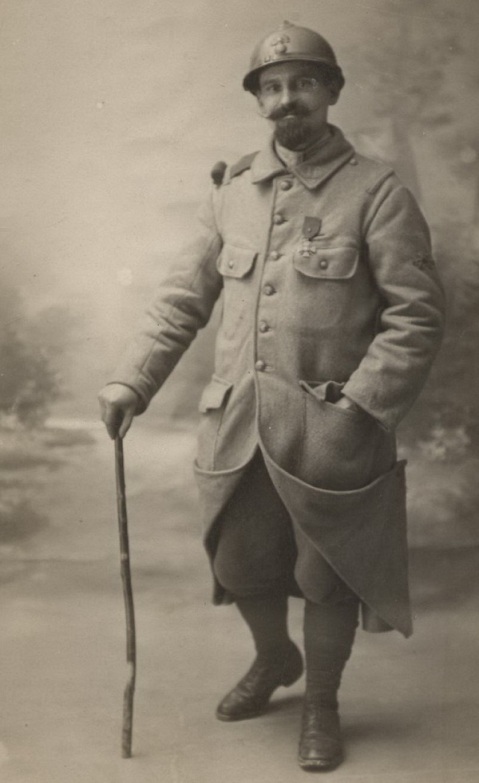 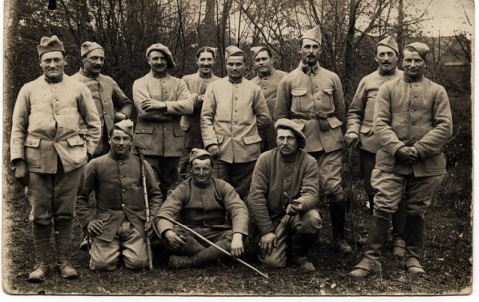 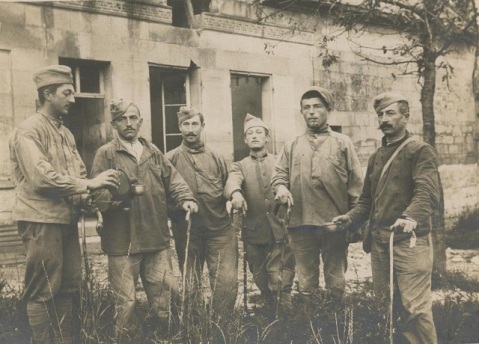 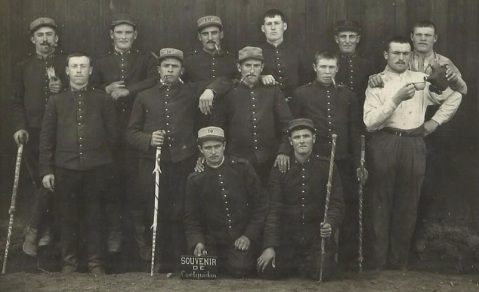 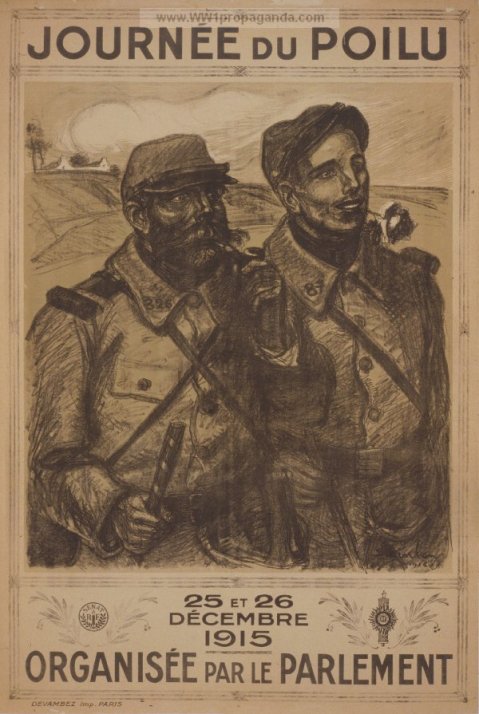 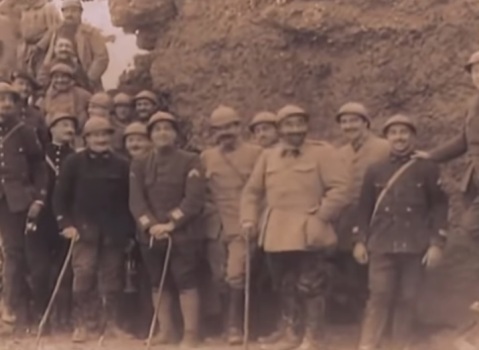 French soldiers and officers outside of Fort Vaux, Verdun, December 1916– with canes

Some examples of walking sticks have even been found made from legacy infantry sabers.

There is some evidence the practice outlived the trenches of the Great War.

This image from 1919 portrays a soldier on occupation duty in Germany, his kit carried by a local German boy. 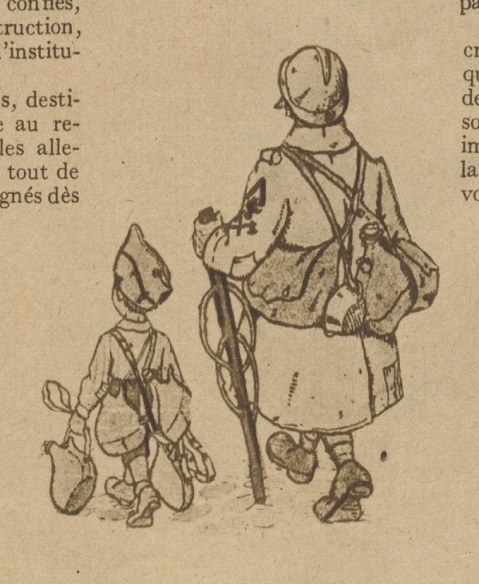 Here are a set of French soldiers in 1939 with their own very well-made walking sticks:

WWII Free French icon Gen. Philippe Leclerc de Hauteclocque was often seen with a cane though he may have used it honestly– as he broke his leg in two places in a fall from his horse in 1936– although in this 1947 image he seems to get along just fine without it.

Further, tributes such as postage stamps and monuments across France all show Leclerc with his ever-present canne, though rarely showing him actually using it, giving even more credence to the fact that it was his own marshal baton throwback to the time when he commanded  First World War veteran poilus as a young sous-lieutenant with the 5e Régiment de Cuirassiers on occupation duty in the Ruhr.

For more information and the source of many of these images, please refer to the excellent (French) site Centre de Recherche sur la Canne et le Bâton.