Keep the Artilleryman in mind, and in your bookcase

I subscribe to a number of rather eclectic military history publications to include Warship International (which I plug on Warship Wednesday) as well as Military Historian and Collector (the journal of the Company of Military Historians). One that I don’t plug enough is The Artilleryman, which covers all things that go boom, basically.

This is John Bartleson Jr.’s article from the Summer 2016 “The Artilleryman” Magazine. He details the Sawyer percussion fuse. 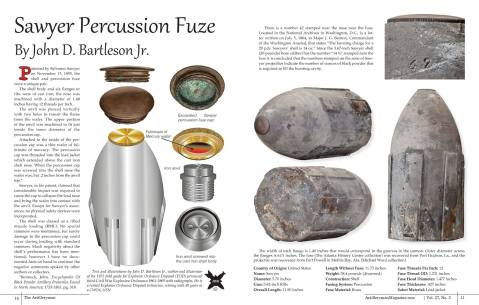 By all means check it out The Artilleryman, now in its 37th year.