Until 1998, platoon-sized Marine detachments were standard on deploying battleships and carriers (as well as cruisers and even some small gunboats through WWII). These dets served various administrative duties (door guards for the skipper and afloat admirals, honor guards for port visits) as well as a legitimate military purpose (TRAP, “special munition” guard, ship defense et.al).

Below are some 1988 images of the MARDET of the USS Dwight D Eisenhower (CVN 69), then in the 6th Fleet on a Mediterranean Sea cruise, working up with their WWII vintage M1911 .45-caliber pistols in their berthing space aboard the ship. 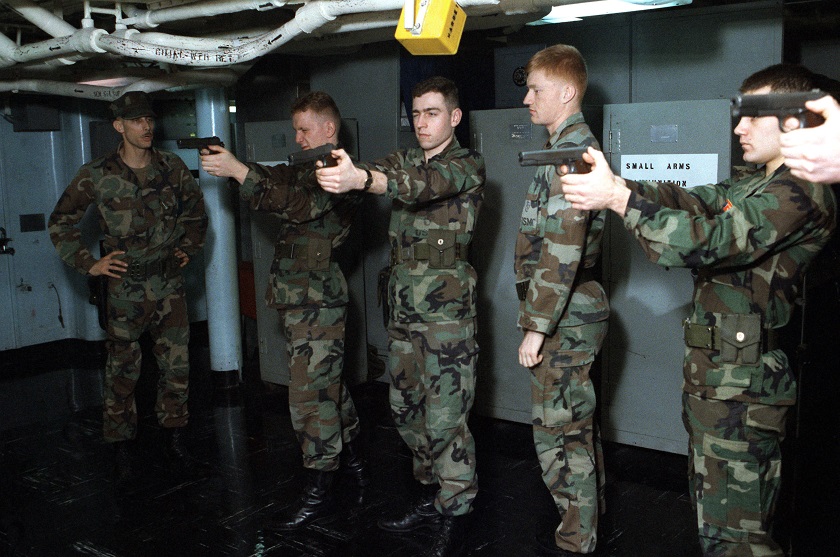 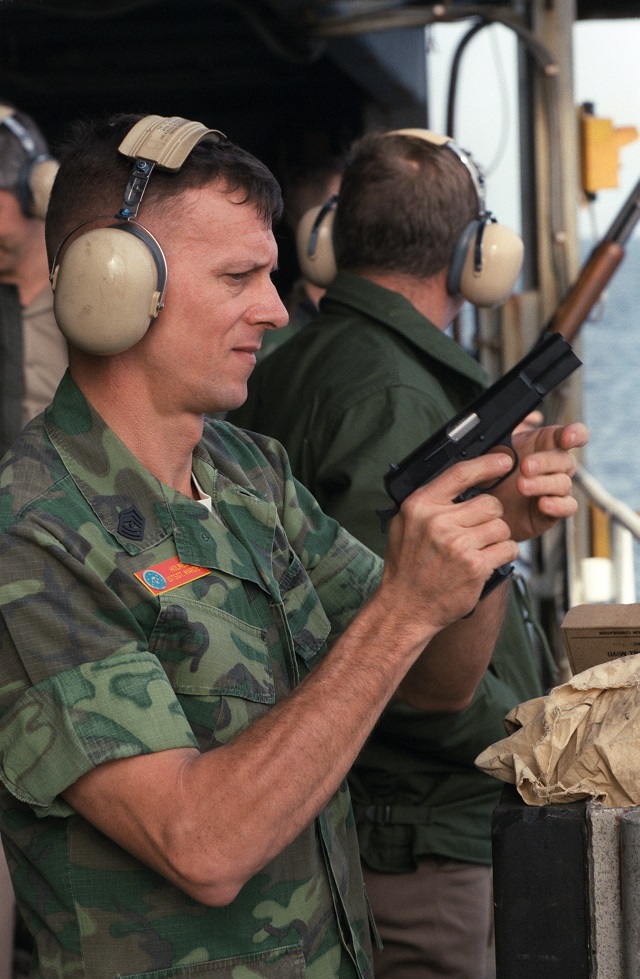 Note the shotgun in the background.