The Tsar’s Pearl Harbor, 114 years ago

While negotiating a tense crisis that had grown over a decade of increasingly close Russian involvement in Manchuria and Korea (see Sino-Japanese War in 1894 and Boxer Rebellion in 1900), a Japanese force under Adm. Togo conducted a pre-emptive strike on the Russian fleet at anchor in Port Arthur– without a declaration of war. 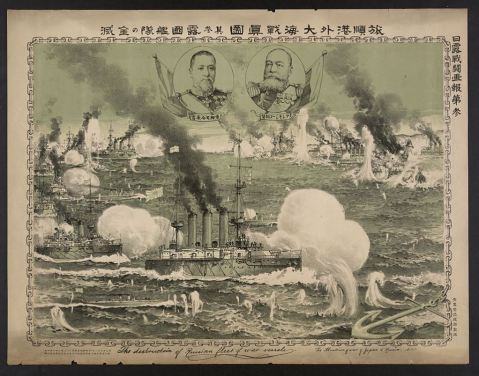 Using a force of 10 destroyers, the first Japanese torpedos were in the water at 00:28 on the snowy Tuesday morning of 9 February 1904 and the force withdrew from the harbor by 02:00. Of the 16 torps fired, just a few hit their targets, damaging the pre-dreadnoughts Retvizan and the Tsesarevich and the protected cruiser Pallada— all of which were returned to duty in a few weeks. 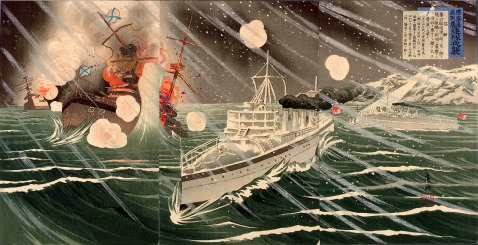 Slightly more dramatic that what actually happened, but hey, that’s why they call it propaganda

The night engagement and a delusory surface action the next morning likewise was unspectacular, resulting in a total of about 100-150 dead on each side. 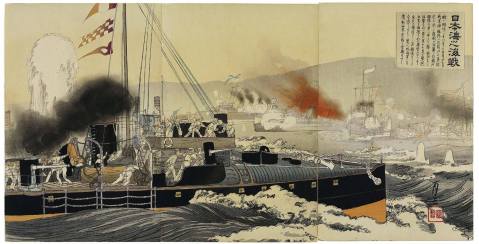 Though tactically ineffective, Togo did achieve surprise on the Russian bear and the fleet at Port Arthur never managed to leave the harbor successfully during the resulting war, which proved disastrous for the Tsar.

One response to “The Tsar’s Pearl Harbor, 114 years ago”