A former Delta Force assaulter walks you through the awesomeness that was his CAR-15 back in the day, to include cardboard, a dive light, and bicycle innertubes.

Before he moved on to becoming the Vickers in Vickers Tactical, Larry Vickers was a career U.S. Army Special Forces guy who served with Delta Force throughout the 1980s. In the above, he shows off a recreation of his personal blaster from the period. The Colt Model 723 was basically a shortened M16A2 carbine that was more developed than the XM177E2 used by Green Berets in the Vietnam era.

His CAR-15 has plenty of things you just don’t see today outside of retro builds to include an upper with a non-detachable carrying handle and a tweaked two-position stock, and that’s just for starters.

As detailed by Vickers, he carried an Underwater Kinetics Super QXL dive light (insert giant sucking sound here as every airsofter and Delta operator fan rushes to search the web for one) that had been wrapped with black innertubes and hose-clamped to the handguard. Other mods include a jungle mag clamp set up with cardboard and 100 mile-an-hour tape and an AimPoint 2000— which the optics company says was discontinued in 1989, the same year Delta Force went into Panama.

“This was a great gun, great optic, a great piece of kit,” said Vickers. “Got me through harm’s way and got me home safely, so I am very partial to this setup.” 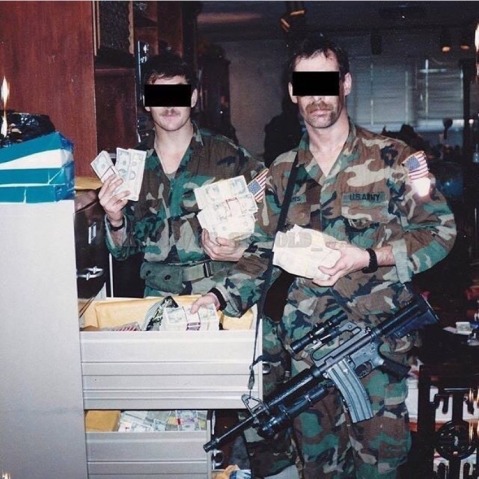