Loading up to go see a bridge, 75 years ago today 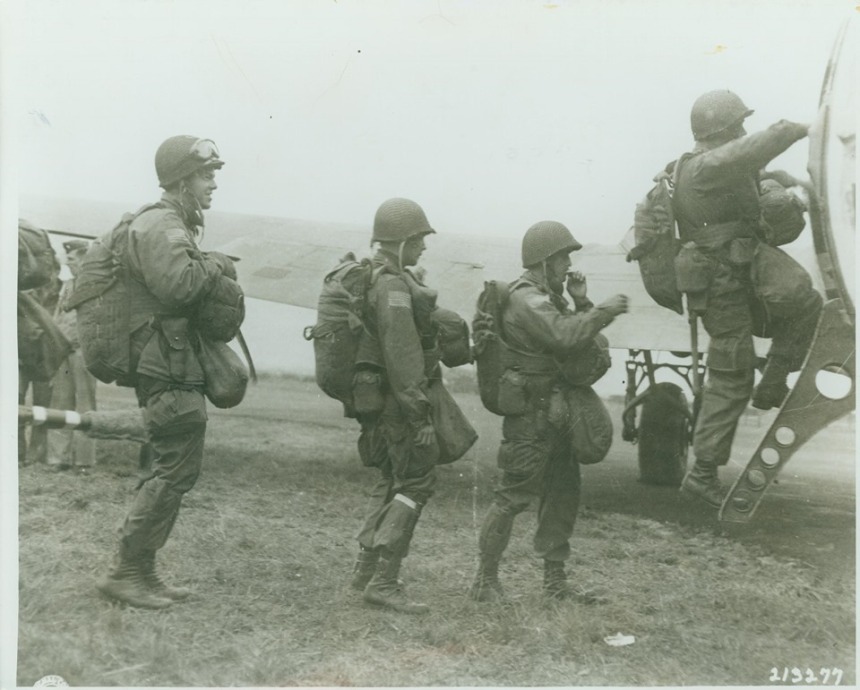 Part of the epic First Allied Airborne Army, the 82nd, along with the 101st, the British 1st Airborne, as well as later Polish and other Allied units, was to make a daylight combat jump in what is still the largest airborne operation of all time, Market Garden. 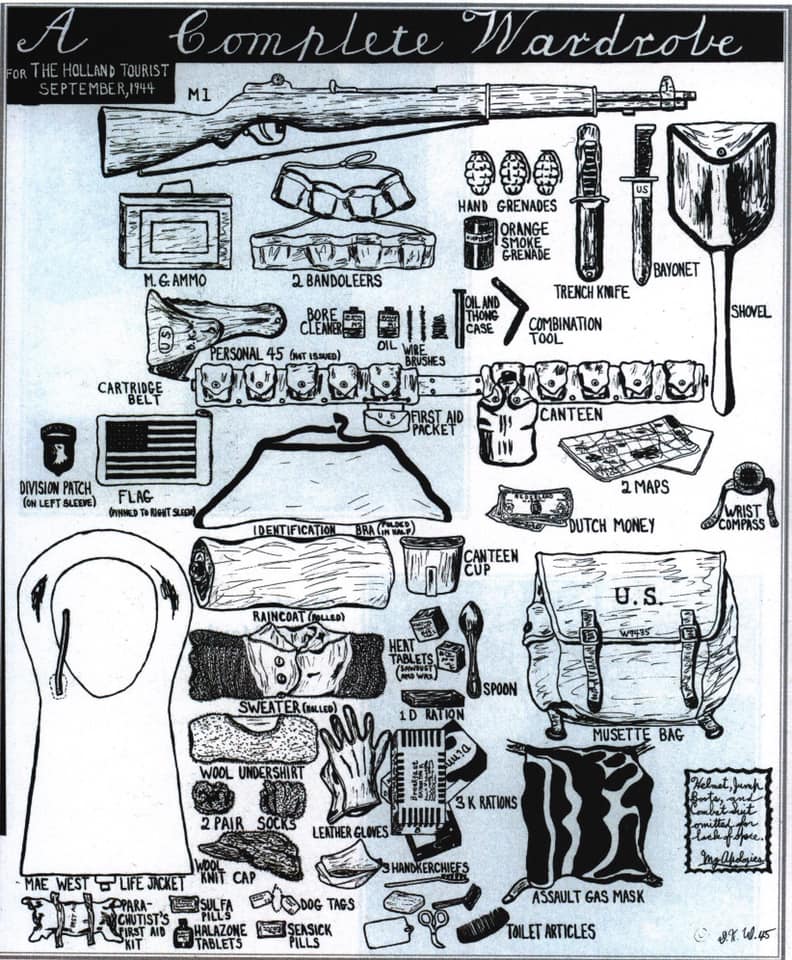 Men of the 508th Parachute Infantry Regiment during Operation Market Garden, 17 September 1944. Note the patch has been obscured by censors. 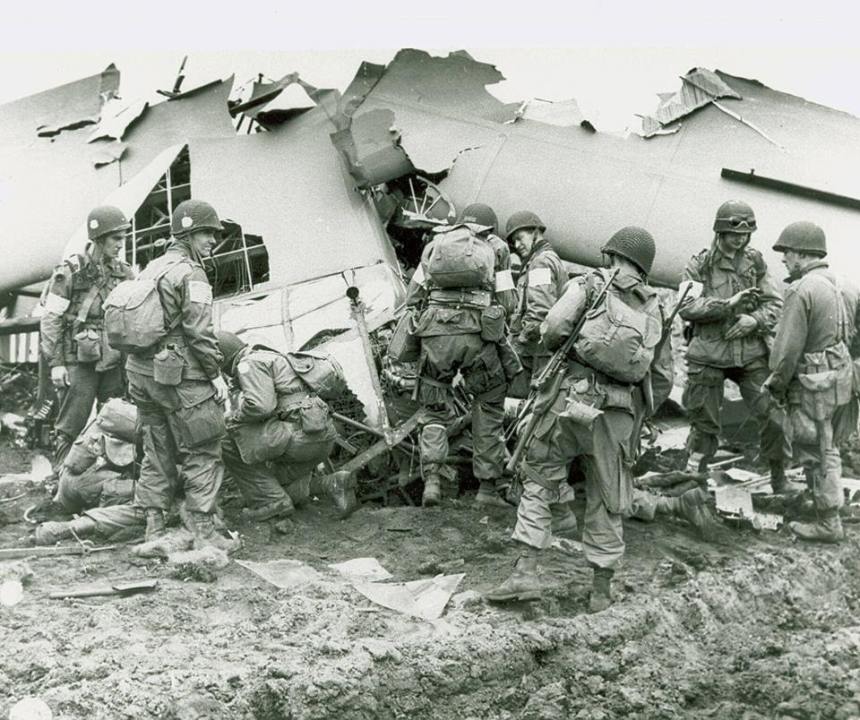 101st Airborne Division troops that landed behind German lines in Holland examine what is left of one of the gliders that cracked up while landing.

Of course, not all goes as planned…