Beretta has been around for at least 400 years, with a lot of that in the handgun market. The M1951 popped up the days immediately after WWII and became a crowd-favorite not only in Italy but around the globe for a generation. Then came the Model 92 in the 1970s, which took all the lessons learned from the ’51 and made good on the design, primarily making it a double stack.

It is a good design, seeing much service.

Fast forward 40 years and the 92 spent most of that as the standard sidearm of the U.S. military– and will likely take another generation or so to be totally replaced by the new M17/M18 pistols if the past experience with the M1911 is taken as an example.

However, even though Beretta has introduced more modern polymer-framed handguns (APX, anyone?) they show no sign of putting the vaunted 92 to bed anytime soon. In fact, they are updating it.

For the past month, I have been shlepping this bad boy around.

Recently introduced by the Italian gunmaker, the 92X series is a wholly American concept, produced at their Gallatin, Tennessee plant. Introduced in July in Full-Sized, Centurion and Compact variants– the latter both with and without an accessory rail– the new handgun line is loaded with features and upgrades not found in the more vanilla 92FS/M9 pistols while coming in at a price that is more affordable than the M9A3 and the semi-custom Langdon Tactical/Wilson Combat 92G series guns.

So far, I have put about 600 rounds through this T&E 92X Compact and have carried it for about 150 hours. How does it stack up against other popular mid-sized carry guns in size? 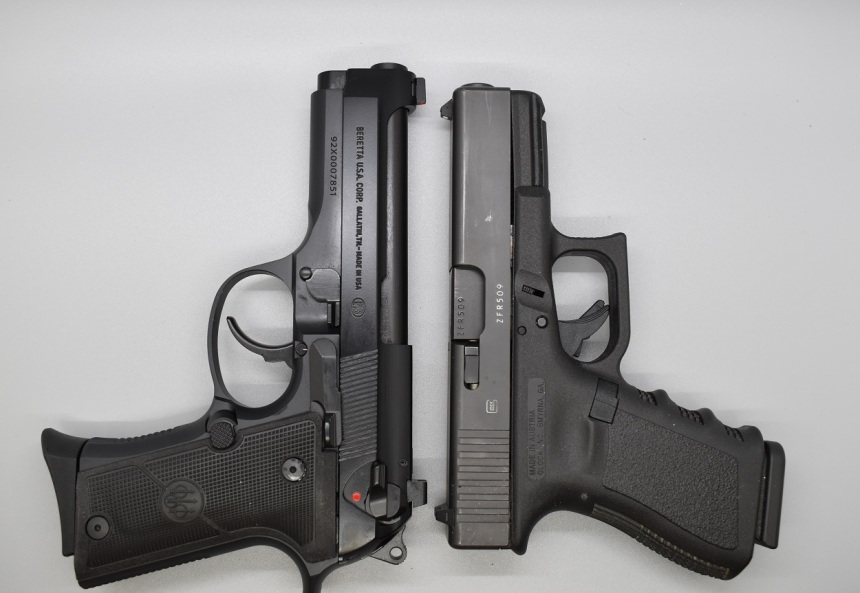 Not too bad, right? Interestingly, the loaded weight difference between these two is only about an ounce apart…