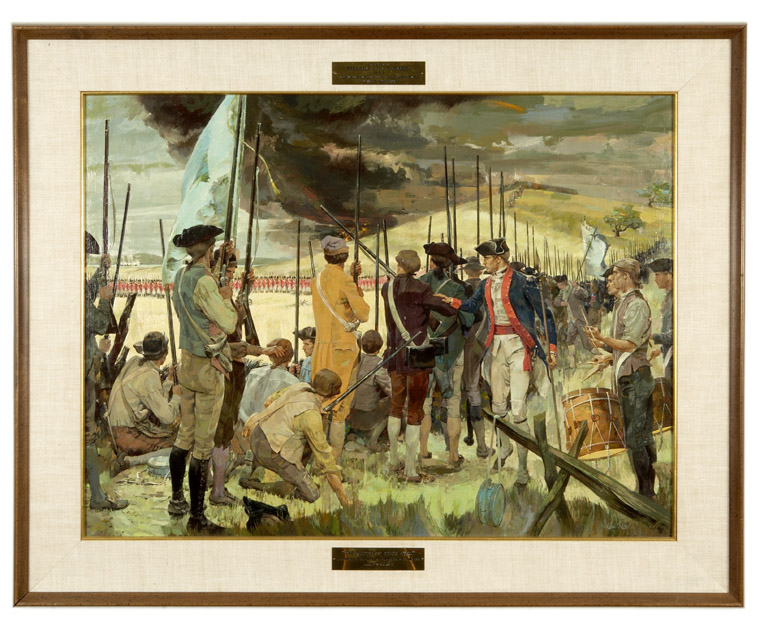 “The Whites of Their Eyes” Colonial militia at Bunker Hill 1775. Ken Riley. Located at the JFK Presidential Library.

Morphy’s has some very interesting and historically significant artifacts coming up in two different auctions this month.

This weekend, they have a very well-preserved Dutch-made .79-caliber smoothbore Type III flintlock musket and corresponding matching bayonet. These types were common in the Colonies before the “Shot Heard Round the World.

Not just any gun, it can be traced directly to Major John Simpson, who, as a young private of the 1st New Hampshire Regiment, fired the first shot at the Battle of Bunker Hill, June 17, 1775.

Of further note, Simpson was the grandfather of Ulysses S. Grant and great-grandfather of Meriwether Lewis of Lewis & Clark fame. 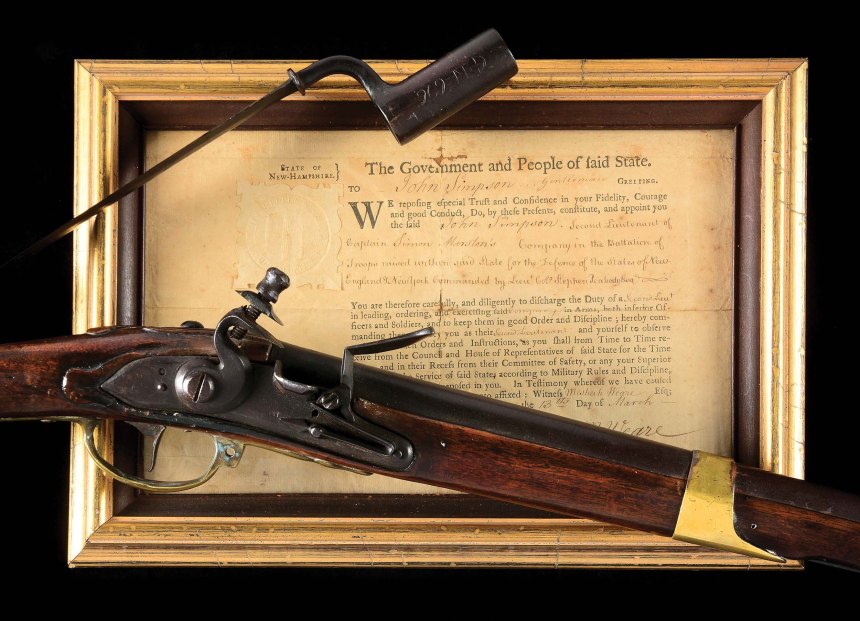 Valued at between $100,000-$300,000, it is anticipated that several institutions and high-end private collectors will be vying for it. More here.

Another relic from the same battle is headed to the gavel on Wednesday, October 30, comes from the Stephen Hench collection. Hench, as you may know, was a noted martial arms historian and co-authored Moravian Gunmaking.

From some 31 vintage powder horns in the auction, one stands out.

Dated “1775” it was owned by 1st Massachusetts Infantry Regiment Minuteman Daniel Kinne of Patridgefield (now Peru), Massachusetts, who fought at the Battle of Bunker Hill. 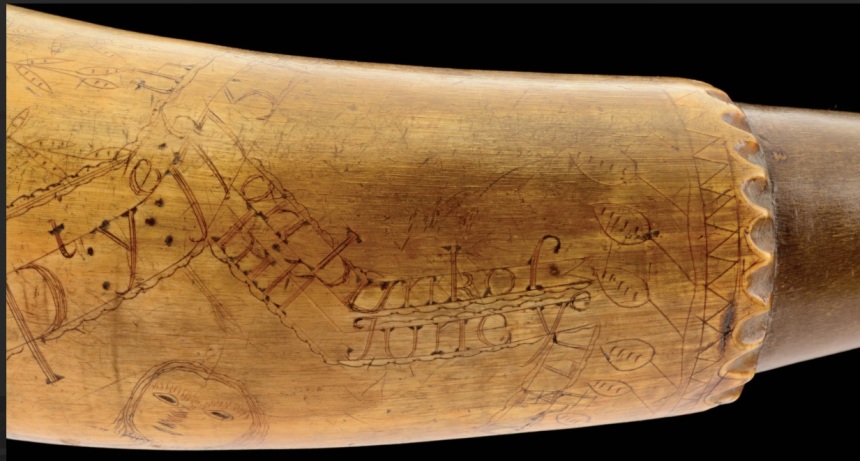 The example in the Hench collection is believed to be one of only three extant horns bearing the name of a Minuteman from that battle. It is also possibly the only such horn that details the battle. It is expected to make $25,000-$50,000 at auction. More here.