One of the most popular weapons used to root out the Japanese on Iwo Jima, 75 years ago this week, was the M2 flamethrower, and with good reason.

Defending the fortress was Lt. Gen. Tadamichi Kuribayashi’s 21,000 Japanese troops, which had largely evacuated the civilian population on Iwo and has spent months preparing the island’s difficult terrain to best resist the amphibious assault. They dug 16 miles of tunnels, broken up into 1,500 different bunkers, underneath the island. Most would never leave on their own two feet. 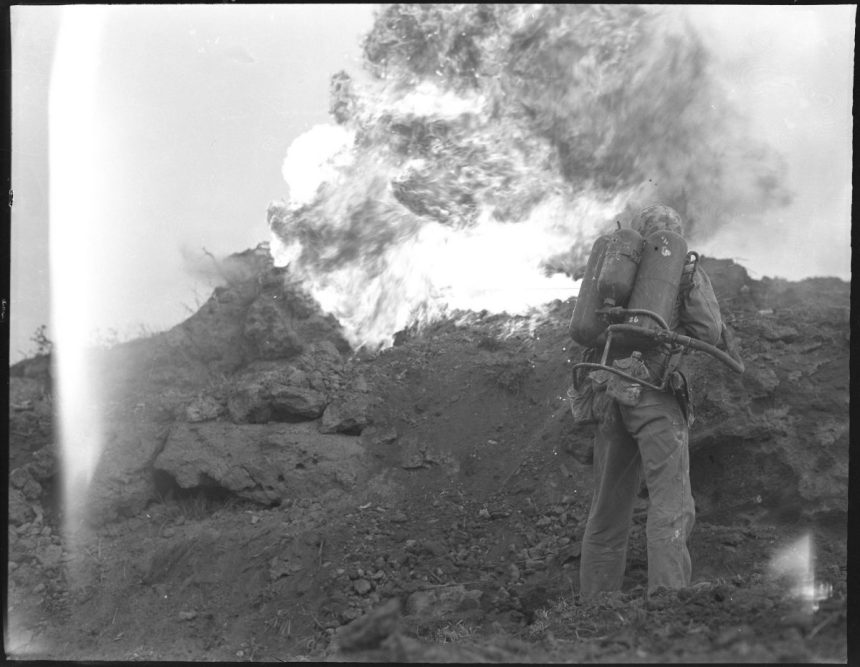 Flamethrowers were useful in routing the defenders from the honeycomb of underground tunnels and bunkers on the island, a tactic that evolved into what was known as the “blowtorch and corkscrew,” method.

Marine CPL Hershel “Woody” Williams, the last living Medal of Honor recipient from the Pacific War, carried a 70-pound M2 on Iwo Jima and used it like a surgeon to successfully take on a network of reinforced concrete pillboxes, with four riflemen in support.

He is currently 96 years old.

In all, the Medal of Honor was presented to 22 Marines and five Sailors for their actions on Iwo Jima, many of those given posthumously. Adm. Chester Nimitz observed after the hellish battle that, “uncommon valor was a common virtue.”