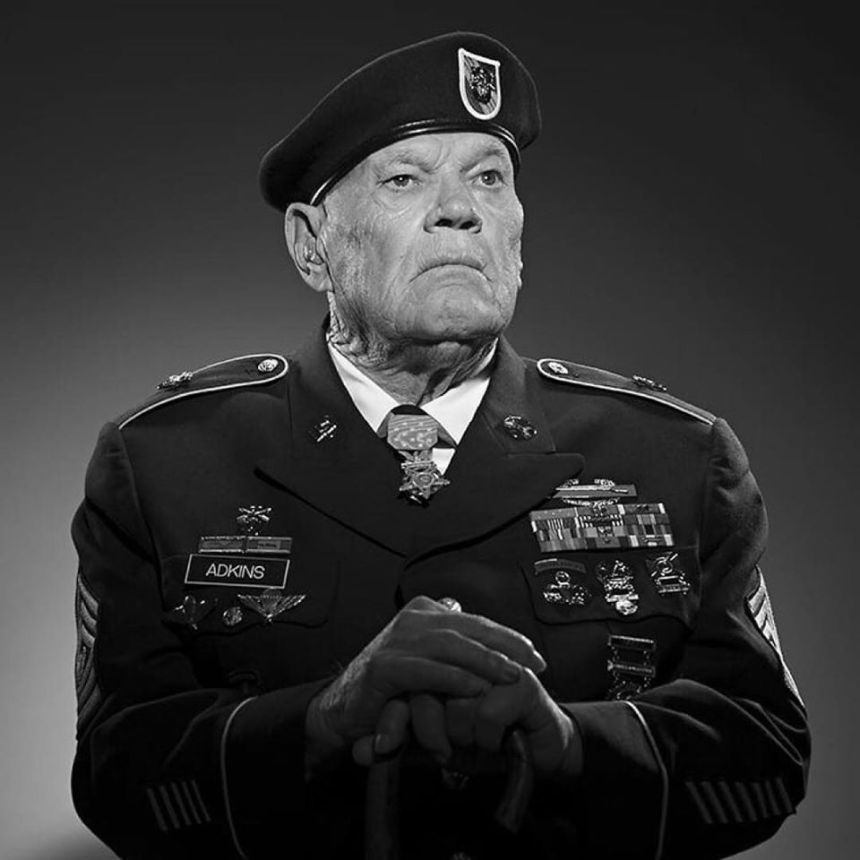 Alabama-born Special Forces Command Sgt. Maj. Bennie G. Adkins, MoH, was a man among green-faced men when in 1966 he was part of an A-team at Camp A Shau and the fit hit the proverbial shan.

As noted by the Army:

Command Sergeant Major Bennie G. Adkins distinguished himself during 38 hours of close-combat fighting against enemy forces on March 9 to 12, 1966. At that time, then-Sergeant First Class Adkins was serving as an Intelligence Sergeant with Detachment A-102, 5th Special Forces Group, 1st Special Forces at Camp “A Shau”, in the Republic of Vietnam.

When Camp A Shau was attacked by a large North Vietnamese force in the early morning hours of March 9th, Sergeant First Class Adkins rushed through intense enemy fire and manned a mortar position defending the camp. He continued to mount a defense even while incurring wounds from several direct hits from enemy mortars. Upon learning that several soldiers were wounded near the center of camp, he temporarily turned the mortar over to another soldier, ran through exploding mortar rounds and dragged several comrades to safety. As the hostile fire subsided, Adkins exposed himself to sporadic sniper fire and carried his wounded comrades to a more secure position at the camp dispensary.

Sergeant First Class Adkins exposed himself to enemy fire transporting a wounded casualty to an airstrip for evacuation. He and his group then came under heavy small-arms fire from members of the Civilian Irregular Defense Group that had defected to fight with the North Vietnamese. Despite this overwhelming force, Adkins maneuvered outside the camp to evacuate a seriously wounded American and draw fire away from the aircraft all the while successfully covering the rescue. Later, when a resupply air drop landed outside of the camp perimeter, Adkins again moved outside of the camp walls to retrieve the much-needed supplies.

During the early morning hours of March 10th, enemy forces launched their main assault. Within two hours, Sergeant First Class Adkins was the only defender firing a mortar weapon. When all mortar rounds were expended, Adkins began placing effective rifle fire upon enemy as they infiltrated the camp perimeter and assaulted his position. Despite receiving additional wounds from enemy rounds exploding on his position, Adkins fought off relentless waves of attacking North Vietnamese soldiers.

Adkins then withdrew to regroup with a smaller element of soldiers at the communications bunker. While there, he single-handedly eliminated numerous insurgents with small arms fire, almost completely exhausting his supply of ammunition. Braving intense enemy fire, he returned to the mortar pit, gathered vital ammunition and evaded fire while returning to the bunker. After the order was given to evacuate the camp, Sergeant First Class Adkins and a small group of soldiers destroyed all signal equipment and classified documents, dug their way out of the rear of the bunker, and fought their way out of the camp.

Because of his efforts to carry a wounded soldier to an extraction point and leave no one behind, Sergeant First Class Adkins and his group were unable to reach the last evacuation helicopter. Adkins then rallied the remaining survivors and led the group into the jungle – evading the enemy for 48 hours until they were rescued by helicopter on March 12th. During the 38-hour battle and 48-hours of escape and evasion, Adkins fought with mortars, machine guns, recoilless rifles, small arms, and hand grenades, killing an estimated 135 – 175 of the enemy and sustaining 18 different wounds. Sergeant First Class Adkins’ extraordinary heroism and selflessness above and beyond the call of duty are in keeping with the highest traditions of the military service and reflect great credit upon himself, Detachment A-102, 5th Special Forces Group, 1st Special Forces and the United States Army.

Adkins, age 86, passed away this weekend, reportedly from complications of COVID-19.

In related news, while the Tomb Guards at Arlington are still walking post, the Old Guard is currently conducting Memorial operations while wearing masks, in accordance with Army and CDC guidelines. 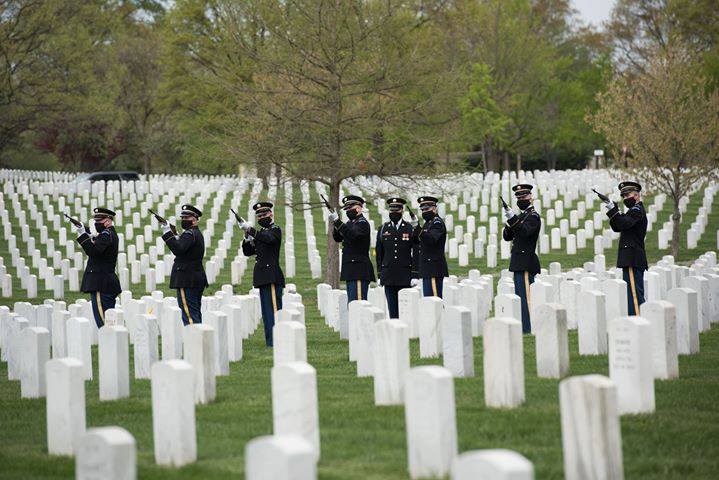