Sun is getting low for the 210s

When the 16 Reliance-class medium endurance cutters were ordered in the 1960s, they were the first cutter built as part of the Coast Guard’s post-World War II fleet revitalization and the first new USCG-designed seagoing cutter construction since the 1930s, with the 255-foot Oswego-class cutters and Wind-class icebreakers wartime Navy-oriented designs. 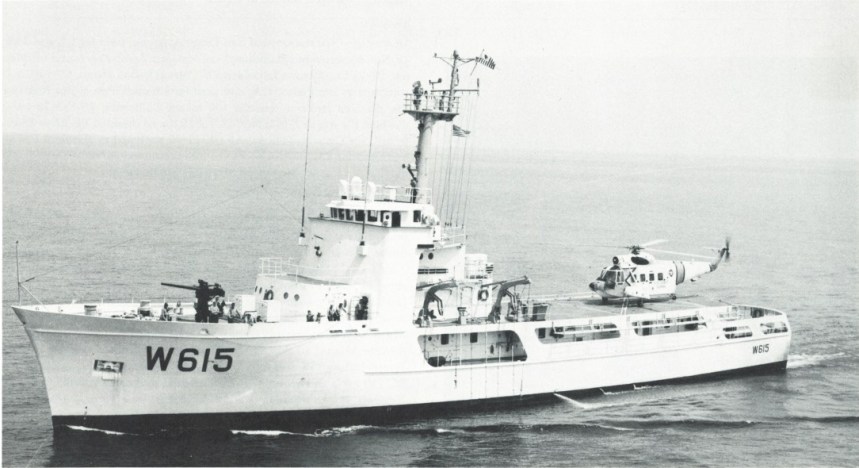 This black and white photo shows newly the commissioned Reliance (WMEC-615) with an HH-52 Sea Guard helicopter landing on its pad and davits down with one of its small boats deployed. Notice the lack of smokestack and paint scheme pre-dating the Racing Stripe or “U.S. Coast Guard” paint schemes. She has a 3″/50 forward as well as 20mm cannons for AAA work and weight and space for Mousttraps, a towed sonar, and Mk.32 ASW tubes, although they were never fitted. U.S. Coast Guard photo.

Humble 210-foot cutters, they had a lot of innovation for the period.

As noted by the Coast Guard Historian’s Office, they were the first class of cutter with a combined diesel and gas (CODAC) powerplant that “drove the cutter at speeds of up to 20 knots, so it could tow a 10,000-ton vessel or keep pace with Navy carrier fleets.” Other groundbreaking facets included the first use of air conditioning on a cutter and the first fleet of cutters designed with a flight deck for helicopter operations, a new-fangled device the USGC helped developed in the 1940s.

Built in four yards, 16 Reliance-class cutters joined the fleet in just four years, at a program cost of $54 million ($446M today), which is a deal in any decade.

In the 1980s, the 210s were given a mid-life upgrade in which their CODAC suite became diesel-only with a pair of pitch controlled main diesel engines capable of reaching a max speed of 18 knots, a midship exhaust stack, and her WWII-era armament landed for a 25mm direct-guided Mk.38 and two .50 caliber machine guns. Her flight deck, although shortened due to the new stack, was still capable of carrying and deploying an HH/MH-65 Dolphin helicopter, albeit without a hangar, and running HIFR on larger birds. 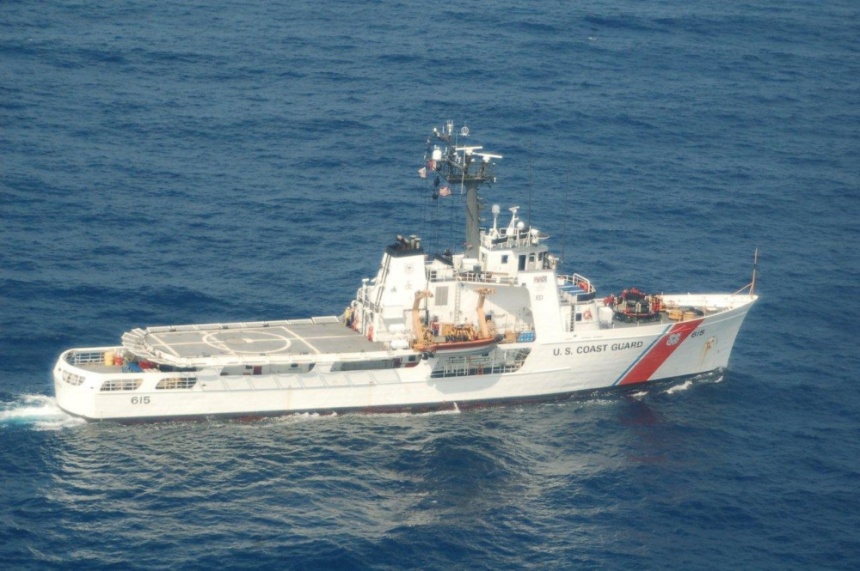 They even appeared in a number of films, with class member USCGC Dauntless (WMEC-624) showing up in the Peter Benchley/Michael Caine vehicle The Island as both a supporting actor and set for the last act of the movie.

With that being said, the 210s are in their last days and several have been decommissioned and given away as military aid. The aforementioned Galveston-based Dauntless and the Pascagoula-based USCGC Decisive (WMEC-629), the latter of which I toured several times for an article in Sea Classics magazine, transferred to Pensacola in 2017, where the service is gathering the last of the tribe “to better leverage efficiencies gained by clustering vessels of the same class.”

And such, Reliance, which has been based at Portsmouth Naval Shipyard and the town of Kittery, Maine for the past 32 years, pulled stumps for P-Cola on Monday, set for her last chapter in U.S. maritime service, which will be from P-Cola.

Or at least that’s the plan, anyway.