Originally billed as a “vest pocket .45” built for maximum concealment in mind, the 4+1 Semmerling LM-4 pistol was only 5.2-inches long, 3.7-inches high, and a svelte 1-inch wide. For reference, this puts it in the same neighborhood as common .32ACP and .25ACP pocket pistols, but in a much larger caliber. Today it still holds the title as perhaps the smallest .45ACP that isn’t a derringer and, for comparison, it is about the same size as a Ruger LCP.

It is also the only manually-worked slide action .45ACP carry gun I can think of… 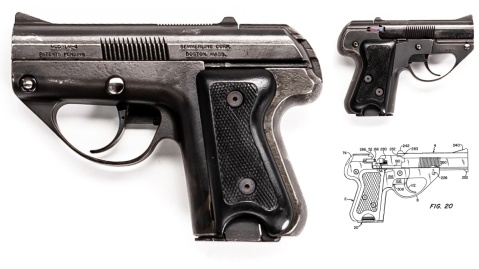 And I have been fooling around with serial number #31 lately