18 Months with a Mini Bull along for the ride

I’ve been living with the Taurus GX4 micro compact 9mm for a year and a half on a daily basis and put well over a thousand rounds through it. It has surprised me, for sure.

Taurus introduced the GX4 to the world in May 2021, and I was able to get an early test model from the company slightly before. A good sequel to the company’s budget line of increasingly well-made and dependable G2 and G3 series pistols, the GX4 was more of the same, only smaller and with a better trigger. 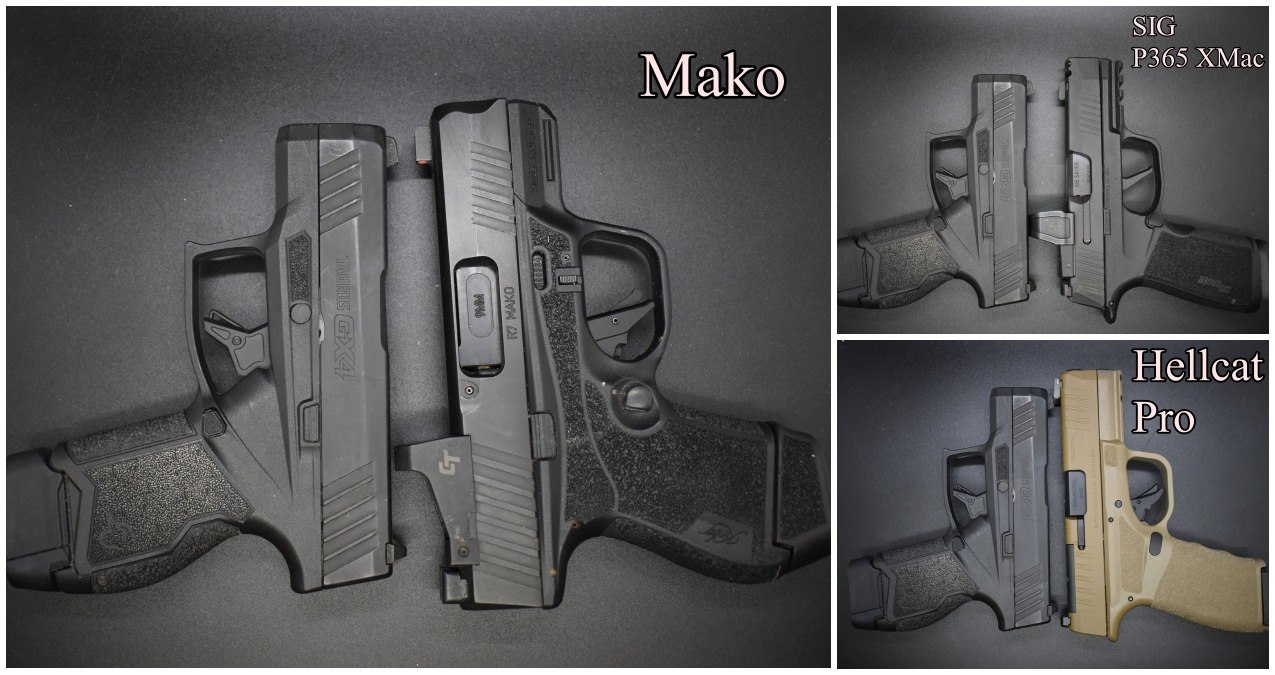 Designed for personal carry, the GX4 proved such an easy carry – just 24.8 ounces when fully loaded with 14 rounds of 124-grain Gold Dot– that it has become my go-to of late. Of note, that is the same magazine capacity as on the vaunted Browning Hi-Power, my first carry gun back in the late 1980s.

I’ve been carrying the GX4 in a DeSantis Gunhide Inside Heat, a bare-bones minimum IWB holster built from black saddle leather, and it just disappears. The pistol is, realistically, just slightly taller than a pocket gun but comes ready with 13+1 rounds.

Smith expands the EZ to become the ‘Equalizer’

On a visit to Smith & Wesson late last month, I got a sneak peek at a new pistol that became public knowledge this week– the Equalizer. While the name of the gun may sound a bit intimidating, it’s designed to be anything but. The newest member of an ever-growing concealed carry lineup, it sports a 15+1 capacity, but it comes with a 13 and 10-round magazine option as well, both of which are also included with purchase.

S&W Equalizer, photos by me

S&W combined the Shield Plus grip width and magazine footprint with the popular EZ technology up top. They switched up the grip texture a bit but still kept the same width as the Shield Plus, thus allowing it to use the same mags. On the grip, it keeps the same grip safety as the EZ series, though you can also purchase options with an additional thumb safety if you’re into manual safeties.

Anywhoo, we shall see how the market takes to the newest entry in the big capacity/small frame “micro 9” race.

Staccato, formerly STI, has been making steady in-roads with police tactical teams in recent years– having been adopted or approved by more than 250 law enforcement agencies including the elite U.S. Marshall Service’s Special Operations Group. At the same time, the company has been marketing its compact “C” series guns which have turned into a hit with consumers.

Speaking of which, the new Staccato CS is single-action like the M1911 but is in a double-stack format like the company’s 2011 line. Moreover, it runs a 3.5-inch bull barrel, making it even akin to a Colt Officer’s model– but carries with it a flush-fitting 16+1 round capacity in 9mm.

“Weighing under 23 ounces with a 3.5-inch bull barrel, this ‘little sibling’ is smaller than other members of the Staccato pistol family and made for concealed carry,” contends Staccato. (Photos: Staccato)

It should come as no surprise that I’ve always loved living history stuff ever since I was a kid.

In my 20s, I even owned a McClellan saddle– the most uncomfortable saddle I have ever used– and took part in such activities myself.

The thing is, in a state of 20 million, the hobby has now effectively been blackballed.

Following a 6-3 ruling this summer from the U.S. Supreme Court concerning New York’s unconstitutional “may issue” concealed carry permitting scheme, state lawmakers scrambled to pass a flurry of new anti-gun bills in a matter of days. Breathlessly signed into law by Kathy Hochul, New York’s unelected governor, these included NY Senate Bill S51001 which bans the carry of legally possessed firearms– even with a permit– in “sensitive” places.

The thing is, on S51001’s sweeping list are libraries, museums, parks, performance venues, schools of all stripes, and just about any facility owned by Federal, state, or local governments, with zero exceptions. What this means for reenactors at New York’s historical forts and battlefields is that, while they may be welcome, their antique flintlocks, percussion muskets, pistols, and revolvers are not– under a threat of a felony charge.

Beretta has a lot of cool products that they just carry overseas or sell to LE/Mil channels including the AR-70/90 and the PM-12 SMG. So when they have a big push to release a new gun and an updated edition of their Tactical Toblerone APX pistol rolls out, it is a kinda whomp whomp kinda moment.

On the upside, the company seems to be making a special effort to put red dots on everything in the catalog, with optics-ready models of the M9A4 Centurion, 92X Performance Defensive, and 92X RDO Compact all arriving with the feature. Beretta’s budget line, Stoeger, is seeing similar expansions.

Getting Some Sun in the Sonoran Desert

So I spent most of last week hanging out in Phoenix with some friends, covering Sig’s Freedom Days event. Tons of fun, even if I had to set up the Guns.com booth with my buddy, Ben.

Of course, I am the Jerry Garcia-looking character in the above.

Check out some of these highlights:

Anywho, got to hang out and detail the action, so expect lots of neat stuff next week about what I saw, heard, and found out.

Now to nurse that sunburn…

Savage marketed its moderately successful Model 1907/1915/1917 pistols until 1928. The handy autoloader was one of the first popular American-made semi-auto carry guns, made in .32 ACP, .380 ACP, and .45 ACP. The Savage Model 1907 was even considered by the U.S. Army in the trials which saw the Colt M1911 adopted for nearly a century of service.

Other than occasional runs of bolt-action benchrest guns and the MSR 15 Blackout pistol which was only made for a couple of years, Savage has concentrated in the long game, eschewing handguns as a category since Calvin Coolidge was in the White House.

Company officials say the time is right, now two years after it separated from Vista Outdoors to become a stand-alone operation, for Savage to move back into handguns.

Their new handgun? Polymer-framed striker-fired 9mm micro-compacts intended for carry and self-defense, use a serialized chassis that allows it to easily swap across a range of various grip frames with black, gray, and FDE modules available at launch, all with interchangeable backstraps to adjust grip size.

The “Stance” has a 3.2-inch stainless-steel barrel, making it just slightly shorter than the Glock 43 and more akin in size to the FN 503 and Sig P365 in that metric. The new Savage pistols have 7, 8, and 10-round magazine options.

Taurus goes TORO with the GX4

Taurus’ micro-compact 9mm just got a little better as the company on Friday announced a new optics-ready TORO model addition to the line.

The increasingly American-based company debuted its new micro pistol in May with an 11+1/13+1 capacity and a sub-$400 asking price. This made the gun– which I found dependable in testing— a budget competitor against similarly-sized contemporaries such as the Sig P365 and Springfield Armory Hellcat, with about the only rock that could be thrown against it is the fact that it did not come with a slide cut to support popular micro-red dot carry optics. 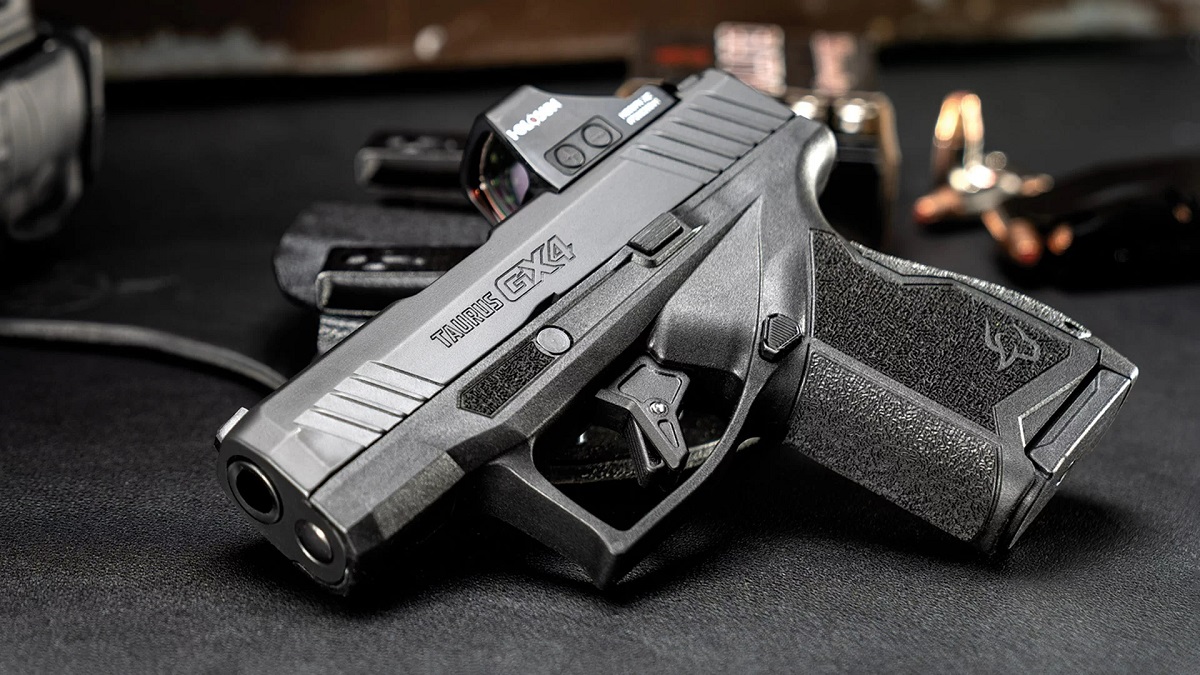 Of My Time with the GX4

Posted on August 27, 2021 by laststandonzombieisland Leave a comment
Taurus announced the new micro-compact semi-auto pistol, the GX4, in May, billed as an 11+1 shot 9mm that was roughly the size of a traditional .380 pocket gun that had half the capacity. The specs of the polymer-framed striker-fired handgun– 5.8-inches long with the small backstrap installed, about an inch wide, and 4.4-inches high with the flush-fit magazine inserted– put it in the same boat as the Ruger MAX-9, Sig Sauer P365, Smith & Wesson Shield Plus, and Springfield Armory Hellcat line.
I’ve been kicking around the new Taurus GX4 over the past couple of months, having run some 500 rounds through it, and have some things to say about it.

The 11+1 shot Taurus GX4 is definitely compact. Micro compact, you could say.

Have $400 and Want a Micro 9 with Change Leftover?

Taurus is looking to take on the big boys with its new micro pistol, which is designed to deliver maximum concealment without sacrificing capacity or ergonomics – the GX4.

Compared to other recently introduced micro 9s, such as the Ruger MAX-9, Sig Sauer P365, Smith & Wesson Shield Plus, and Springfield Armory Hellcat, the GX4 is a dead ringer as far as size goes. Plus, its flush-fit mags hold one extra round over the Sig or S&W’s comparable magazine while being on par with the Springer and one less than the Ruger.

However, where the GX4 cleans house is the price: $392. That’s the MSRP, meaning that “actual” prices at your local gun store will probably hover closer to “Three Fiddy.” 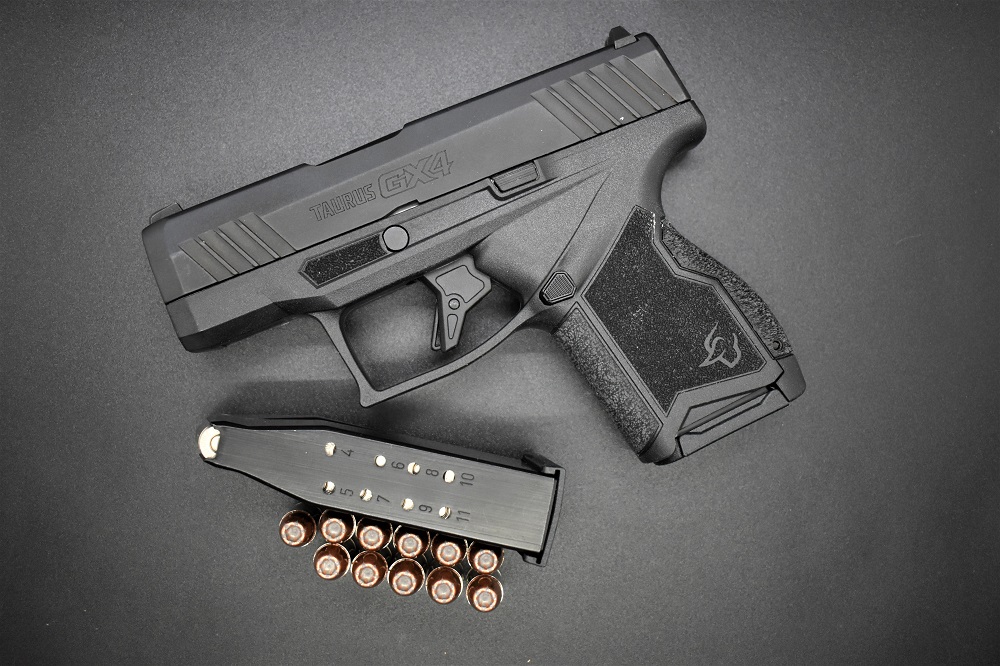