Ready for Action, 77 Years Ago Today

Official caption: “PFC Kenneth C. Crowley, USMC, Plymouth, Mass., crouches behind a log on the first day of action on Cape Gloucester. A few minutes after this picture was made, he advanced with his unit and helped knock out a Japanese pillbox. Hdqtrs No. 72489. Marine Corps Photo.” 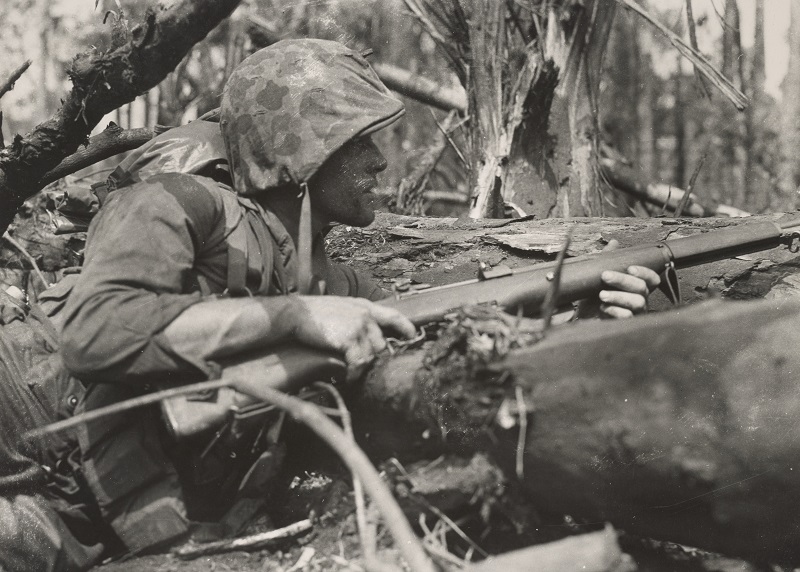 Note Crowley’s M1 Garand– which the Marines had only been issuing for about a year at this time–, extra bandoliers of clipped 30.06 ammo, and camo helmet cover. NARA 127-GR-85-72489

The 1st Marine Division hit the beaches at Cape Gloucester on 26 December 1943, fighting Iwao Matsuda’s Imperial Japanese Army’s 65th Brigade to annihilation over the course of a three-week campaign in thick jungle, suffering 1,300 casualties in the process.

While there are three Crowleys listed from Massachusetts as having died in WWII while serving with the Department of the Navy, none are the above-mentioned Kenneth.