Flash and the locals

The Canucks are speaking with a pair of local partisans, Louisa and Italo Cristofori. Note Louisa’s M1928 Thompson sub gun. 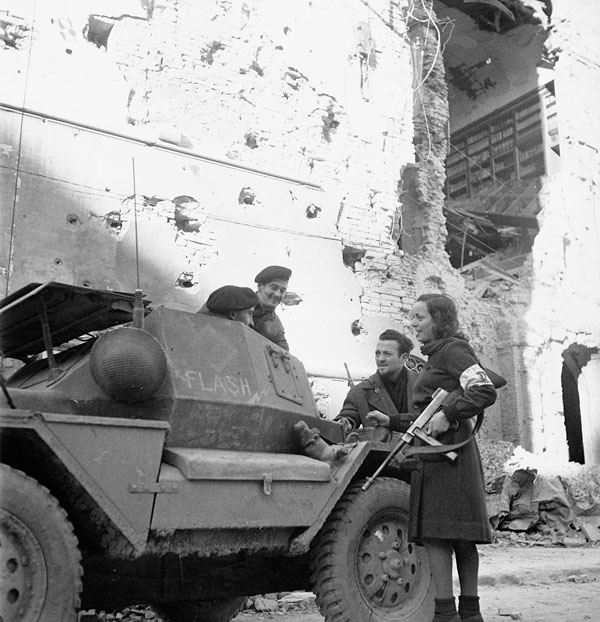 The Daimler typically carries a 2-pounder (40mm) gun as well as a coaxial light machine gun. It could make 50 mph on good roads but only had enough armor to defeat machine gun rounds. It apparently remained in service with some Commonwealth countries as late as 2012.