The Fog of War, from inside an AFV 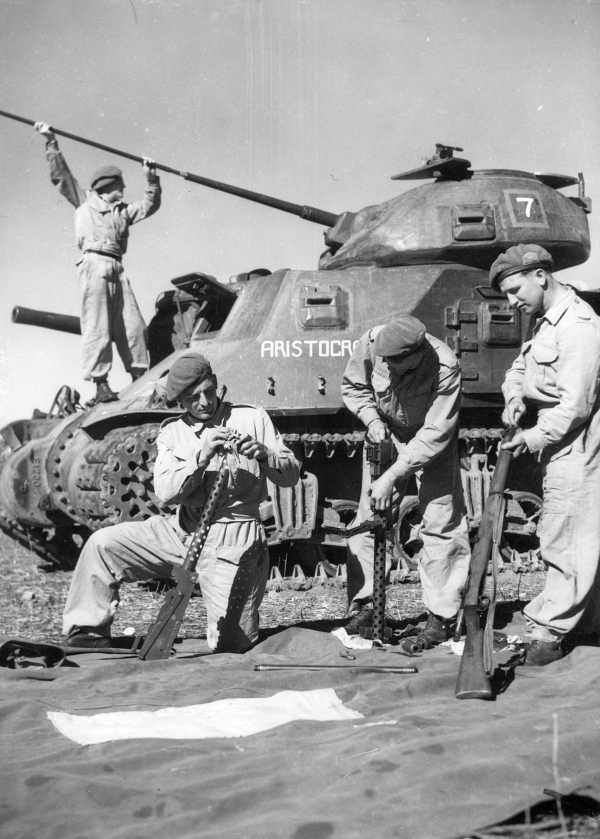 Black beret-clad tankers of the 2nd/8th Australian Armoured Regiment cleaning the collective guns of an American-made M3 Grant medium tank dubbed the “Aristocrat.” While the Russians were not impressed with Lend-Lease M3s, the British liked them well enough for use in North Africa

“The 75mm main gun is firing. The 37mm secondary gun is firing, but it’s traversed round the wrong way. The Browning is jammed. I am saying, “Driver advance!” on the A set, but the driver – who can’t hear me – is reversing. And as I look over the top of the turret and see 12 enemy tanks 50 yards away– someone hands me a cheese sandwich.” –LT Ken Giles, a British M3 Grant tank platoon commander in North Africa, during the Second Battle of El Alamein. 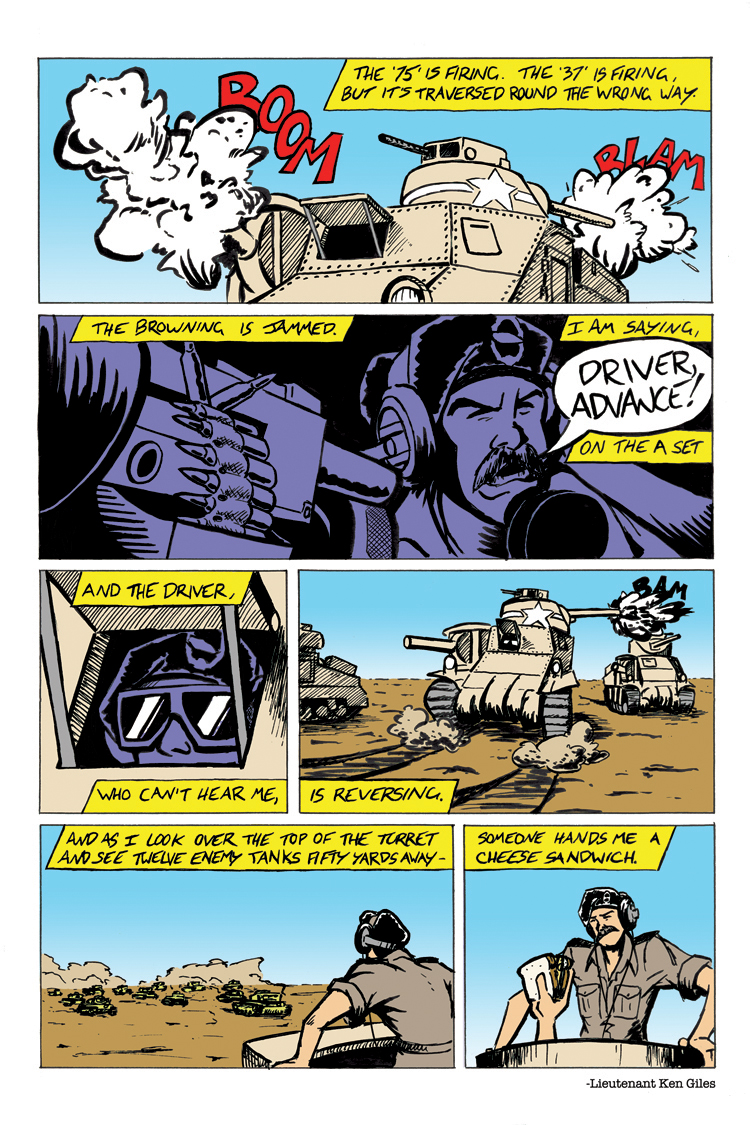