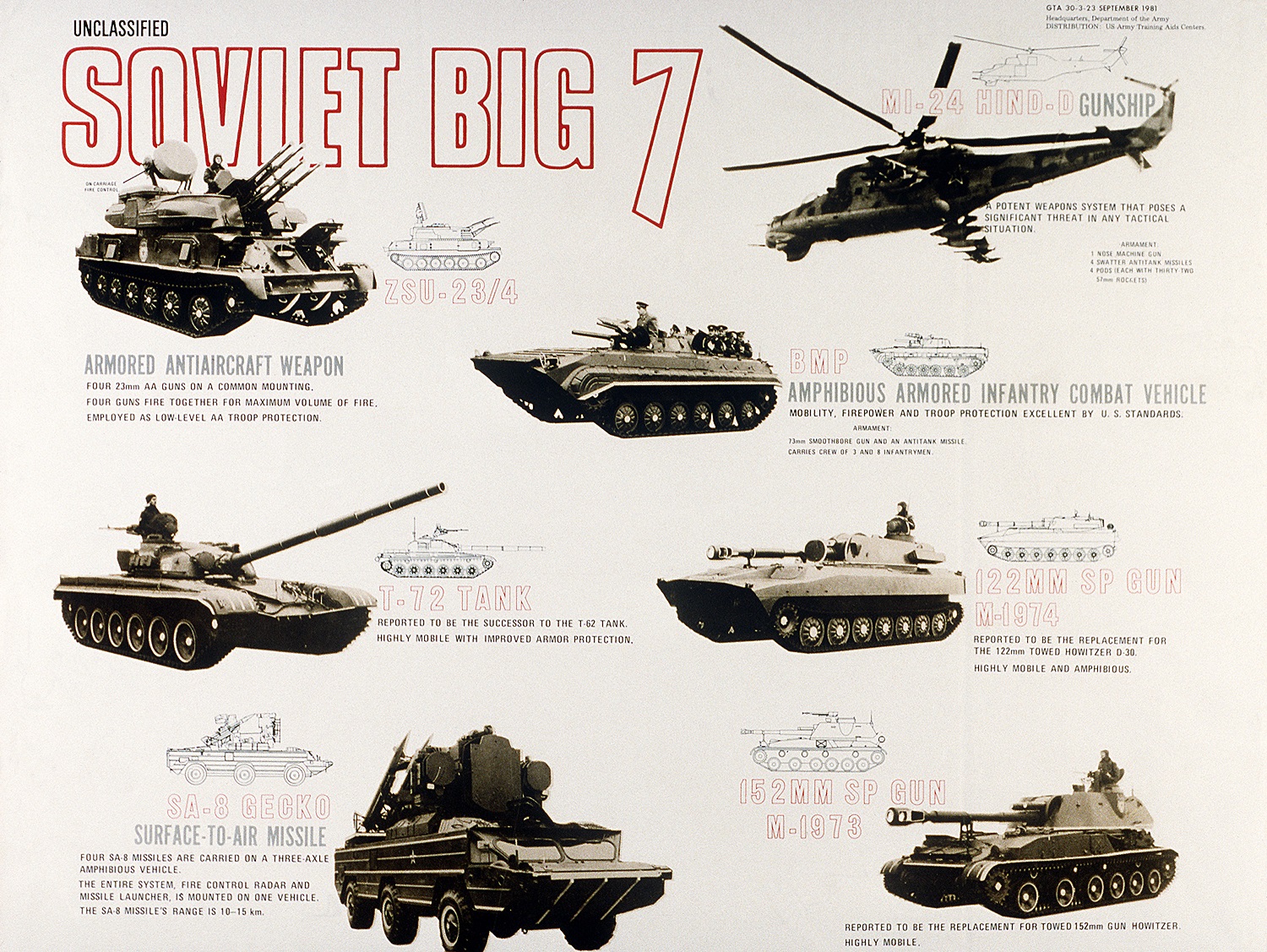 Commonly seen at the time in Red Square May Day parades and grainy intel photos from along the Iron Curtain and in Soviet-occupied Afghanistan, these were all top of the line at the time the training aid was circulated and are still encountered around the world today, making this 40-year-old poster still kinda relevant.