105mm Echos in the Russian Kurils

In the windswept and remote northern portion of Kuril Islands chain in the Sea of Okhotsk, currently-Russian owned Paramushir (AKA Paramushiro or Paramushiru) was part of the Japanese Empire from 1875 through 1945. During WWII, the local garrison, formed around the Imperial Japanese Army’s 91st Infantry “Future” Division (with six infantry and two artillery battalions), crisscrossing the island with a maze of coastal artillery positions and fortified bunkers, ready to pull an Iwo Jima on invading American (or Soviet) landing forces. Following the American liberation of the Aleutians in 1943, regular bomber air raids stitched up the island.

When the Russkies arrived in force on 18 August 1945, although the surrender of Imperial Japan was announced by Hirohito three days prior, both sides still wanted to fight for the frozen Kurils, and for two weeks, Soviet troops carried out the final opposed landing operation of the war. 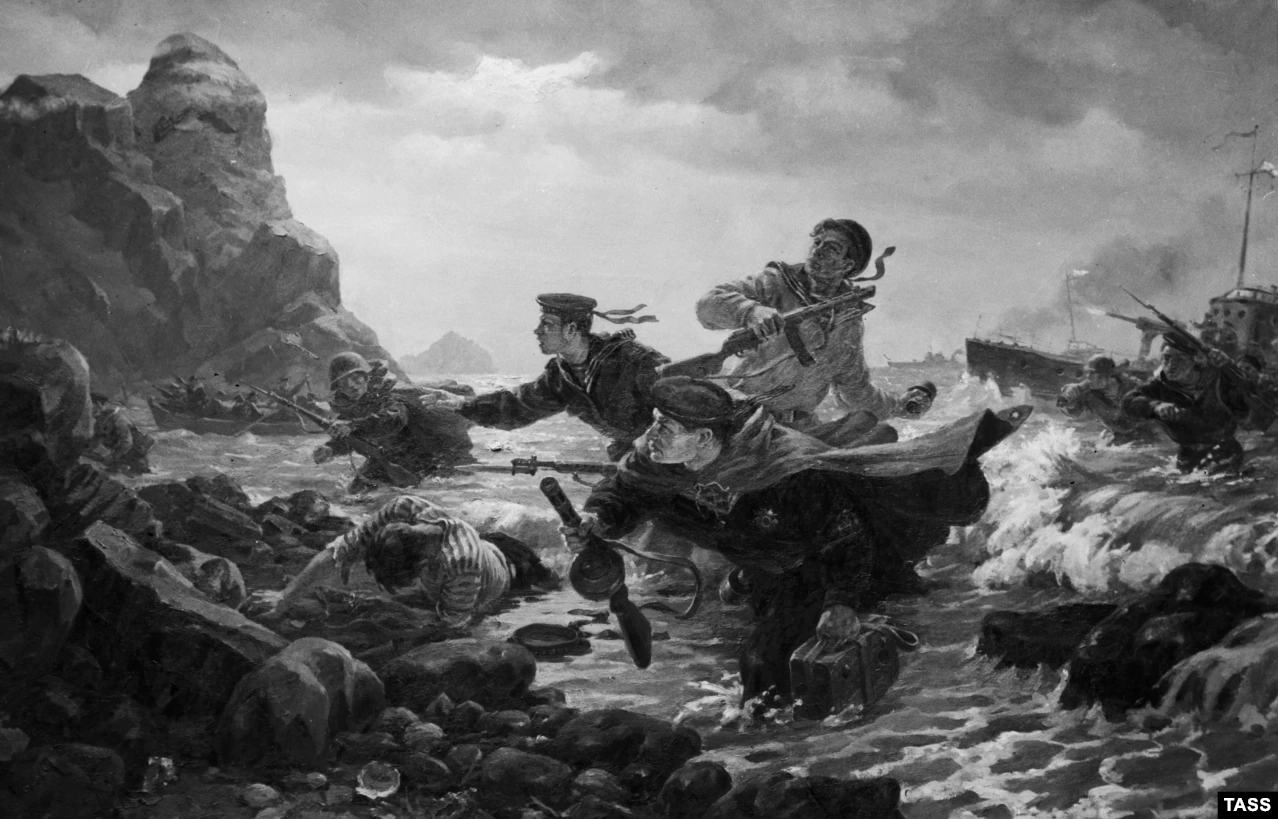 In the end, the Russians suffered some 1,500 casualties taking Paramushir and nearby Shumshu– which saw the last Japanese tank combat in history. 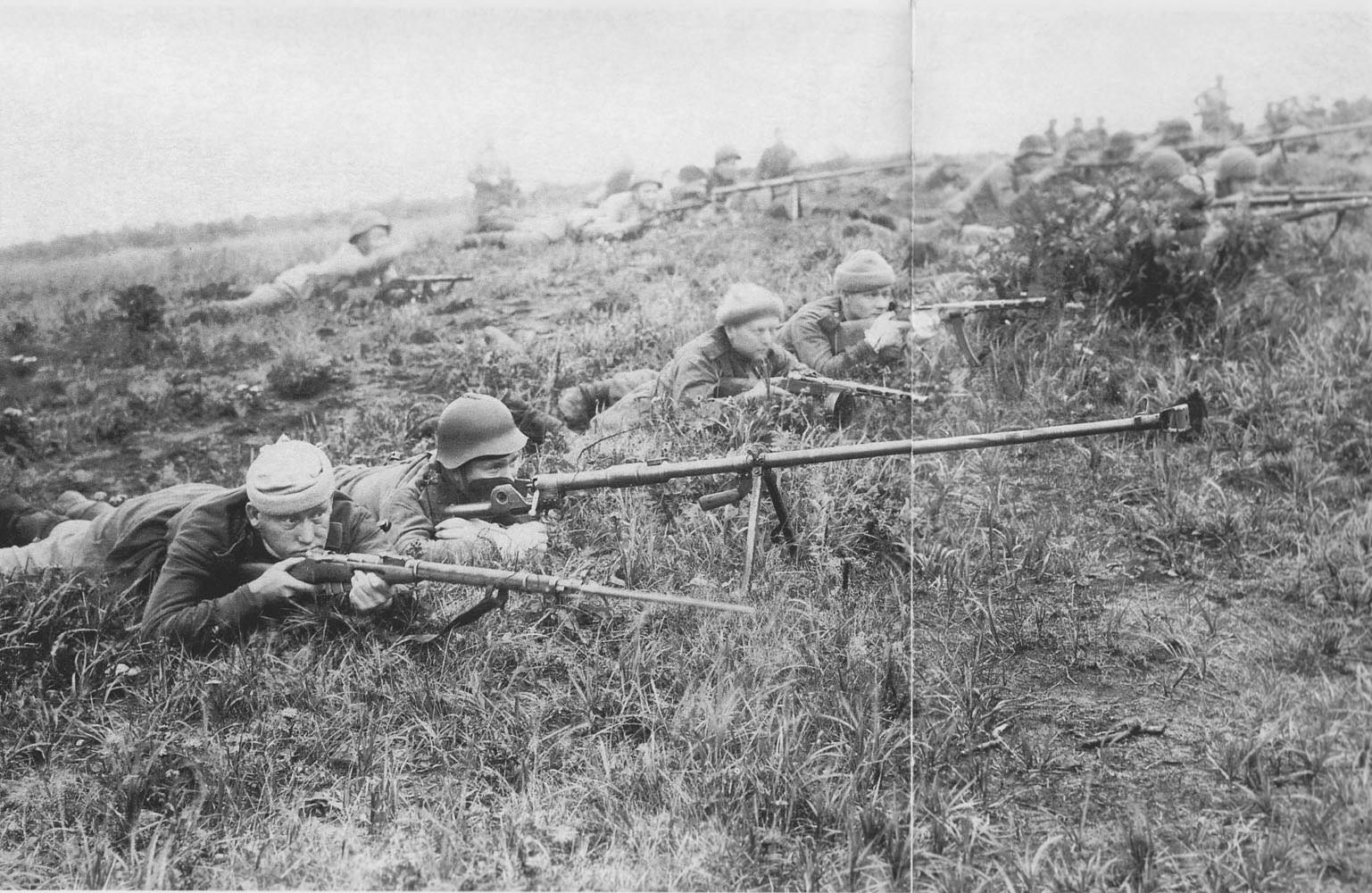 Soviet anti-tank teams on Shumshu island during the Kuril landing operation. August 1945. While the Degtyaryov PTRD-41 (shown) and Simonov PTRS-41 14.5x114mm anti-tank rifles were hopelessly obsolete by 1942 on the Eastern Front, they could still penetrate 30mm of steel armor at 500 meters, which was more than enough for Japanese Type 97 Chi-Ha/Shinimoto and Type 95 Ha-Go tanks arrayed against them in the Kuriles which boasted 25mm and 12mm, respectively, at their toughest parts.

Today, Paramushir is home to a small Russian settlement (the Japanese locals were deported to Siberia in 1947) and the parts that are not current military bases are often visited by historians of all stripes to poke around and look for WWII sites and objects. One such expedition recently photographed a fairly well-preserved Japanese Type 92 10 cm (105x737R) howitzer still buried in its hillside position. 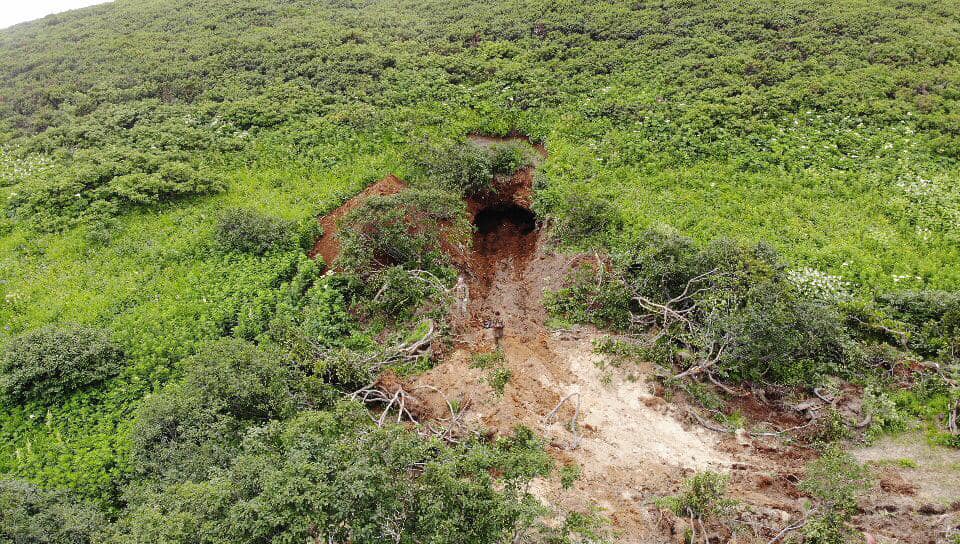 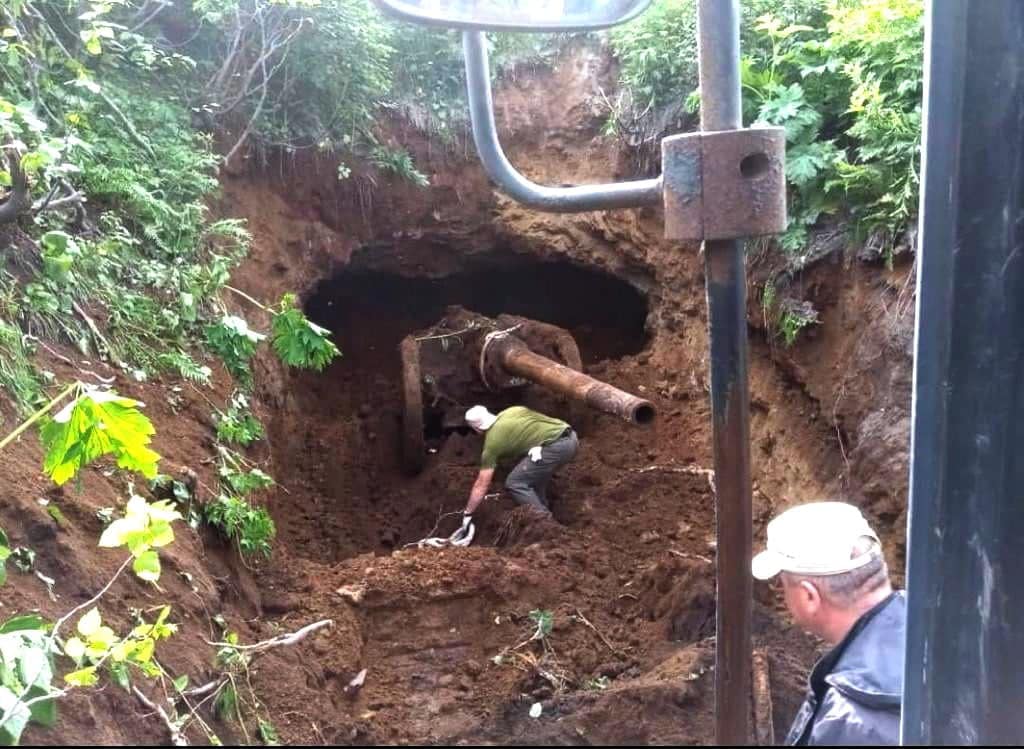 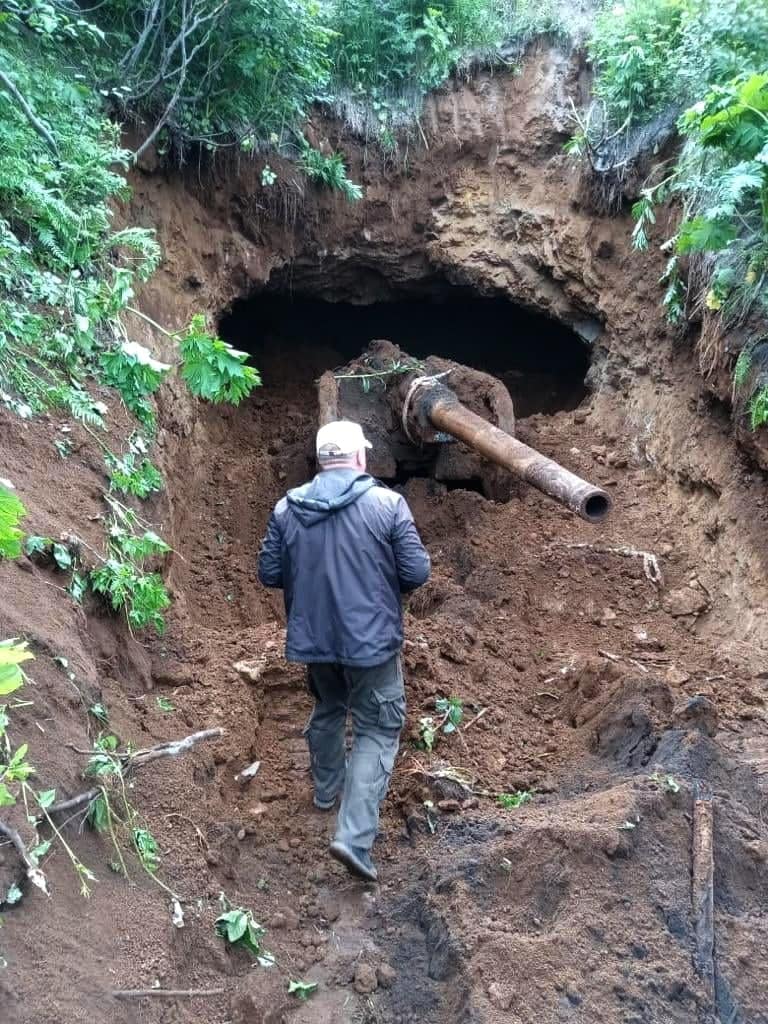 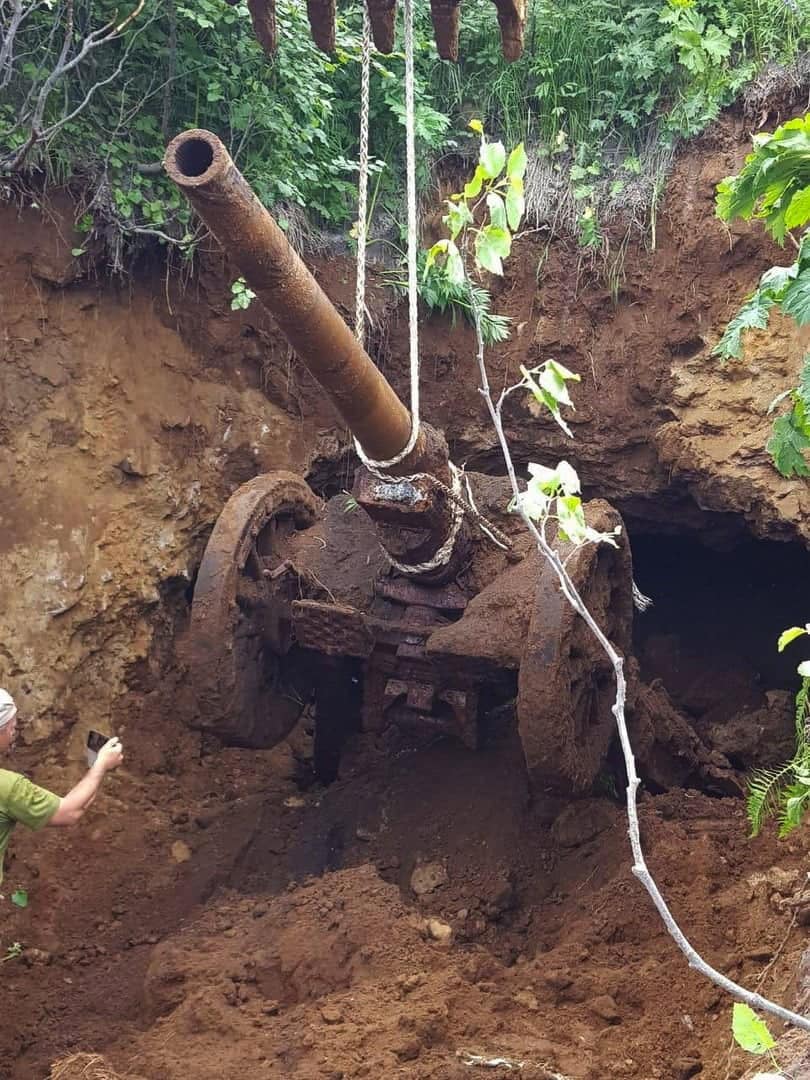 The long-barreled Type 92 was well-known to U.S. troops, having been the bane of American positions at Corregidor and Henderson Field. The Soviets, meanwhile, had experienced the gun in 1939 at Khalkhin Gol where some guns fired so many shells in such a short period that they reportedly glowed red. 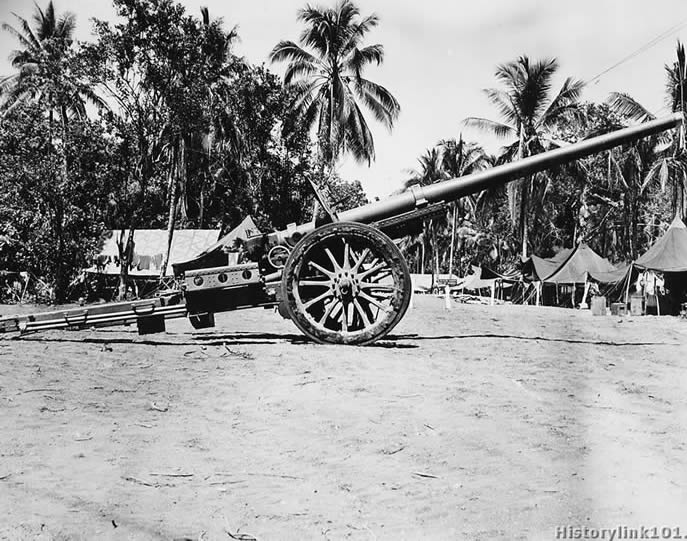 Pistol Pete was a type 92 10cm field gun used by IJA at Guadalcanal.