Other than a couple of heirlooms that are steeped in family history, the most cherished firearm in my collection is the Colt M1911A1 mixmaster that I received through the Civilian Marksmanship Program via the “Army’s attic” at Anniston Army Depot. 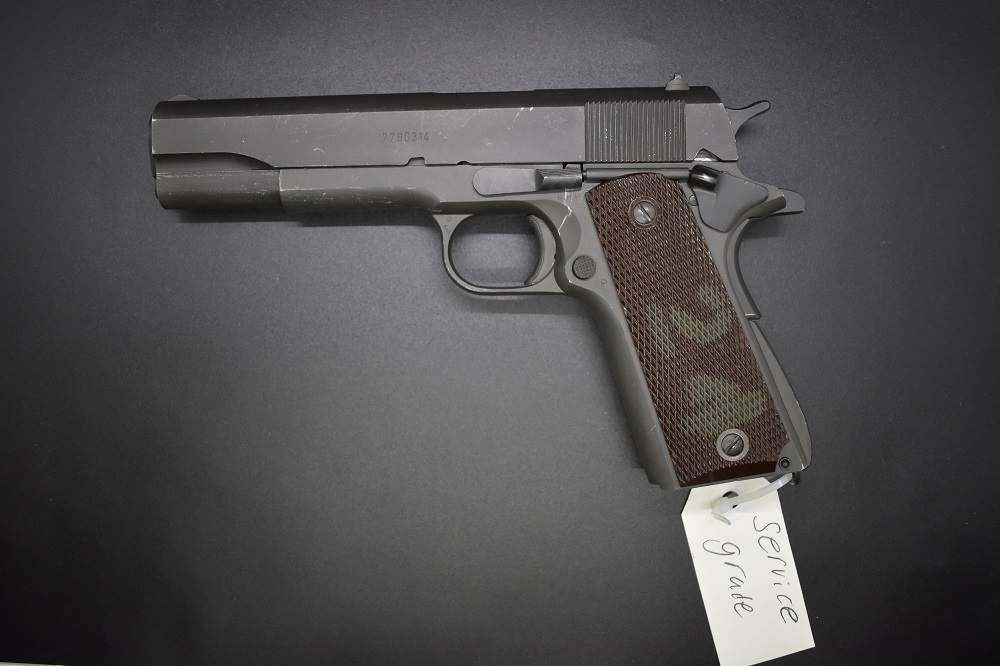 I just refer to it as “No.24” for obvious reasons. Gotta love the 19-year old PFC that probably put the dummy mark on it…

So far about 20,000 of these veteran pistols have been transferred to the CMP over the past few years from the Army’s stockpile of about 100K held in long-term arsenal storage at Anniston. The guns, remnants of more than two million produced for the Army between 1912 and 1945, were withdrawn from front-line duty in the mid-1980s, replaced by the M9 Beretta.

However, to be clear, some of these guns were very much in recent 21st-century martial service.

Retired Green Beret Jeff Gurwitch covers the “re-adoption” of the M1911A1 by U.S. Special Forces after 9/11 in the below very interesting video. The half-hour piece covers the timeline, how it was employed, accessories, and its performance in Iraq and Afghanistan.