Posted on February 25, 2022 by laststandonzombieisland 2 comments

Dornier Flugzeugwerke’s all-metal three-engined Do 24 flying boat was designed in the mid-1930s to replace the Dutch Navy’s Dornier Do J Wal (whale) aircraft flown in the Dutch East Indies.

Below we see a Dornier Wal, taking off next to the Dutch cruiser Java, somewhere in the Dutch East Indies. As pointed out by Georgios Nikolaides-Krassas, an avid LSOZI reader, the Wal was “Do-24s ‘grandfather,’ so to speak, and predecessor in the Netherlands Naval Aviation Service (Marineluchtvaartdienst-MLD). Judging by the presence of the 75 mm/55 cal. Bofors/Wilton-Fijenoord Mark 4 AA guns and the awnings, the photograph must have been taken in the Dutch East Indies at some point between 1926, when the Do-J was introduced in MLD service, and the refit in the early 1930s that saw the removal of said AA guns, a few years before the first flight of the prototype of Do-24 (which, it must be pointed out, was developed to meet a requirement by the MLD).” 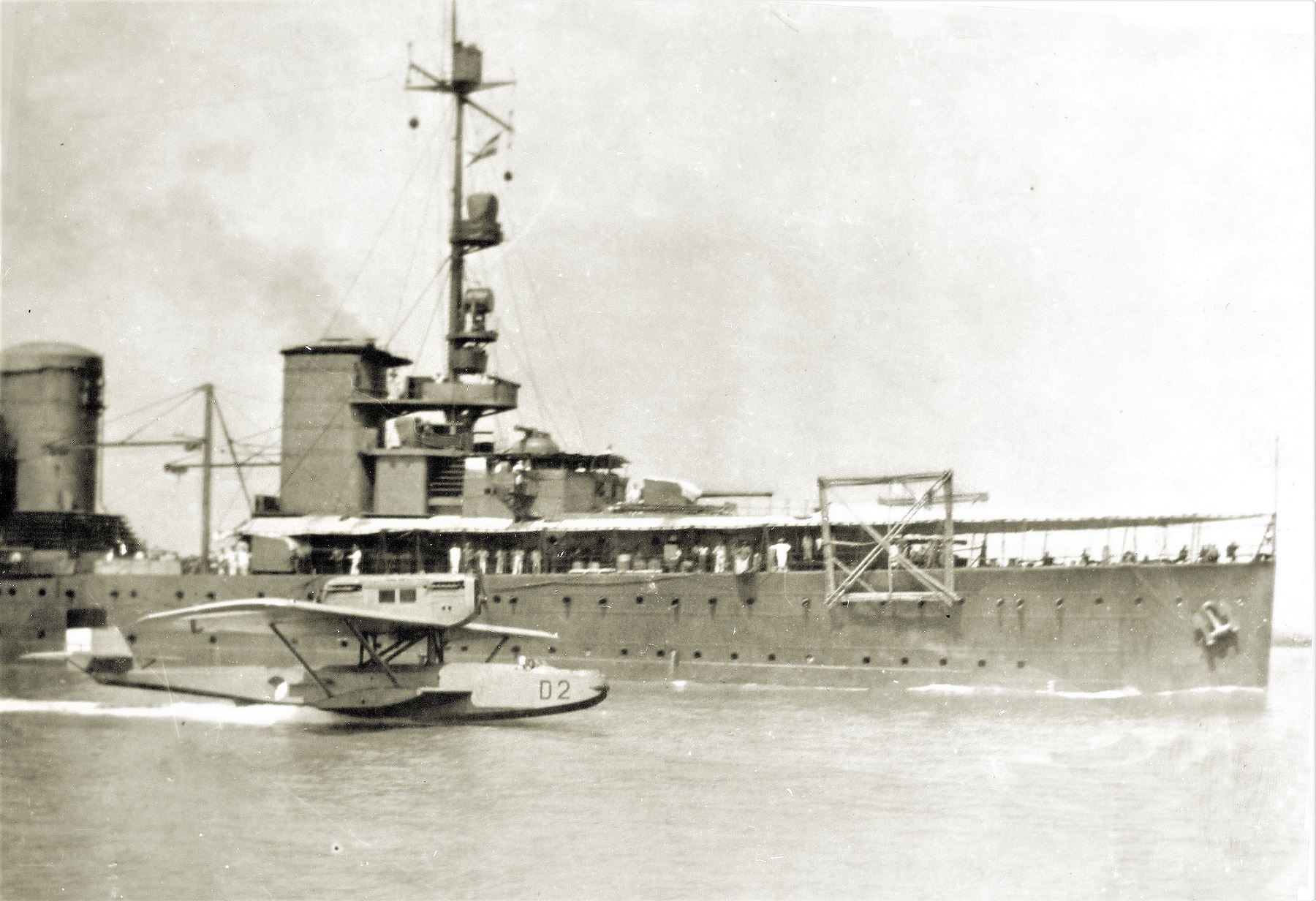 The Do 24 was a big, beautiful aircraft, with an 88-foot wingspan– nearly as wide as the famed PBY Catalina. With a 150kt cruising speed, the ability to carry over 2,600-pounds of ordnance under its wings, and a 1,600nm range, they could pose a serious threat to approaching sneaky enemy fleets. 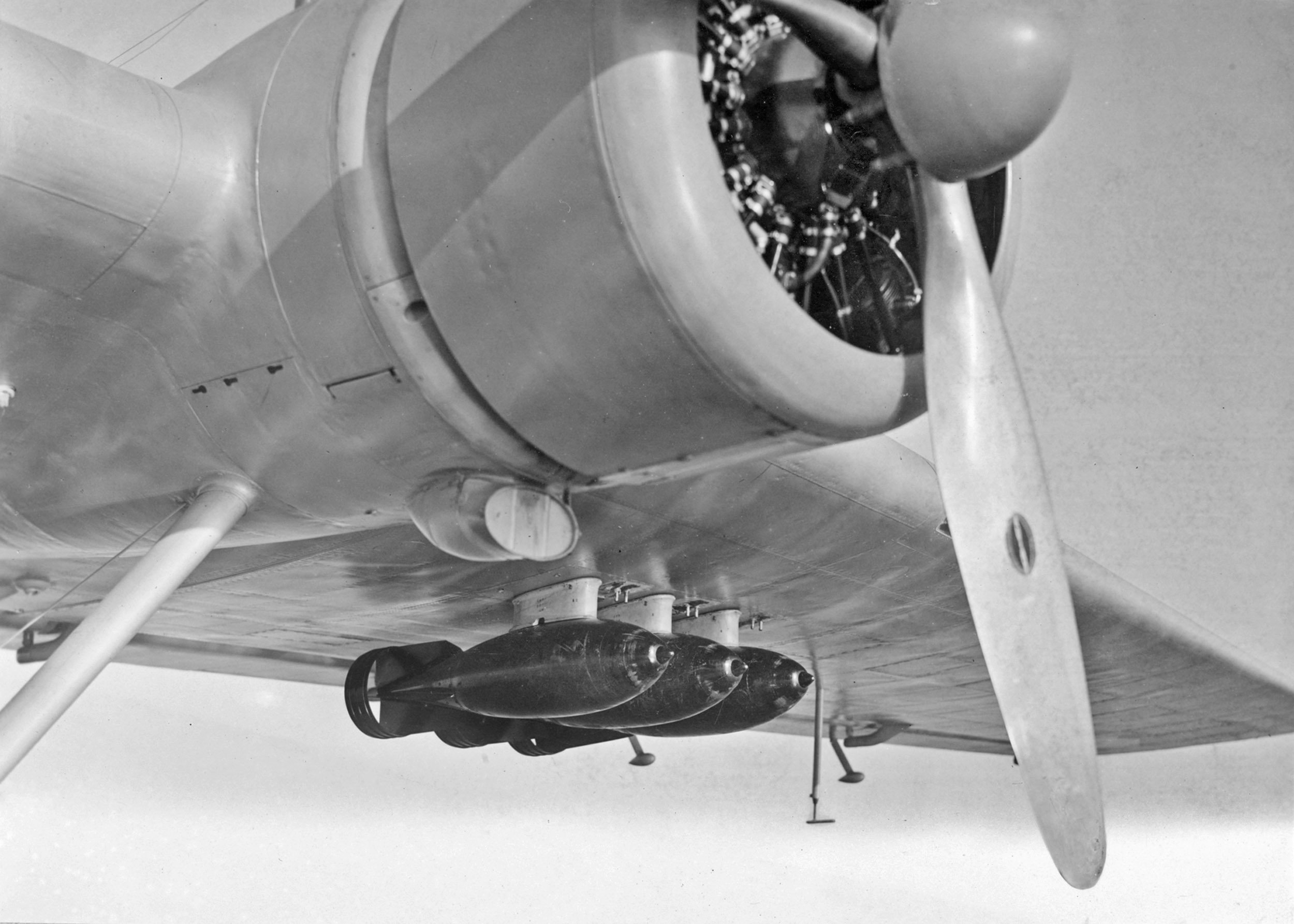 Bomb suspension of the first Dornier Do 24K-1 maritime patrol flying boat (German: Hochsee-Aufklärungsflugboot) of the Naval Aviation Service (MLD), built by Dornier in Friedrichshafen (South Germany). They could carry six 200 kg (440-pound) bombs, three under each wing. Also, note the searchlight on the engine cowling.

The Dutch wanted 90 of the aircraft, with the first third built by Dornier in Germany and the rest under license by Aviolanda in Holland.

When the Germans swept through the Lowlands in May 1940, they captured 26 incomplete aircraft in Holland and went on to build another 159 for the Luftwaffe on the Dutch line, substituting BMW-made Braamo engines– the same type used in the Focke-Wulf Fw 200 Condor.

Meanwhile, on the other side of the globe, some 37 Do.24s were in service in the Dutch East Indies, concentrated mostly at Naval Air Station Morokrembangan near Soerabaja in eastern Java, and proved vital in the short three-month campaign for those islands.

It was a Do.24 that alerted the Dutch garrison at Tarakan that the Japanese invasion fleet was over the horizon, allowing the important oil fields there to be put to the torch.

The Japanese Fubuki-class destroyer Shinonome met her end on the morning of 17 December 1941 while part of the Borneo invasion force at the hand of a Do 24.

As detailed by Combined Fleet:

After it became apparent that the Dutch East Indies could not be held in the face of the overwhelming Japanese effort, 11 surviving Dorniers were able to evacuate to Australia in late February 1942– some 80 years ago today.

“A Japanese air raid on Tuesday morning 3 March 1942 resulted in the loss of nine MLD flying boats, which were moored in Roebuck Bay near Broome (Western Australia). These were the Dornier Do-24K-1 flying boats X-1, X-3, X-20, X-23, X-28, and the Consolidated PBY-5 Catalina flying boats Y-59, Y-60, Y-67, and Y -70. The photo shows the smoke development, which presented a sinister spectacle over the bay just after the attack.”

The final six Do 24s served with the Australians, absorbed in No. 41 Squadron RAAF as A49 1-6, serving as amphibian transports between Australia and New Guinea until late in the war.

The exiled Do.24s mirrored the work of the Free Dutch No. 320 (Netherlands) Squadron RAF, which was formed from Marineluchtvaartdienst personnel that escaped from Holland to the UK with eight Fokker T.VIIIW twin-engined patrol seaplanes. The latter squadron finished the war flying Hudsons.

All photos via the NIMH, which has a very nice photo collection of these aircraft in action, both in German and Dutch livery.